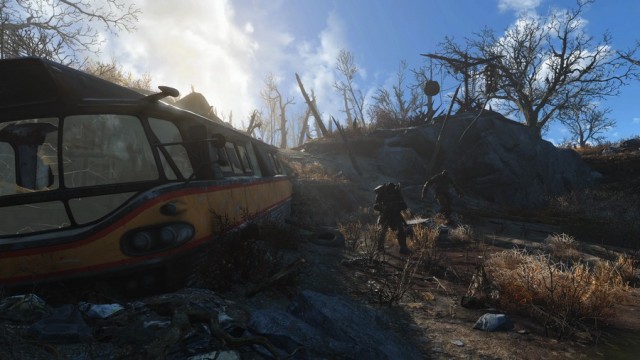 There are currently no plans to implement paid mods in Fallout 4, Bethesda has confirmed, A couple of months ago, Valve announced that Steam would start selling paid mods and that Skyrim was one of the games whose mods could be bought and paid for. However due to massive fan backlash , Valve decided to do away with the feature.

When Bethesda announced Bethesda.net, its own in-house client dedicated to its games and associated mods , people had started to worry that this hinted at possible paid mods and curation . However clearly Bethesda has learn from their mistakes , German publication Spiegel Online, the digital version of Der Spiegel, asked game director Todd Howard about paid mods towards the end of their interview , and his reply was a breath of relief to millions of PC Gamers .

SPIEGEL ONLINE: In the Microsoft press conference was announced that created by PC Fan extensions to run on the Xbox One. If you have to pay for some mods? In “Skyrim” Bethesda has experimented with a Mod-payment option , which was withdrawn after fan protests.

Howard: How long was the online payment system? 24 Hours? I can only speak for the present time, but currently there are no plans for a payment system.

No plans at the moment then. We’re sure we’ll hear plenty more about Bethesda.net over the coming months, including some concrete information on what it offers. Until then we’ve got Fallout 4 itself to look forward to, which is coming out on November 10th for PC, PlayStation 4 and Xbox One.