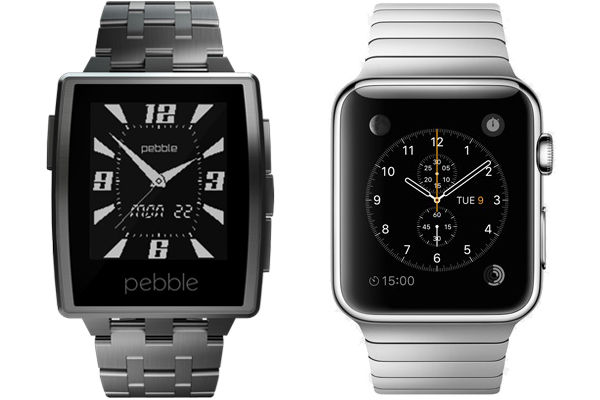 Is Apple quietly shunning developers for supporting Pebble? With the Apple Watch set to launch on Friday, one Pebble developer has shared some alarming news, and it could have some very dire implications.

According to the developer of SeaNavUS, Apple rejected an update to its app for declaring Pebble support; it’s unclear if other developers have experienced the same issue, though it brings up the question: is Apple going to strong-arm Pebble’s platform out of its walled garden? Maybe, maybe not.

Apple is explicitly clear about why the app was rejected, and it sounds like simple semantics, rather than a declaration of war on Pebble itself.

We noticed that your app or its metadata contains irrelevant platform information in the app. Providing future platform compatibility plans, or other platform references, is not appropriate for the App Store. Specifically, your app and app description declare support for the Pebble Smartwatch.

As part of Apple’s developer agreement, developers are forbidden from mentioning competing platforms in an iOS App Store description, and even in an app’s metadata. As you can see in the rejection letter the SeaNavUS developer got, the app contained mention of Pebble in its metadata, which is a no-no.

It’s possible the app can simply be resubmitted minus the mention of Pebble and receive the green light from Apple. It’s worth noting that SeaNavUS apparently had mention of Pebble even before its recent update, but the issue wasn’t brought up by Apple until now.

As 9to5Mac notes, Pebble’s own app remains unaffected, which means Pebble users can go about their business as usual.

Will this affect the chances of Android Wear coming to iOS (if it is in the works)? Probably not. The timing of the rejection isn’t great, but it sounds like a simple fix is in order. Now, if Pebble’s app suddenly got rejected, then that would really be news.