AMD promised the agitated consumers that they will be releasing a driver hotfix in order to fix the issues on the RX 480, ones that met with wide negative reception. The hotfix is due tomorrow i.e 7th of July. The drivers, however, will take further time to mature enough to push the RX 480’s performance to the utmost. This particular hotfix will undervolt the card and bring it to the intended specification, something that according to AMD was prevalent in a few production batches. Trivially, undervolting would pacify performance but in this case, the card was consuming more than the intended cap and hence, undervolting the GPU would not only relieve the VRMs of unnecessary stress but also ameliorate the performance.

In addition to this, AMD will also be including a ‘Compatibility’ profile which would alleviate the overall power consumption of the card. This is a huge delight for the power conscious gamers as the Low Power profile would reduce the card’s power consumption to much below its 150W TDP. WCCFtech also did a power efficiency guide for the RX 480, which can be accessed through this link. LegitReviews also conducted a similar experiment and undervolted the card. The results were quite unanticipated as in contrast to performance decrement, there was a discernible bump while the power efficiency was significantly improved (LegitReviews Article) 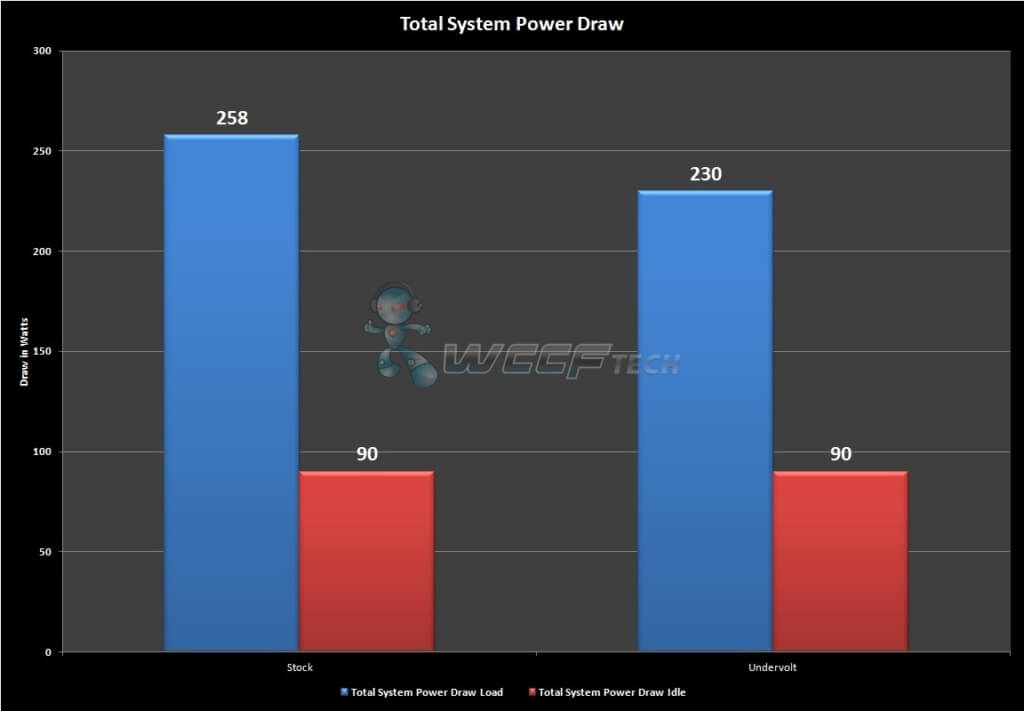 Thankfully, AMD has detailed that the low power profile is an optional feature and is segregated from the PCIe power draw hotfix which would be enabled on the installation of Crimson 16.7.1 itself. AMD also affirmed some goodies on top including an overall performance boost of 3%.

We promised an update today (July 5, 2016) following concerns around the Radeon™ RX 480 drawing excess current from the PCIe bus. Although we are confident that the levels of reported power draws by the Radeon RX 480 do not pose a risk of damage to motherboards or other PC components based on expected usage, we are serious about addressing this topic and allaying outstanding concerns. Towards that end, we assembled a worldwide team this past weekend to investigate and develop a driver update to improve the power draw. We’re pleased to report that this driver—Radeon Software 16.7.1—is now undergoing final testing and will be released to the public in the next 48 hours.

In this driver we’ve implemented a change to address power distribution on the Radeon RX 480 – this change will lower current drawn from the PCIe bus.
Separately, we’ve also included an option to reduce total power with minimal performance impact. Users will find this as the “compatibility” UI toggle in the Global Settings menu of Radeon Settings. This toggle is “off” by default.

Finally, we’ve implemented a collection of performance improvements for the Polaris architecture that yield performance uplifts in popular game titles of up to 3%. These optimizations are designed to improve the performance of the Radeon RX 480, and should substantially offset the performance impact for users who choose to activate the “compatibility” toggle.

Nvidia RTX 20 series: Is the hype really worth it?