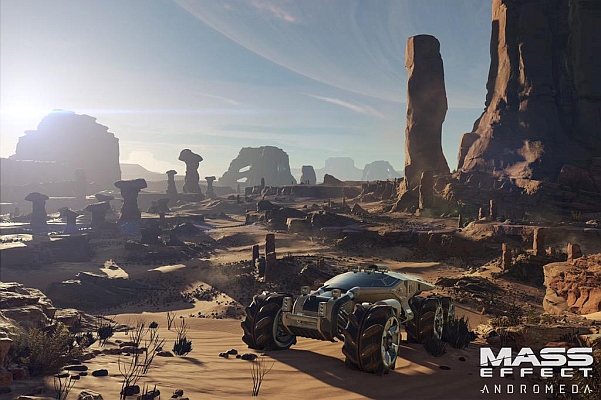 Four Novels To Tell It All:

Mass Effect: Andromeda is in the works and should grace our lives sometime in early 2017. The up and coming installation of Mass Effect promises’ to reinvent the Mass Effect franchise. From what little footage, that has been released by Bioware, it is clear that the franchise is definitely stepping in uncharted territories when compared to the previous three games. The game is set in an entirely different galaxy and Bioware made it official that the newest installation will not be a continuation of Shepard’s story. Since this was announced the most talked about point of all, among the fan base, has been the topic of how exactly, does the new game link with the old ones since it does take place in the same universe. The answer to this long-standing question will come in the form of novels. Four of them to be more precise.

Titan Books is going to publish four novels that will directly tie in Mass Effect: Andromeda to the events of the existing Mass Effect universe. The series promises to shed more light on the many questions that fans have been asking since the end of the original trilogy.

“Titan will publish four unmissable Mass Effect novels, sure to appeal to the game’s huge number of fans. ” the announcement reads.

” The novels will act as prequel and sequels to the events in the games and will become part of the overarching Mass Effect saga. They will focus on key characters and answer the many questions fans have been asking. ” reads the last few lines of the announcement. 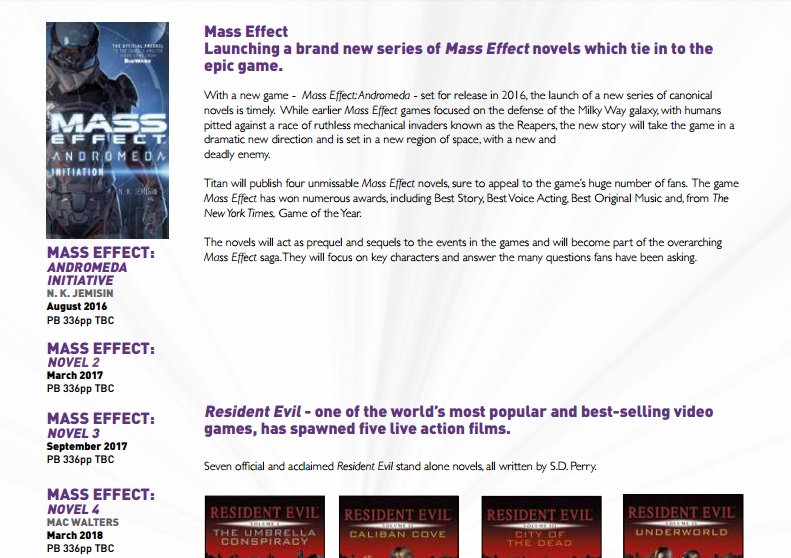 It will be quite exciting to see how exactly the novels will tie in Mass effect Andromeda to the rest of the Mass effect universe.  We may even find out which ending from Mass effect 3 was canon ( a bit of wishful thinking never hurts, eh ? )

P.P.S : Although the description in the picture states that the game is coming out in 2016, it is not. The announcement reveals info from the London Book Fair, held in April 2016.