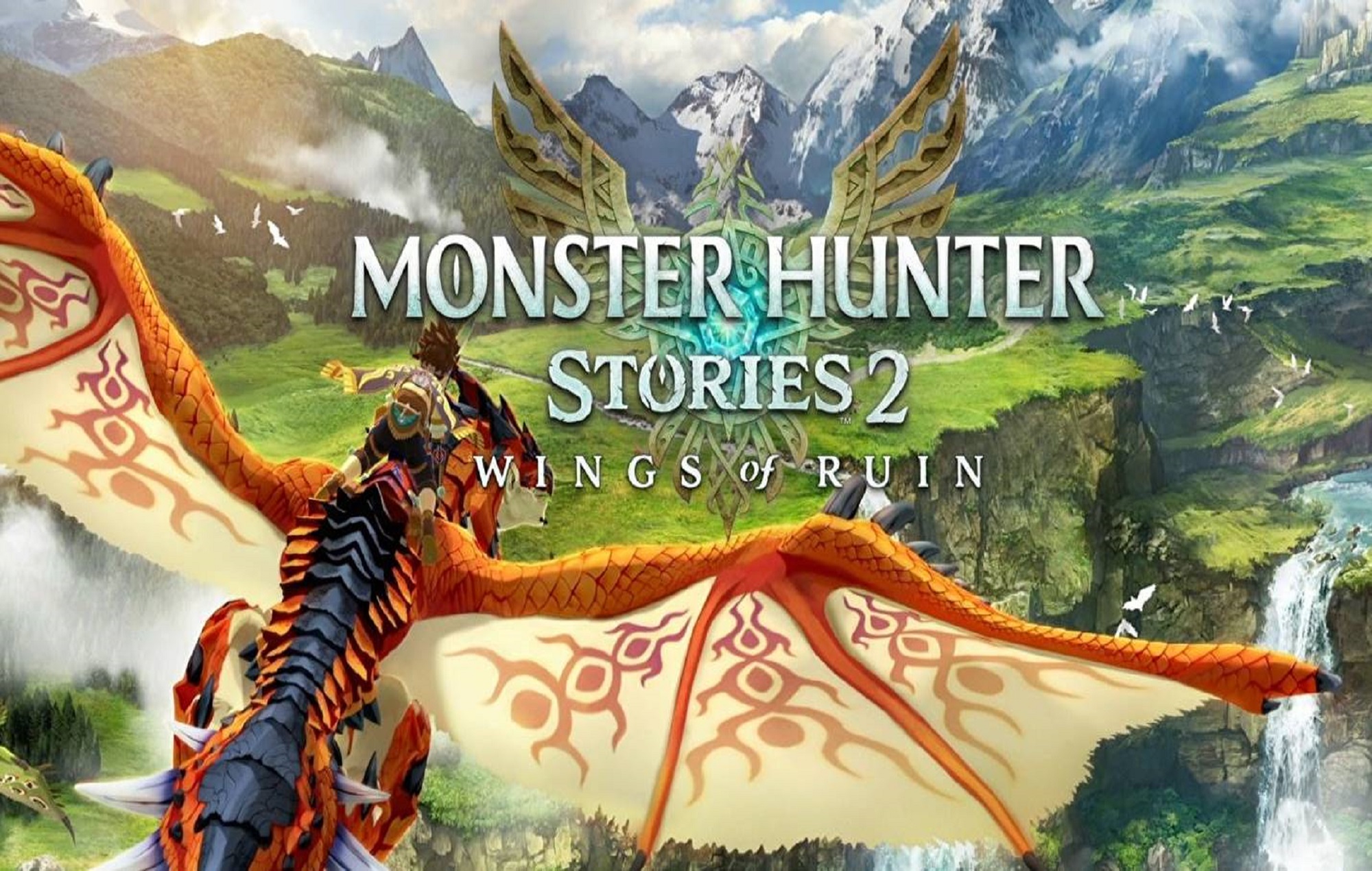 After sweeping the PC crowd with their hit Monster Hunter World, Capcom has released another Monster Hunter game on PC. A vastly different experience from the action-oriented world, Monster Hunter Stories 2 is a turn-based RPG that focuses on you capturing and taming “monsties” instead of outright slaying them.

Monster Hunter Stories 2’s departure from its mainstream siblings starts with its story. As the game’s title suggests, there is a focus on the storytelling aspect, with the game taking time to delve into the lore of the world, the monsters, and their relationships with the humans.

You play as the grandson of a legendary rider, who embarks on an epic quest to uncover the mystery behind the Wings of Ruin, a Rathalos prophesized to bring death and calamity to the world.

Monster Hunter Stories 2 Wings of Ruin is a sequel, but it is aimed at all audiences: both old fans and first-timers and it does an excellent work of introducing people to the lore and world of Monster Hunter.

The story follows a largely linear structure with a ton of sidequests that you can undertake. While the story doesn’t have a lot of twists but it does build up substantial before ending with a satisfying conclusion. Sadly the pace does feel a bit sluggish at times.

You are constantly running errands, and the first 10-12 hours of play feel tiring and monotonous. It took me about 30 hours to complete the story, and towards the end, I felt the game made up for its earlier pacing.

Thankfully, the characters, many of whom are old acquaintances from the first Stories, are charismatic and I quickly became fond of them. Their cheerful and charismatic performances managed to keep the plot from getting too stale and keeping things lively.

For fans of the series, it is fascinating to continue to know a little more about the lore of the saga, with the relationship between hunters, Wyverians, and riders.

The biggest departure from the mainline Monster Hunter games is that Stories 2 shifts to turn-based gameplay instead of the traditional hack and slash offerings of its big brothers.

Monster Hunter Stories 2 does an excellent job of implementing some of the core mechanics from the main game. Riders have six types of weapons that include the fan favorites such as the hammer, greatsword and their monsties display attacks that players have become accustomed to.

The basis of the combat systems follows a rock-paper-scissors system with three types of attacks: Power, Speed, and Technical. Speed defeats Power, Technical beats Speed and Power defeats Technical. Both monsties and their riders have access to these 3 attack types, along with other options.

Skills, weapon and Monstie changes, special blows, weaknesses to the natural elements, use of objects, and devastating ultimates spice things up.

People looking for a challenge similar to the main games will however be disappointed, as depending on the amount of XP you grind, sooner or later you are going to become nearly unstoppable as your ragtag group of monsties evolves into powerful badasses.

The world of Monster Hunter Stories 2 is large and full of exotic biomes, large sections that will take us to small dungeons much more corridors that hide treasures, and monster nests.

While the beauty of these environments does a good job of creating good initial impressions, it soon becomes evident that it’s a rather dumbed-down ecosystem that doesn’t hold a candle to the mainline games.

There is very little incentive to explore, and there’s a lack of suspense in the open world.

Raising monsties is a very enjoyable and cathartic experience. You start off by stealing a higher or lower quality egg from a nest, and once it will hatch and you can customize it from its gene tree that we can alter to improve its statistics.

Although the game isn’t going to win any awards for its visuals, it gets the job done in bringing the world and characters of Monster Hunter to life.