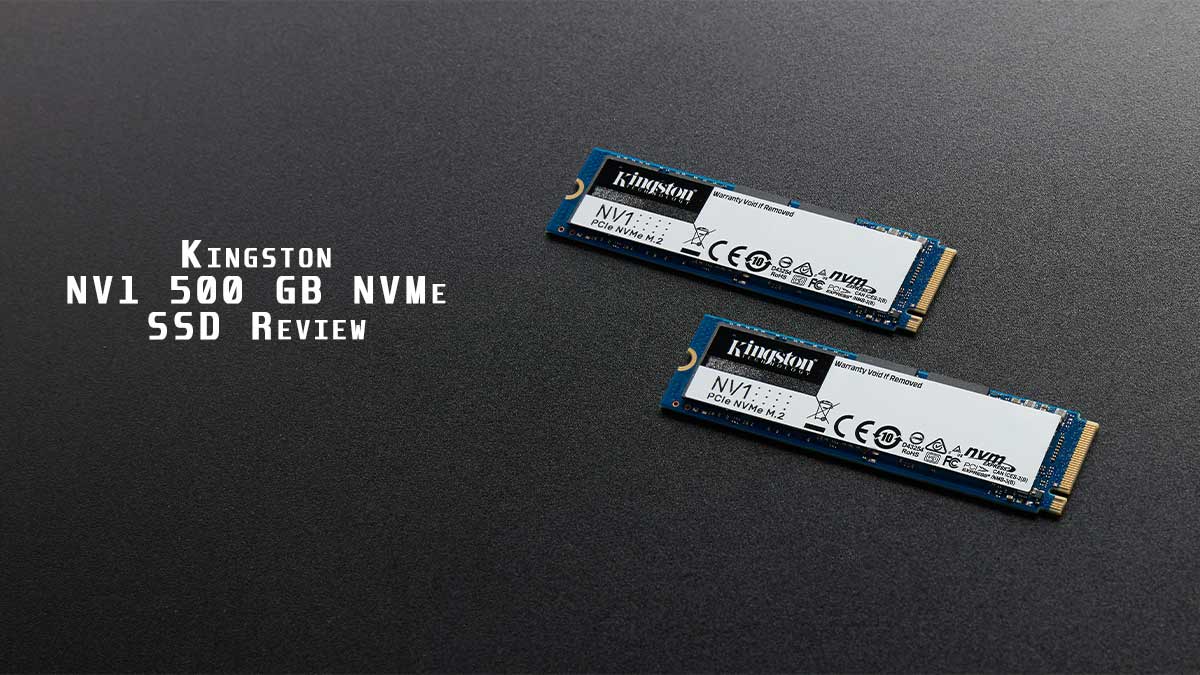 Kingston earlier this year announced the NV1 NVMe PCIe SSD, an entry-level NVMe model which brings out a price-to-performance ratio for most casual use cases.

We finally have the sample at hand and we will be taking a look at it. This one will be a very quick review.

The NV1 is a Dramless NVMe SSD targeted towards the entry-level crowd. The competitors are obviously any other dramless NVMe like the WD Blue etc.
The NV1 uses the Phison PS5013-E13-31 as per the sources on the web (we didn’t open up the sticker since it was glued a bit too well) with either TLC on the lower capacities and QLC Nand on the 2TB Model. We had the 500GB Model for review.

The NV1 will typically target those users who want to dip their toes into the M.2 NVMe scene without burning a hole into their pockets and need faster storage for their laptops and desktops. This SSD is not targeted towards the enthusiast crowd and as such, we can’t really put it in the same league as A2000 or the KC2500.

Testing System courtesy Tuktak Tech Community.
This time also we partnered up with the folks over at Tuktak tech Youtube Channel to test with an intention to collaborate.

We ran the NV1 through our usual gauntlet of benchmarks. Regular readers will post that some of the numbers are missing since we faced an unexpected data loss, we will be updating the numbers in the coming week. For now, we have the most important numbers and they will suffice to form an opinion.

The NV1 NVMe SSD is a DRAM Cache less SSD made by Kingston solely for the purpose of filling in the void that they had in that segment. As a result, we see a very frugal design that is as basic as it gets. The specifications are also mixed and matched much like its SATA sibling: the A400. The idea is to hit a specific price point with acceptable performance to match. With those parameters in mind, the NV1 delivers. The numbers are as expected from an entry-level DRAM Cache less SSD. This is not the fastest out there but will do your job nicely and then some.

We would strongly recommend this ONLY IF you are looking for something to put in a cheap laptop or an entry-level desktop. If you want more performance go for the A2000 or the KC2500.

This is a basic SSD, put it to basic tasks, period.