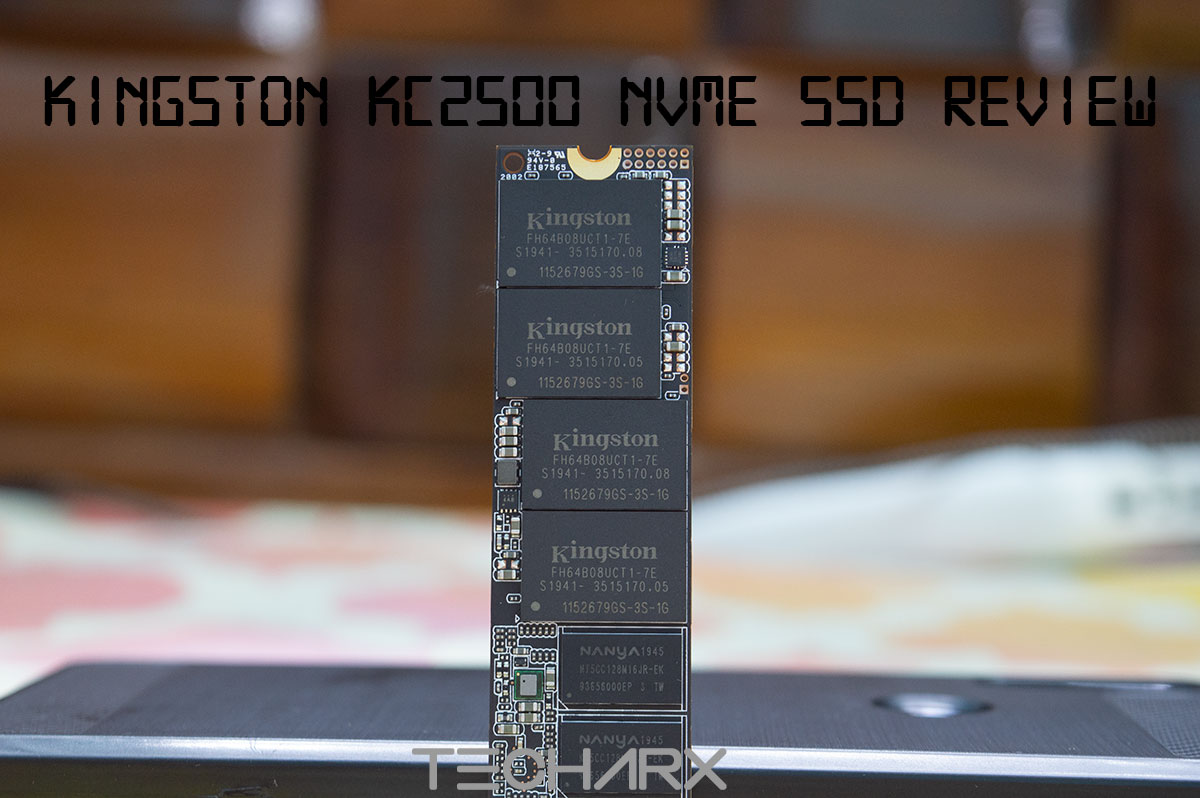 Kingston is an old contender in the flash industry and its associated product space. As a result, they have brought out quite a few outstanding products into the flash storage space. Today, we will be checking out the KC2500 NVME SSD from Kingston.

The KC2500 is an upgrade from the erstwhile KC2000, which was Kingston’s main offering in the performance NVMe drives. As a result the KC2500 uses the same Silicon Motion SM2262EN controller and 96-layer 3D TLC NAND combo. The firmware is tweaked and upgraded to provide a performance boost as evident in the official performance figure.

The KC2500 comes in a blister pack with the usual information written all around. The drive itself sits atop an Acronis True Image HD activation key, the software is available as a download from the Kingston website.

The KC2500 500GB that we received for review is a double sided design. Sitting under the label you will find the Silicon Motion SM2262EN and four 64 GB packages of FH64B08UCT1-7E 96-layer 3D TLC NAND. The other side also contains four of the same NAND chips and two 128MB DDR3L cache ICs from NANYA.

Coming to the controller, Silicon Motion’s SM2262EN is an 8-channel controller with an 800 MT/s interface speed supporting NVMe 1.3 specifications. The controller also supports ONFI 4.0/3.0 and Toggle 3.0/2.0.

Our testing system consisted of the following parts.

We ran the KC 2500 through our usual gauntlet of benchmarks. The results are given below

From this review onwards, we are going to introduce Crystal Disk Mark V7 along with V5.0. The plan is to gradually phase out V5.0 scores in favor of the newer version.

AJA System Test
AJA system test is used to benchmark the performance of a drive for video production workflow across various codecs with different settings. For the purpose of our review, we chose the 4K resolution with Apple ProRes 4444 Codec with variable bit rates.

Kingston’s KC2000 was the first drive to use 96-layer 3D TLC NAND with the Silicon Motion Controller. The result was a drive with a spectacular performance. The KC2500 stuck with the same component combo but with a tweaked firmware, which resulted in some very interesting numbers. It is one of the best performing SSD’s we have tested in recent times. We threw a lot of workloads at this SSD but the KC2500 chugs on like its nothing.

Overall, it’s a classic package packed with world-class components along with a good no-frills toolbox and premium software to boot. Add to that hardware based encryption and a steller warranty.

The KC 2500 from Kingston is SSD done right! The only problem is stock availability, apart from Amazon (which is great by the way), the usual brick and mortar stores don’t have stocks most of the times. But then again, ECommerce is the way to go anyway.

So if you are looking for an high performance SSD for your workstation or gaming rig, buy this. You wont be going wrong with this one!

Stay tuned to TechARX for your daily dose of News, Previews and Reviews!