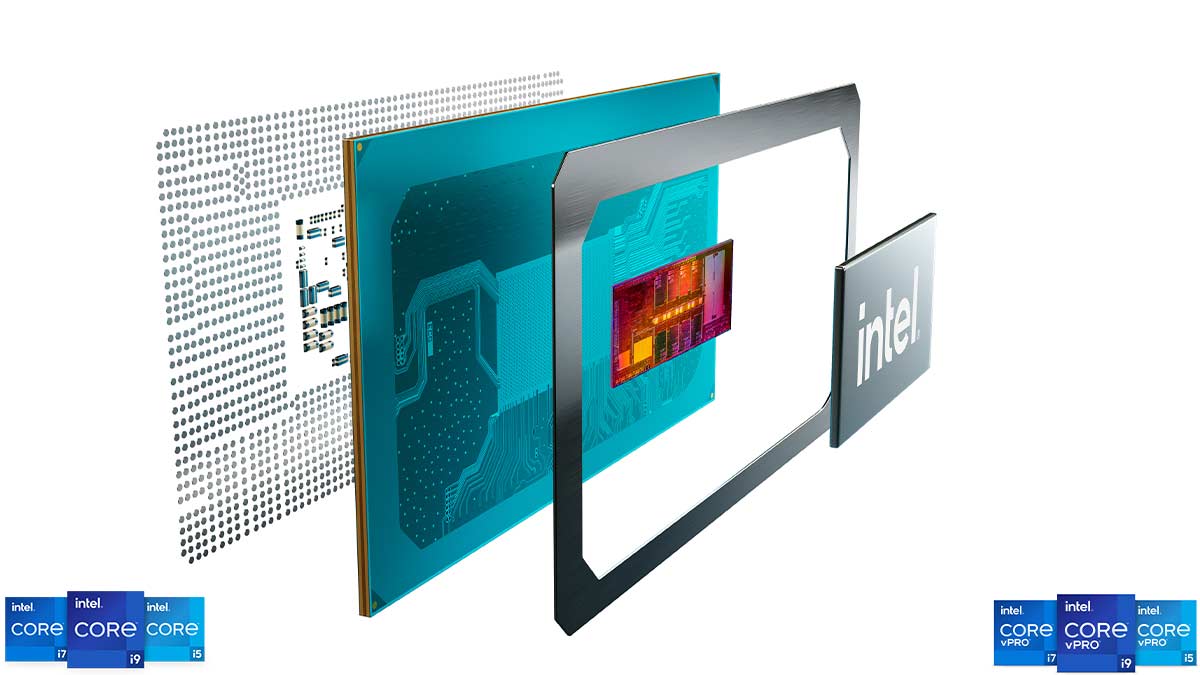 Since the announcement and release of first series of Intel Core 11th Generation Tiger Lake processors aimed at the ‘U-series’ 15 W market, Intel has been teasing another design. Today we see the Tiger Lake-H series with double the cores, and and targeted towards premium mobile gaming as well as on-the-go muscle.

A recap of the Intel Mobile Lineup

For those who are new, the intel mobile lineup consist of 4 main lineup(after tiger lake) for different scenarios.

The product released today belongs to the Tiger Lake-H lineup. For this lineup, Intel has three main use case

The new lineup will have corresponding vPro version for enterprise deployment. Also, as per Intel 15 out of the 80+ initial designs will be vpro focused.

The new Tiger Lake-H will have Intel’s latest Willow Cove processor cores, with 1.25 MB of exclusive L2 cache, and up to 3 MB of shared L3 cache per core, along with Intel’s latest Xe-LP graphics. The initial consumer offering starts at 6C/12T configuration with the topmost one having an 8C/16T configuration running at 5 GHz single-core turbo.

The most premium model is the Core i9- 11980HK. This eight-core part is rated at 2.6 GHz for 45 W, but also lists a base frequency of 3.3 GHz for 65 W. The specialty lies in the fact that this processor can be overclocked further than 65 W if the OEM chooses to. This is actually the first 10nm overclockable processor from Intel. the crown usually goes to the desktop segment but we are seeing something new this time.

The other processors follow the standard non-overclockable scheme: 45 W standard rating and 35 W power-down option along with TBM 3.0 and usual Xe-LP iGPU running at variable frequency.

On the commercial side, Intel has mixed the naming scheme from both Core and Xeon parts. Performance-wise we see no overclocking with the power draw of 45 W as standard and 35 W optional. These chips differ as they have Intels vPro features along with ECC memory support. The W-11955M is the leader of the roost with an 8C/16T configuration with a 5GHz boost

The Tiger Lake-H silicon gets a full eight Willow Cove cores on die, along with 20 lanes of PCIe 4.0 for discrete graphics and storage. the silicon also uses Intel’s latest Xe-LP graphics and media engines enabling AV1 decode support, and also has built-in Thunderbolt 4 controllers. The die measures around 190 square millimeters. Memory wise they all support DDR4-3200. Since the platform is not exactly battery life focussed, LPDDR4 is not supported. Also, TGL-H customers will prefer having DDR4 as it supports double the capacity (as well as usually being user-replaceable, depending on the design).

The 20 lanes of PCIe 4.0 can be split in three different ways:

In case of the last configuration, systems can have bootable RAID 0 with three PCIe 4.0 storage. This is indeed obscure but available in the wild.

Since the chipsets are different from the CPU itself, the OEM can pick and choose as per requirement. The most powerful configuration will have DMI x8 link, offering double the bandwidth between the chipset and CPU. the chipset also has 24 PCIe 3.0 lanes as well as MIPI support for Intel’s Image Processing Unit 6.

Thunderbolt 4 is natively supported albeit there is no mention of USB4. USB 3 is also present but Intel didn’t disclose if its USB 3.2 Gen 1 or Gen 2. On the networking site one can choose between OEMS own discrete solution or the chipset integrated Killer AX1675 Wi-Fi 6E solution(since Intel has acquired Killer last year for an undisclosed sum).

Intel provided some slides with first-party benchmarks. According to them, there is an ‘up to 19%’ better performance per clock over the previous generation. The claims will be validated in the coming weeks or so when the system actually gets sold and samples arrive. Till then we can only believe in these slides. We will report as soon as we get some information.