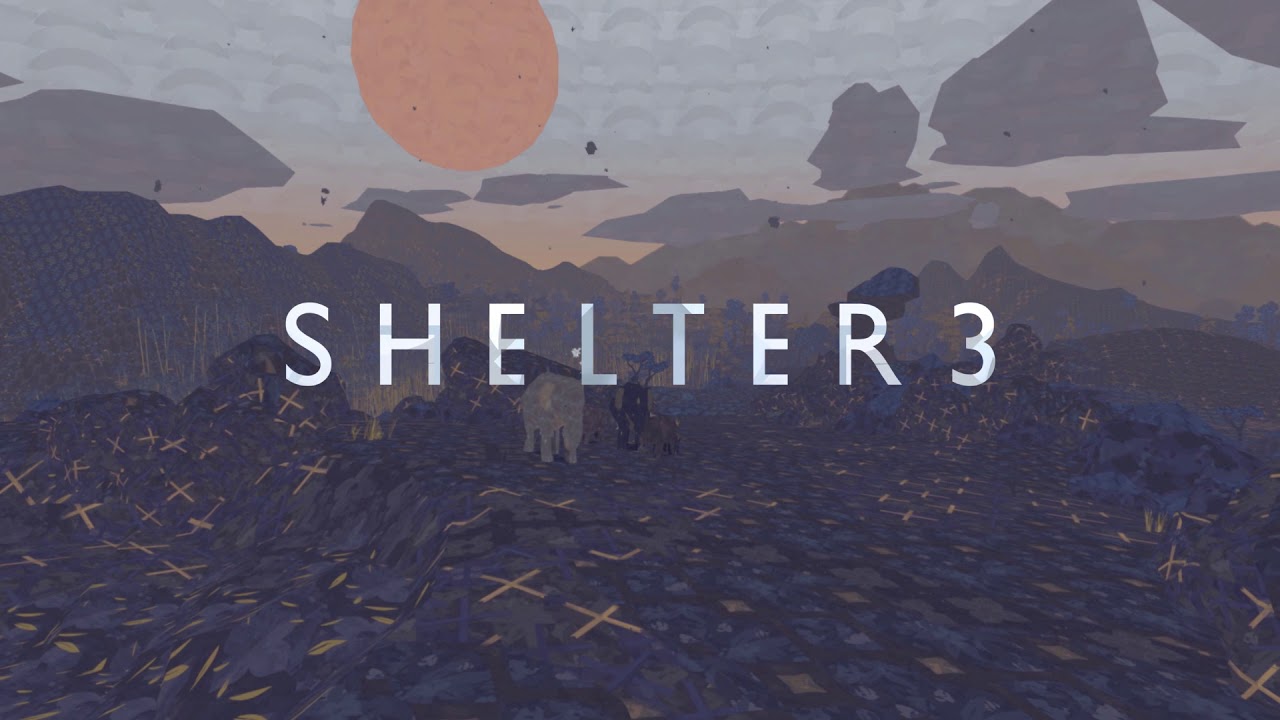 Shelter 3 is the third installment of the main Shelter series. The series is famous for its tough and gritty portrayal of survival as a wild species

Shelter 3 focuses on a herd of elephants instead of featuring a solitary animal like the previous game. You step into the hooves of a mother elephant who also happens to be a matriarch and must guide your herd through various challenges. You must lead them back if they go astray and feed them when they are hungry. Making critical decisions such as which route to take and navigating challenging areas are key to keeping your herd healthy and happy. Special attention must be paid to your calf, who must be constantly nursed.

Shelter 3’s only connection to the previous entry in the franchise is it’s strong focus on familial ties, which it executes to somewhat success and it’s excellent visuals and soundtrack. The gameplay is severely altered to put the spotlight on decision making puzzles and navigation challenges while cutting down on the survival aspects.

Because of the size of the Elephants and the somewhat poor hitboxes they have, the movement feels very clunky. I understand that Elephants are supposed to have bulky movement, but I felt like I was controlling an unruly tank and not an organic being. The result is that most of the time the pacing felt horribly slow and I had a hard time getting through even some of the more gorgeous terrains, which was never an issue for me in the past entries.

There’s a very simple story here about the survival of the herd, and the challenges you and your baby face. The story is delivered by simply going from point A to B. It’s charming at least and tried to make me care about the animals I was in charge of, but the gameplay dropped the stakes down too low for me to feel scared for my herd.

The environment also feels empty with a surprising lack of NPC animals, which I guess the developers did not bother to implement since Elephants are herbivores and not carnivorous like the previous animals in the series.