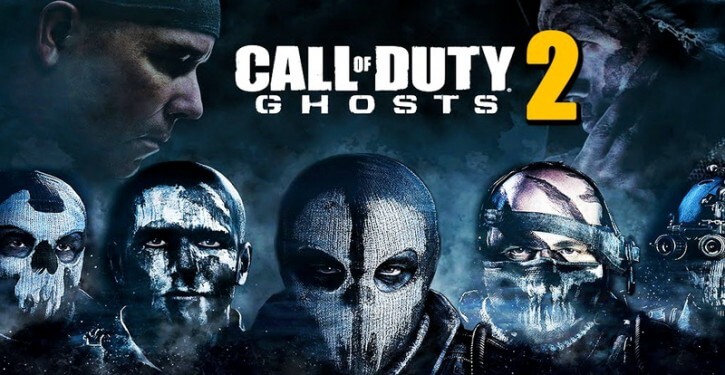 Call of Duty is one of the most influential FPS franchise. Recently we came to know that Infinity Wards, who brought us the Modern Warfare trilogy, is working on a new Call of Duty title. 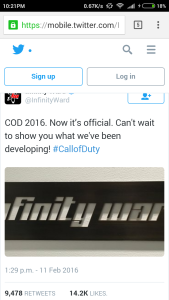 And it seems that Call of Duty: Ghosts 2 will be released by the same team that brought us Ghosts, according to a leak that surfaced online. 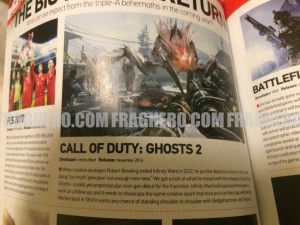 According to the leak, Call of Duty: Ghosts 2 has been listed under the most anticipated games of 2016 in Games™ magazine.

Here is the full transcript of the magazine –

When creative strategist Robert Bowling exited Infinity Ward in 2012, he put the departure down to the studio doing “too much ‘pew pew’ not enough new new.” We got a look at what he meant with the release of Call of Duty: Ghosts – a solid, yet unspectacular next-gen debut for the franchise. Infinity Ward will have had three years to work on a follow up, and it needs to showcase the same creative spark that once put in on the map with Modern Warfare back in ’08 if it wants any chance of standing shoulder to shoulder with Sledgehammer and Treyyarch.

It was already evident that Ghosts might get a sequel considering the finale that took place in Ghosts. And the release date fits the annual CoD release schedule. So it’s safe to assume that CoD: Ghosts 2 might be releasing around November this year.

Let’s just hope that Infinity Wards surprises us with something innovative and also with a fresh new gameplay to keep the players still interested in the franchise.