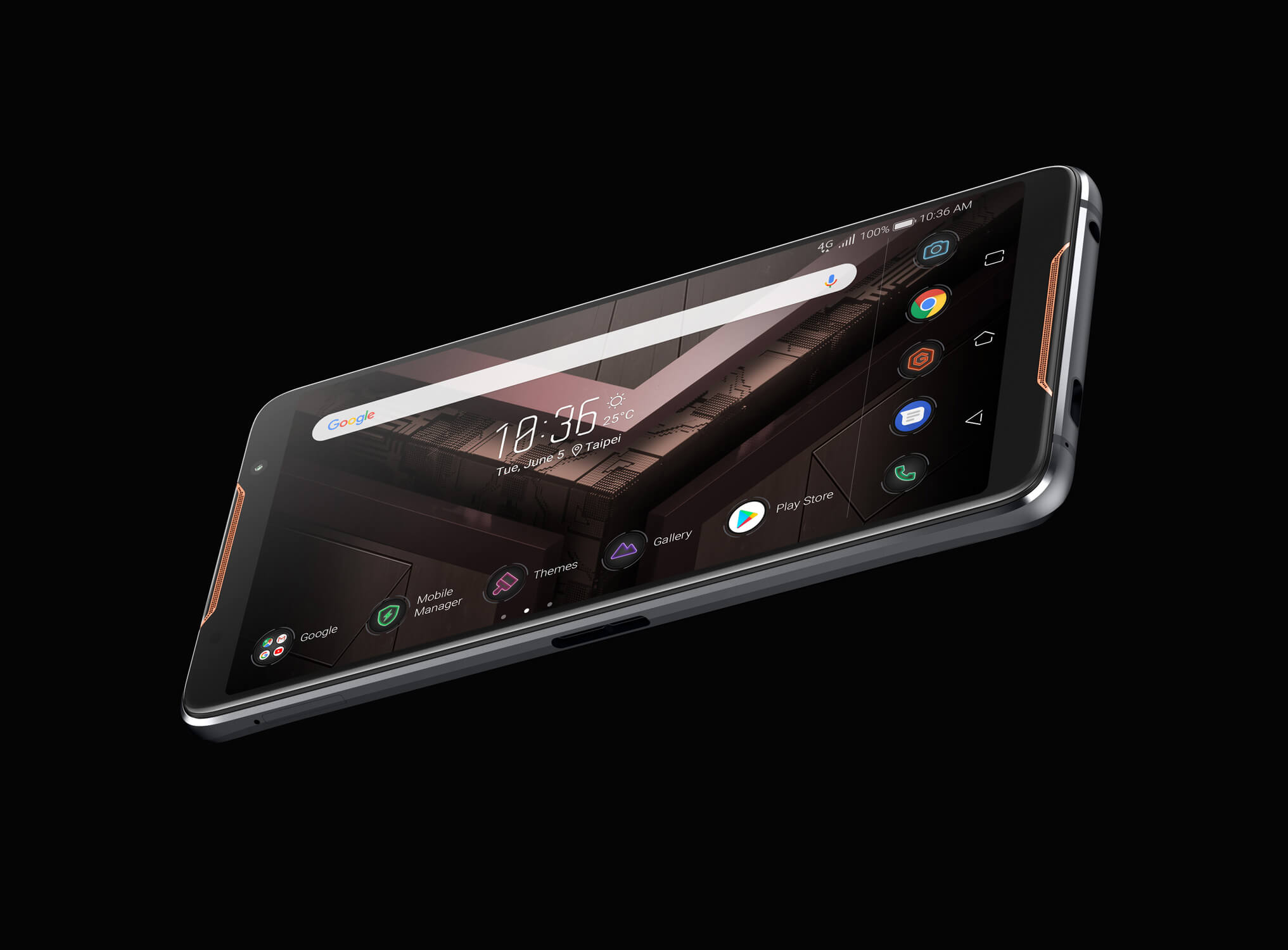 We expected ASUS to show off their plethora of latest gaming laptops, peripherals, monitors and what not at Computex, but they went ahead and released a ROG phone with its own ecosystem alongside. Yes, ASUS isn’t the first company to have launched a game-centric smartphone, we’ve been seeing smartphones inheriting the same ideology for a while now. Xiaomi’s Black Shark and Razer Phone are the latest in the business, but what makes ASUS’ approach so appealing is what we’re going to discuss in this article. 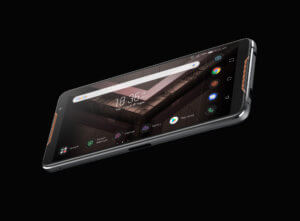 ASUS went all in and sported a 6″ 18:9 HDR AMOLED display with FHD+ resolution in the device, which has an outstanding refresh rate of 90Hz and 1ms response time. With this you get the best of both worlds, the deep blacks and high contrasts of AMOLED displays and higher refresh rates of gaming displays. The SOC, Snapdragon 845 found on this phone is also modded by ASUS which enables it to run at 2.96 Ghz. The cooling is done by copper heat pipes and a 3D vapor-chamber, which ensures extended sessions without any thermal throttling. It comes with 8GB LPDDR4 RAM and 128/512GB storage. Also houses the same Dual Rear camera setup found on the Zenfone 5 and 5Z, a 12MP F/1.8 primary sensor with 1.4um pixel size, and an 8MP F/2.0 wide-angle secondary sensor with 1.12um pixel size. It all is powered by a 4000 mAh battery which should be enough to power it for more than a day with heavy usage. 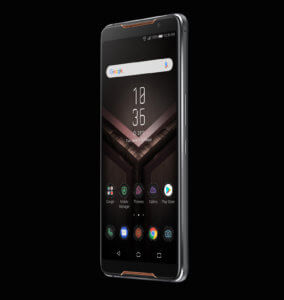 Design wise it’s what you’d expect from a flagship although being a lot more flashy. It has quite a unique look with a metal frame and a curved glass panel at the back. At the front there is a stereo speaker setup. There’s a RGB ROG logo at the back which is fully customizable  with static, strobing, breathing, and colour shift profiles. The 3D vapor-chamber adds up to the looks of the device being visible beneath the glass panel. On either sides of the right side of the device there are what ASUS is calling ‘Air-triggers’ which are sensors that can be mapped in games to perform specific tasks that you’d otherwise be doing by pressing on the screen. On the left side of the device we have dual USB type C ports for landscape gaming while charging, but it’s also used for another major functionality of the device which we’ll discuss later in this article.  There’s a USB-C port and a headphone jack at the bottom.  The phone is also water-resistant although no official rating is provided.

In its core, its running Android 8.1 Oreo with ROG Gaming UI on top. The RGB ROG logo at the back of the phone can be customized with Aura Sync built into the software. Squeezing the phone enables the “X MODE” with a sleek animation, and it frees up RAM and clocks the CPU at a higher frequency for games to take advantage of. 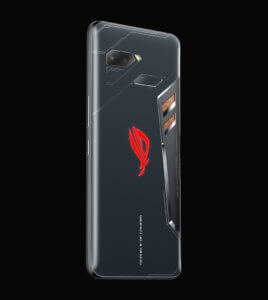 With all that being said, here comes the most interesting aspect of this smartphone, the accessories:

That’s all the information we have for now, stay tuned for further updates. And don’t forget to let us know your thoughts in the comment section below.