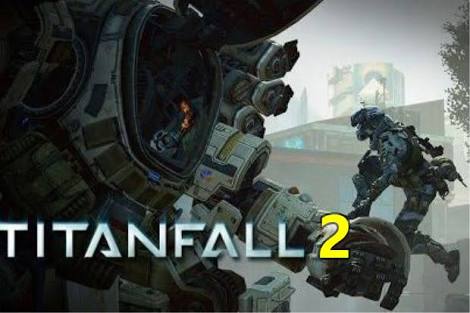 Titanfall’s sequel will have a single-player campaign, though it won’t release until “late this year or early next,” said lead writer Jesse Stern.

Hate to break it in this way but yes Titanfall 2 won’t release until “late this year or early next,” said lead writer Jesse Stern.

In a interview with The Forbes , Stern told that Titanfall 2 will take place in a world both scientific and magical, but is still “grounded, dirty, human, and real.”

Admittedly Titanfall was a pretty fun game to play with it’s seamless run and gunning alongside the ability to to call down a giant mechanized suit at certain points in the game that you could use to go to town on your hapless human combatants (or your enemies walking around in their owngiant mechanized suits).

But sadly with such a potential mechanism the game was multiplayer only , and some gamers might actually not be all that interested in multiplayer if they can instead sharpen their robot-shooting skills within a strong single-player experience.

Well now that the developers decide to put on the single-player campaign , its changes the whole scenario.

“One of the shortcomings of the first game was we just did not have the mechanism to tell everyone ‘here’s who you are, here’s where you are, and who’s around you,'” Stern said. “We knew all the answers, we just could not deliver it.”

Back in October when the Titanfall sale passed 10 millions , the developers got the flexibility to deliver the story they originally desired to throw in .

Stern said Respawn is looking to “deliver a vision of grand global colonial warfare,” and retell “the story of the American Revolution and the American Civil War in space.”

And again Stern made a surprising new announcement about a spin-off TV series, which is being developed. And Respawn Studios have partnered up with Lionsgate TV for the development.

It would be very expensive,” he said. “We are trying to find a way to tell a story in the worlds we want to be in and produce in the TV model.”

According to the last years report , Titanfall sequel will not be an Xbox exclusive, and will launch on all major platforms—PlayStation 4, PC, and Xbox One. Respawn is also partnering with Nexon to bring a new, original Titanfall game on iOS and Android platform,set to release sometime in 2016.