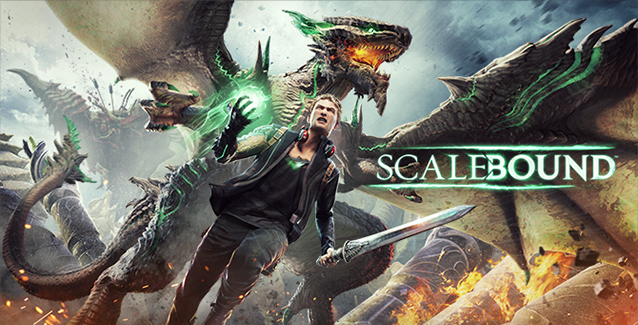 PlatinumGames recently held a 10th-year-anniversary event during which they allowed fans to check out their studio. Also, they had the privilege to witness the work being done on the company’s development floor on Scalebound, their upcoming Action RPG game for Xbox One.

Among the pictures, published by Famitsu, there were quite a few snaps of work-in-progress models and effects of Scalebound.

The studio revealed that it takes around two to three weeks creating a detailed model for the game, then the model is rigged, making sure that the whole body moves in accordance with each part. After that, the model is uploaded to the engine and visual effects are applied. Unreal Engine 4’s Cascade Editor is used for additional elements like lights and flame.

Check out the gallery below :

Scalebound marks the journey of PlatinumGames into the world of Action Role-playing Games. The idea of the Scalebound was originally conceived back in 2006 and the game entered development in 2013 and we can see that development is going pretty well. Scalebound was officially announced at Microsoft Press Conference at E3 2014 and gameplay was shown during E3 2015. The game also features a 4-player co-op system and other innovative game designs such as adaptive AI where enemies will change their tactics during the second encounter.