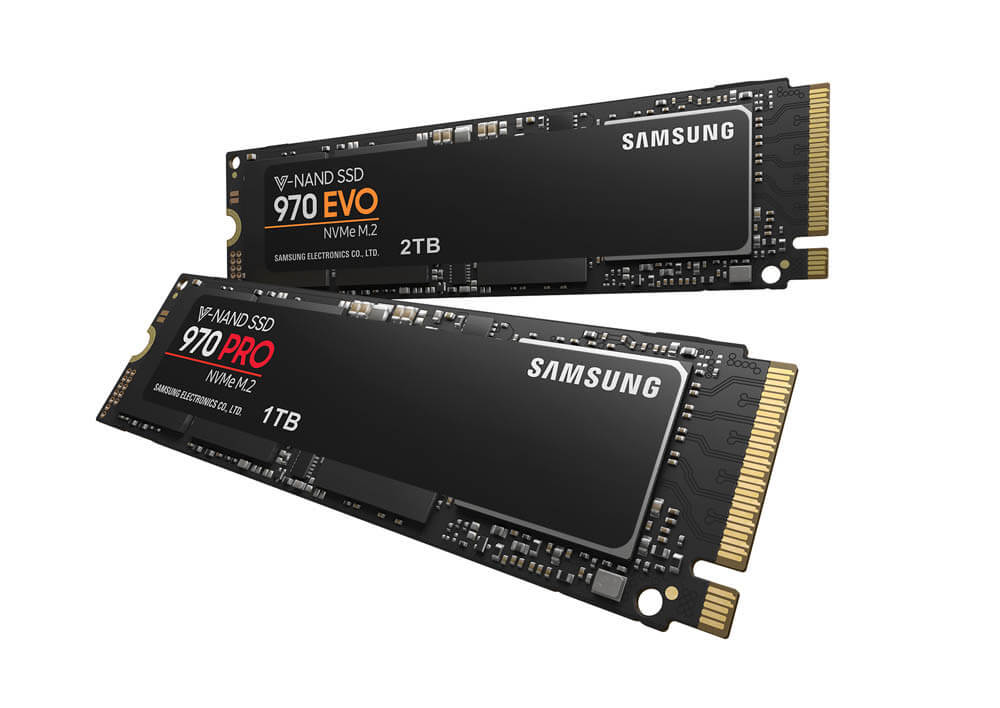 Samsung, being the ruler of various storage solutions finally added another two new SSDs to their mainstream SSD lineup, the Samsung 970 EVO, and 970 PRO.

The 970 EVO definitely does not reside on the top line but with read-speeds up to 3,500 MBps and write-speeds up to 2,500 MBps proves it’s incredible performance.Not just these, the 970 EVO does also hold an IOPS random read of about 500K and write about 480K, keeping itself head to head with many leading SSDs of its class.The 970 EVO is engineered with TLC memory and the EVO and PRO abide by Samsung’s newest Phoenix controller coated with Nickel. 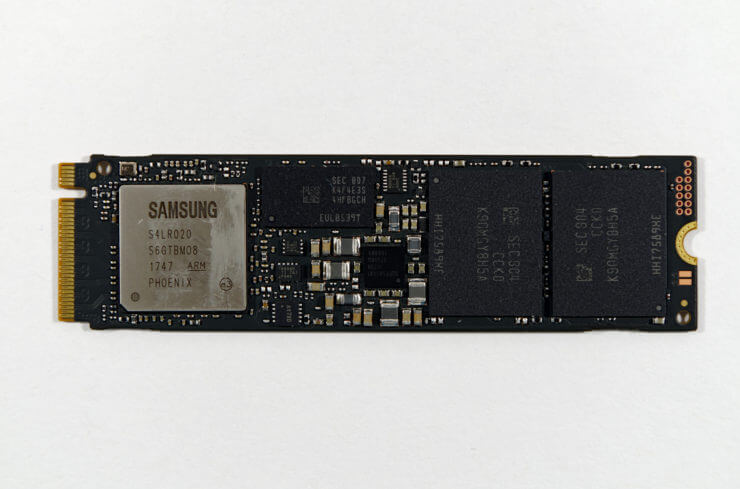 Including with the PCIe Gen 3×4 lane interface, the EVO and the PRO are designed based on the M.2 standard form factor.The 970s deliver unparalleled performance for transferring data of huge amount irrespective of whether it’s 3D or 4K or even data analytics.They maximize the potential of NVMe bandwidth.

Discussed earlier EVO using TLC memory where the PRO is still based on MLC memory.It comes only in 1Tb and 512GB variants.Whereas the EVO varies from 250GB to 2TB.We can see Samsung’s clear intention here.The MLC memories are expensive and memory manufacturers are least interested in manufacturing them. It is where Samsung is pushing the EVO series at cheaper rates with no consideration of performance.A quick reminder here, Samsung has not made a MLC based on SM981 so here we can definitely expect it to discontinue MLC on the OEM side. 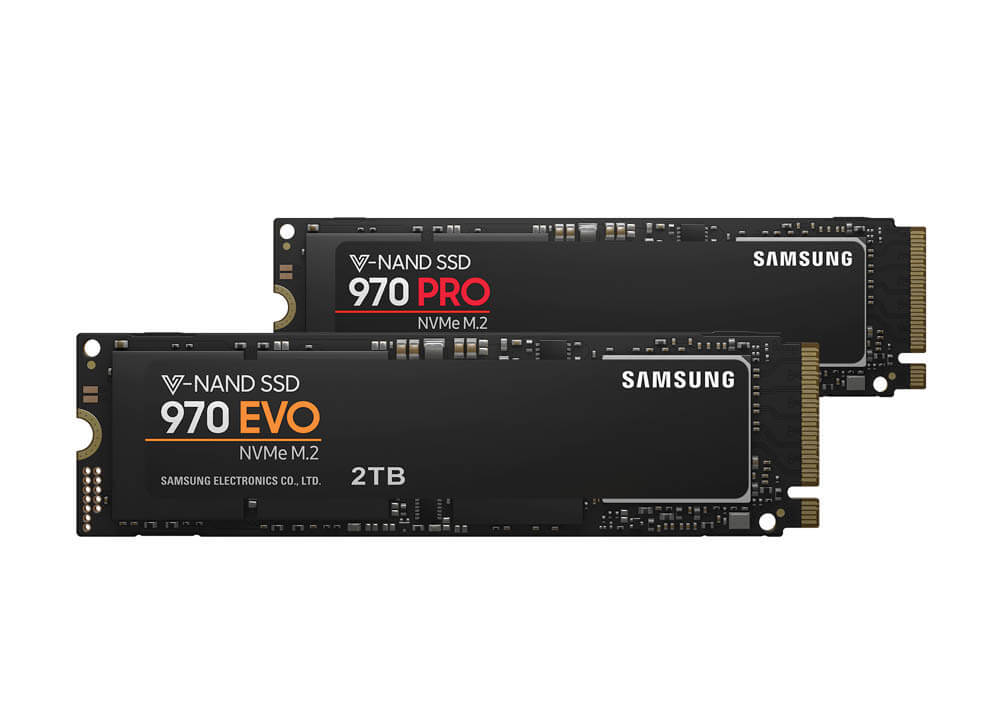 Speaking of the EVO and the PRO, they deliver exceptional performance, endurance, and reliability.It guarantees 1,200 TBs of writing that is 50-percent more than what previous generation makers couldn’t.There is a lot of good heat management to see, all thanks to Samsung’s Dynamic Thermal Guard with coated nickel for preventing thermal throttling.Also, I’d like to add that choose a motherboard with built-in head spreaders to ensure optimal performance.