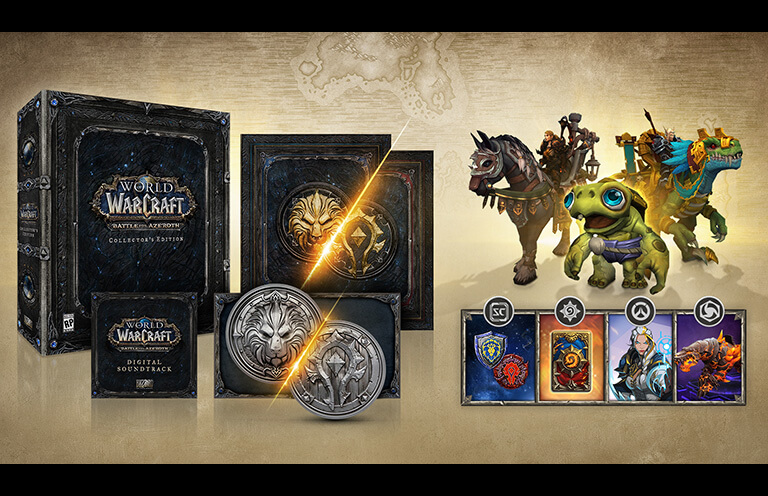 The Collector’s Edition for World of Warcraft’s seventh expansion, Battle For Azeroth is now up for pre-order. Fans can prepare for all-out war with this limited edition collector’s set, featuring rare and commemorative items to boost morale for the coming conflict.

World of Warcraft: Battle For Azeroth Collector’s Edition is priced at ₹ 6,999 and is available for pre-order

Fans can also order the Standard Edition which is priced at ₹ 3,199

To learn more about World of Warcraft: Battle for Azeroth, visit the expansion’s official website at www.worldofwarcraft.com/battleforazeroth.