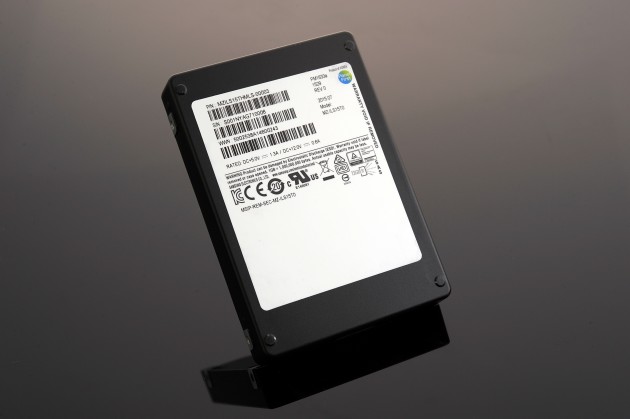 Samsung, which is one of the most reputed company for advanced memory technology announced their new SSD(PM1633a) which sports a whopping 15.36TB of space. (world’s largest).
This new SSD from Samsung is focused towards enterprise segment.The amount of storage space packed inside a 2.5-inch form factor chassis is somewhat challenging. They manage to do this by combining 512 of its third-generation 256GB V_NAND flash memory chips. the chips are stacked in 16 layers to form a single 512GB package. So a 15.36TB SSD is created by packing a total of 32 NAND flash chips. 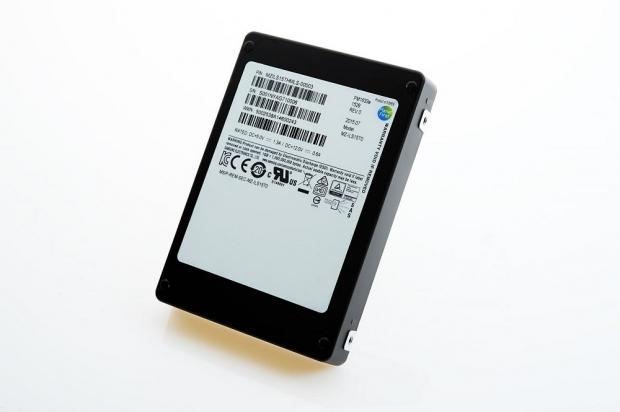 The new SSD does not only surpasses its predecessors in terms of capacity but also in terms of performance. Samsung rates the PM1533a SSD’s random read and write speed at upto 200,000 and 32,000 IOPS respectively and delivers sequential read and write speeds of upto 1,200MB/s. The random read IOPS performance is approximately 1,000 times to that of SAS-type hard disks, while the sequential read and write speed are over twice those of a typical SATA SSD. Inside the new SSD lie Samsung’s advanced controller units that support the 12Gb/s SAS interface, along with a total of 16GB of DRAM. Samsung also uses specially designed firmware that can access large amounts of high-density NAND flash concurrently.
In terms of reliability, Samsung says its 15.36TB SSD supports 1 DWPD, or drive write per day. It also boasts a metadata protection mechanism in addition to featuring a data protection and restoration software tool in case of a quick power outage.
Samsung has planned to release SSD’s with capacity lesser than 15.36TB. They plan to offer a PM1633a SSD line in 7.68TB, 3.84TB, 1.92TB, 960GB, and 480GB later this year. The new line-up from Samsung is really giving a tough competition in the market.