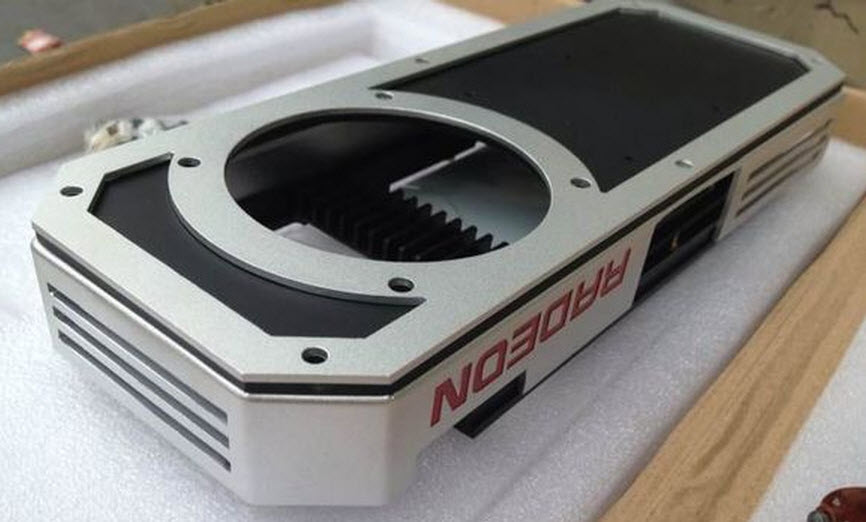 Chiphell sticking true to it tradition has once again leaked performance info about an upcoming flagship product.
This time the candidate is the rumored R9 390X form AMD.

The format used for the performance numbers are similar to those when Chiphell leaked Kepler’s launch , Tahiti’s launch and even the most recent Volcanic Islands “Radeon R200″ and Maxwell GM204 launch. 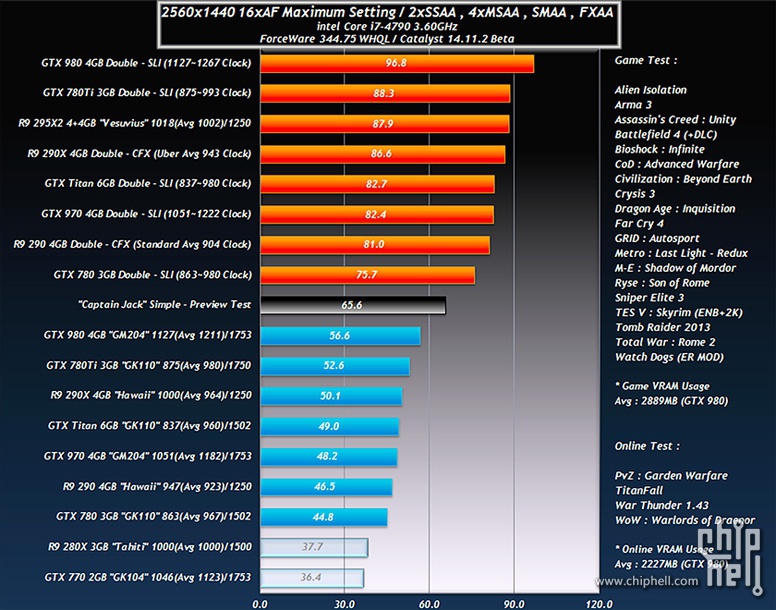 The games were tested at at 2560×1440 resolution with IQ settings set to maximum detail (2xSSAA, 4xMSAA, SMAA, FXAA) and the AMD card showed about 65.6 FPS on average, which is about 16% higher than Nvidia’s top offering right now.
The user sadly dint have two samples so no crossfire tests were possible.However the code name he used left me laughing and curious, laughing because its a direct reference from Pirates of the Caribbean and curius since this could mean we might be seeing the first of the “pirates island” GPU’s.

Now coming to the power consumption.the chart showed 197W load power consumption.Whihc Brings it just under 200W which in itself is an achievement given the fact AMD cards runs a bit more hotter.
So all in all what we know is.
the card consumes under 200W in load.
Its about 15% faster than GTX 980 as per leaked benchmarks.
Lets see what the future holds for AMD.
Tags: amd hbm r9 390x radeon