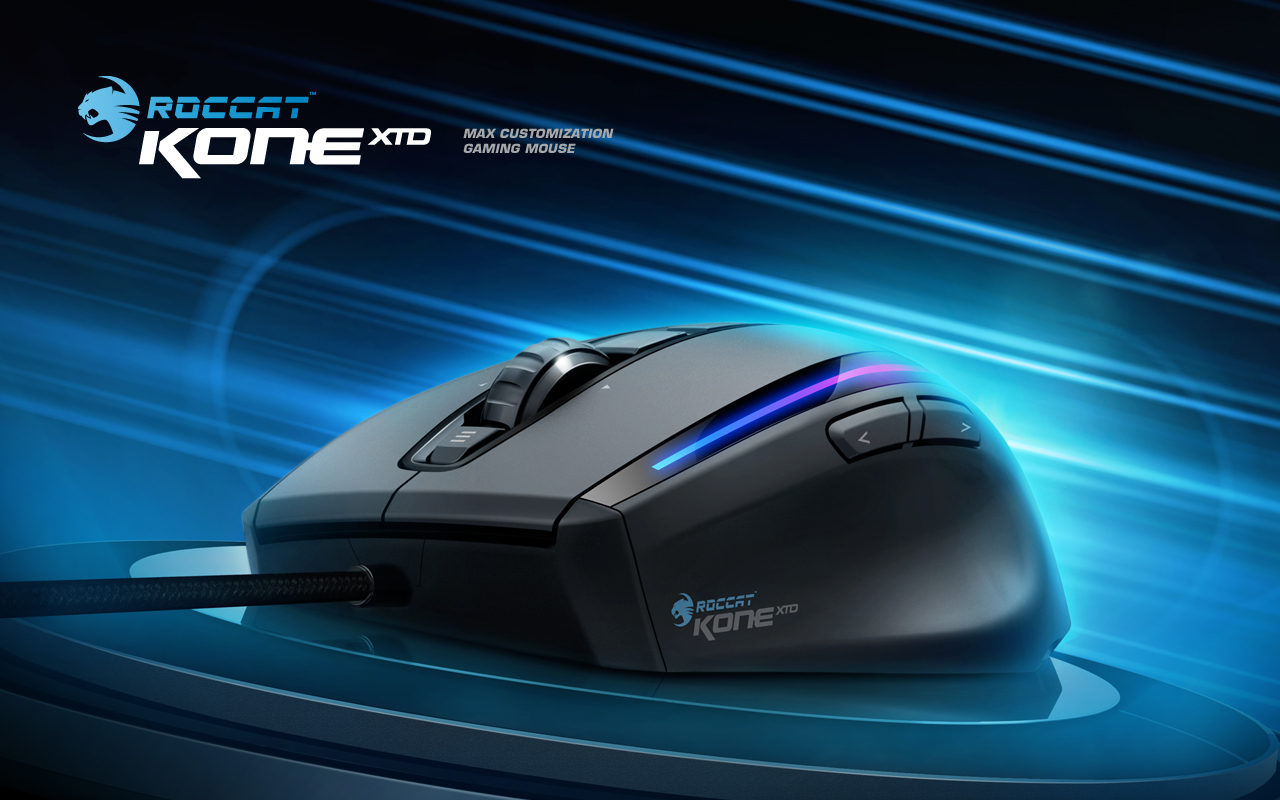 Gaming is one of the most advanced section of Online entertainment now-a-days and with that we have seen a boom in all the gaming industry, including hardwares. For an average gamer, a gaming mouse is more than just a tool and it’s something that one should carefully choose. Today we see how Roccat, one of the pioneers of Gaming Mouse creation, delivers their latest product, Roccat Kone XTD. 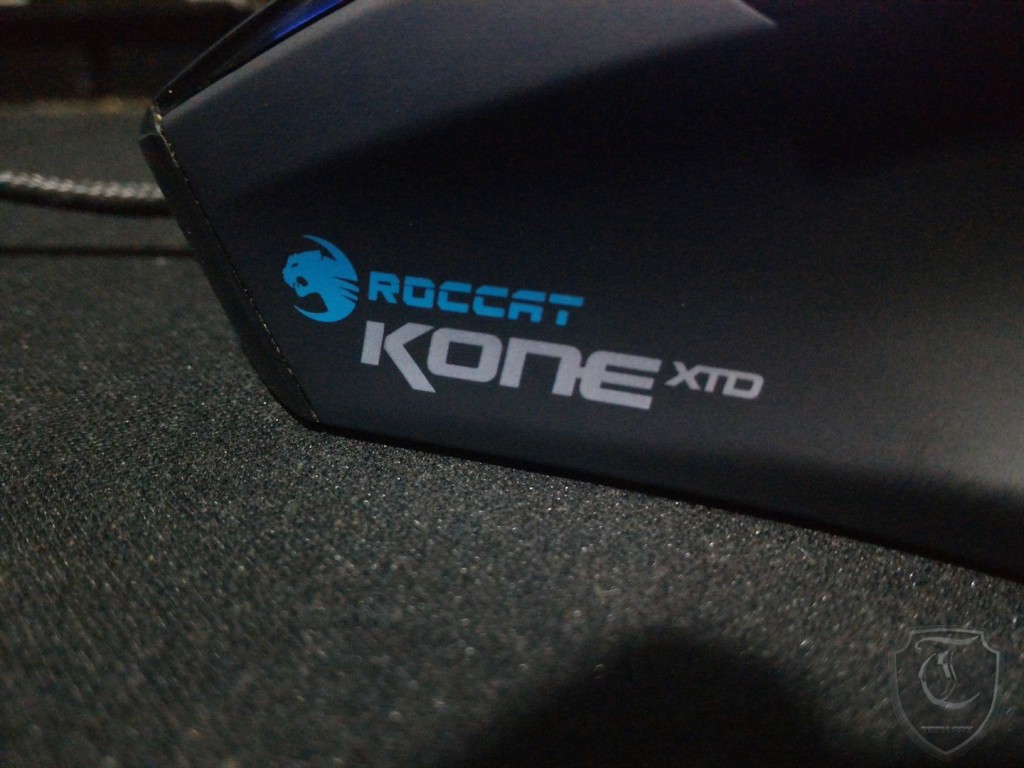 Before we begin lets take a look at the technical specifications

As the name suggest, Roccat Kone XTD comes from the long line of Roccat Kone mice which have a quite the reputation in the gaming community for being extremely comfortable, robust and affordable at the same time. Kone XTD is no different, it features a larger surface area than all previous Kone series mice but all the while following the conventional concave structure. Personally I have a big palm which makes certain mice look like toys but Kone XTD certainly felt great. 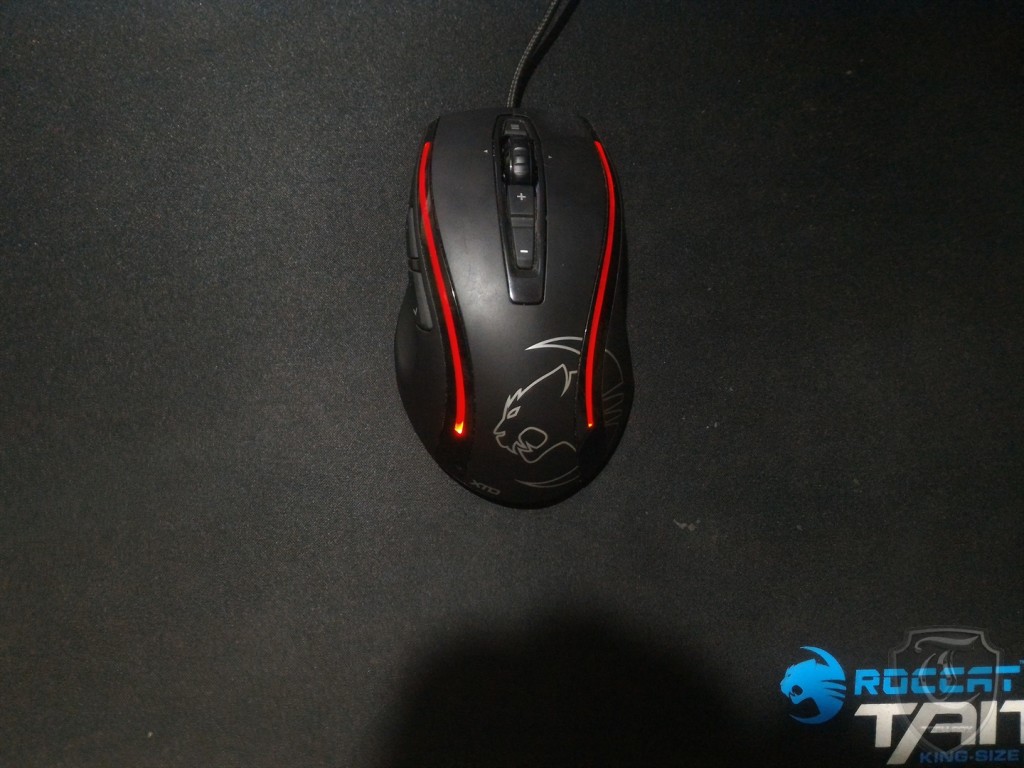 The grip textures are extremely comfortable and the LED strips don’t hamper the grip at any point which shows how beautifully they’ve paid attention to every detail.
The mouse in general features 7 keys in total, with the special keys being programmable through the solution software. 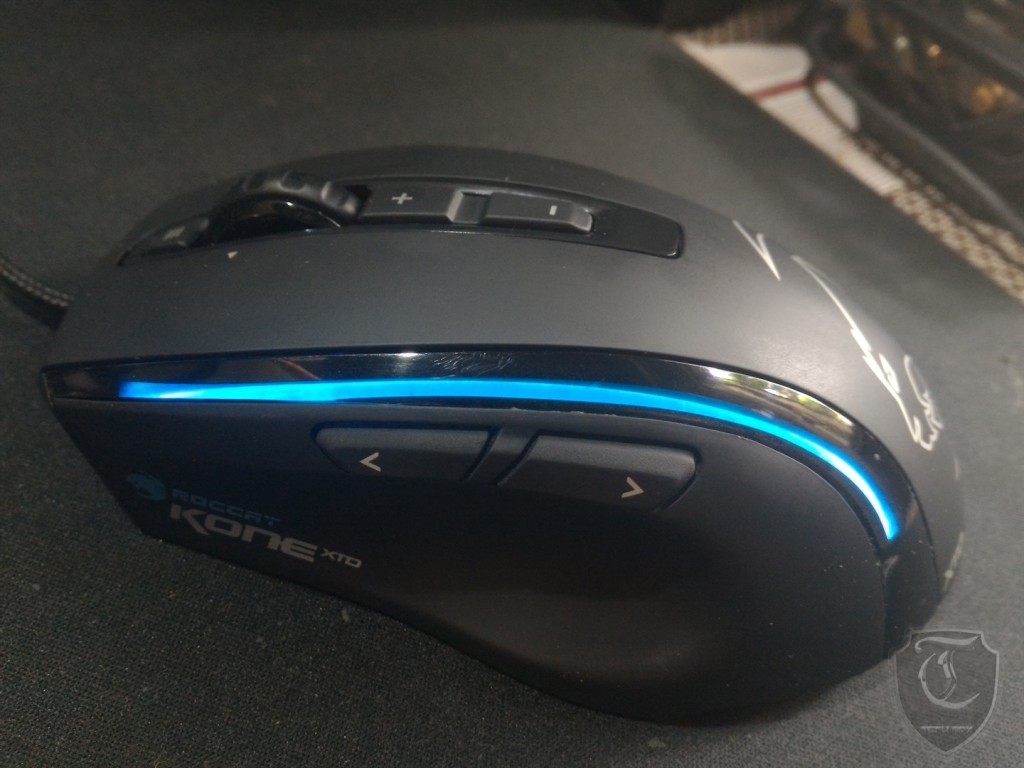 Apart from that the Scroll wheel is also clickable with the addition of being clickable towards the sides for additional command assignment. 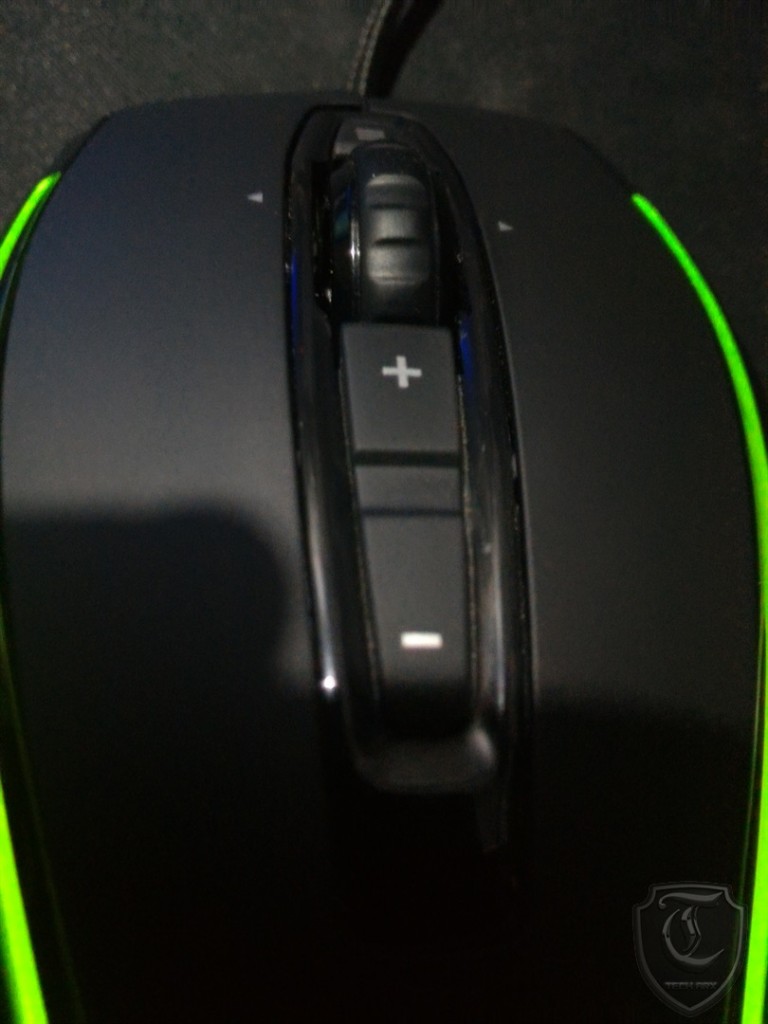 Apart from all these keys, the other significant feature Kone XTD harbors is a small compartment on the backside which can house 4 adjustable weight blocks, each of the blocks weighing 5 gram. 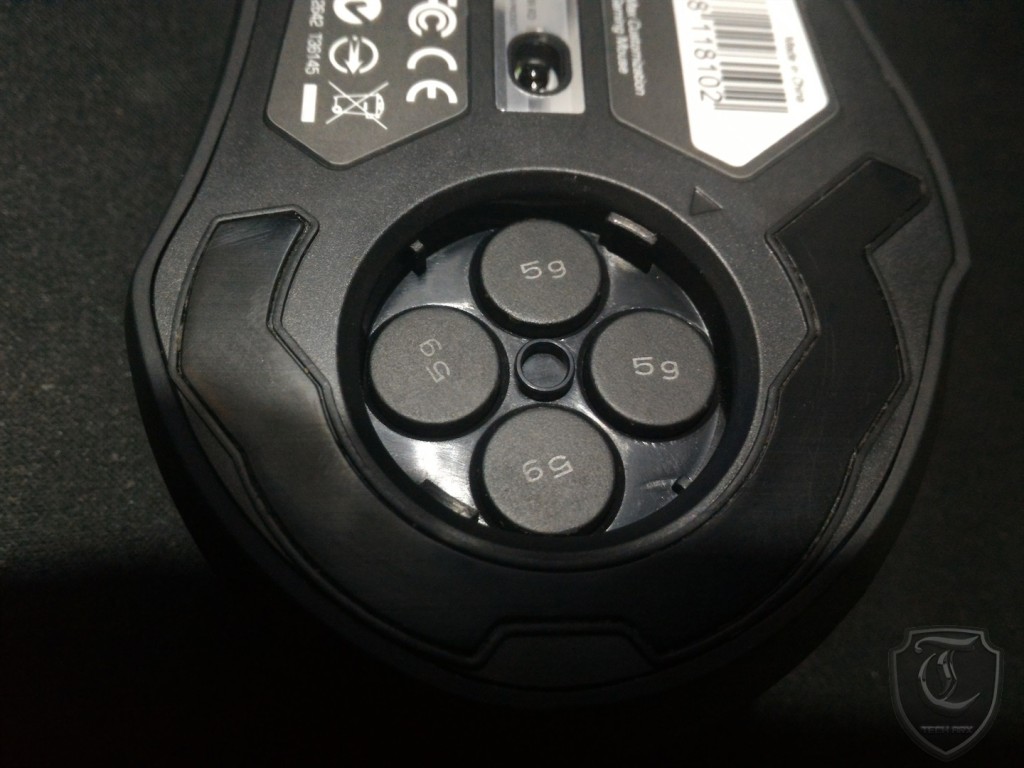 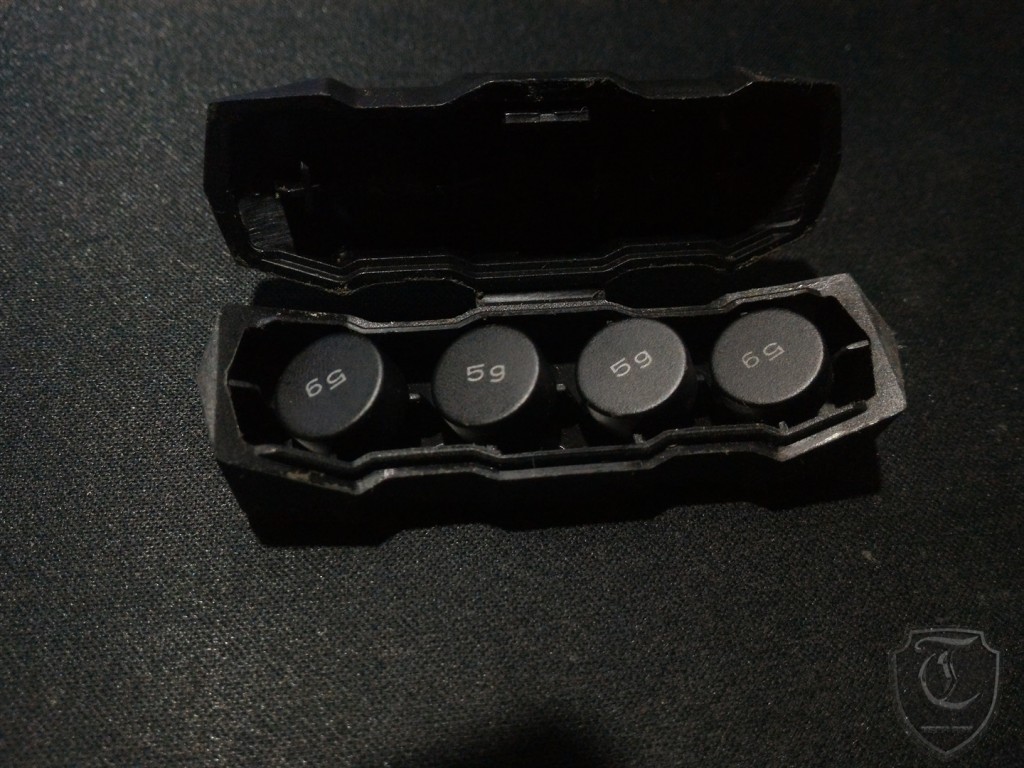 The Roccat Kone XTD features a Roccat logo on the bottom right portion of the mouse. Apart from that it has two LED strips running down the length of the left click and right click which can be illuminated in various ways depending on the commands issued to the software. 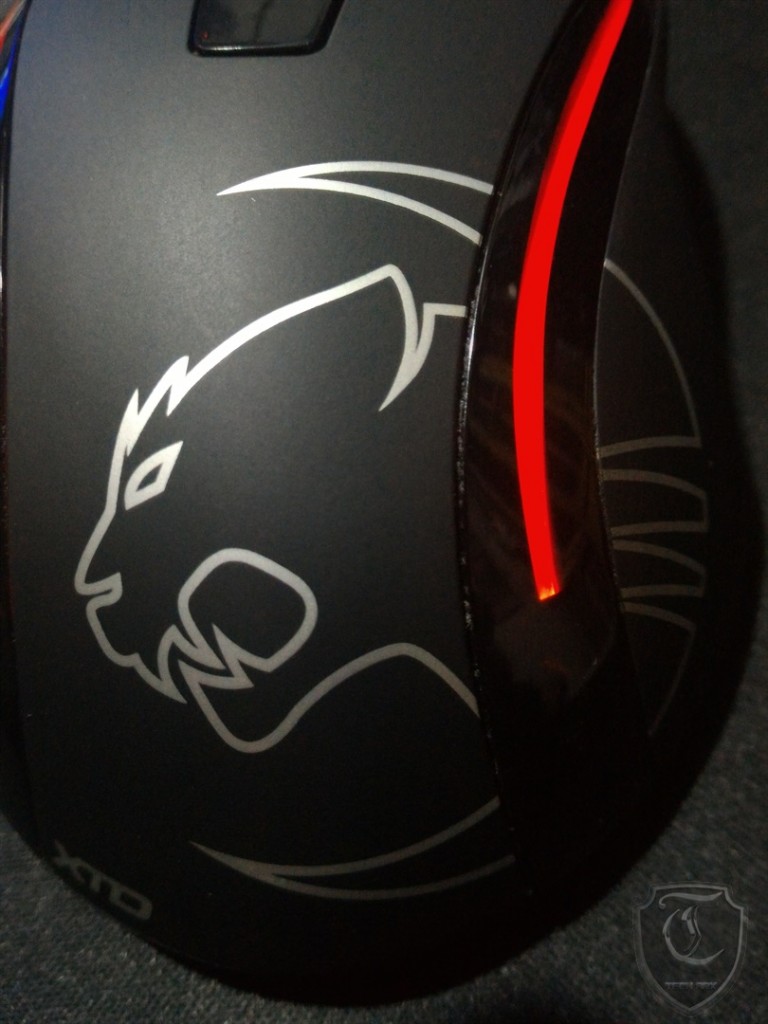 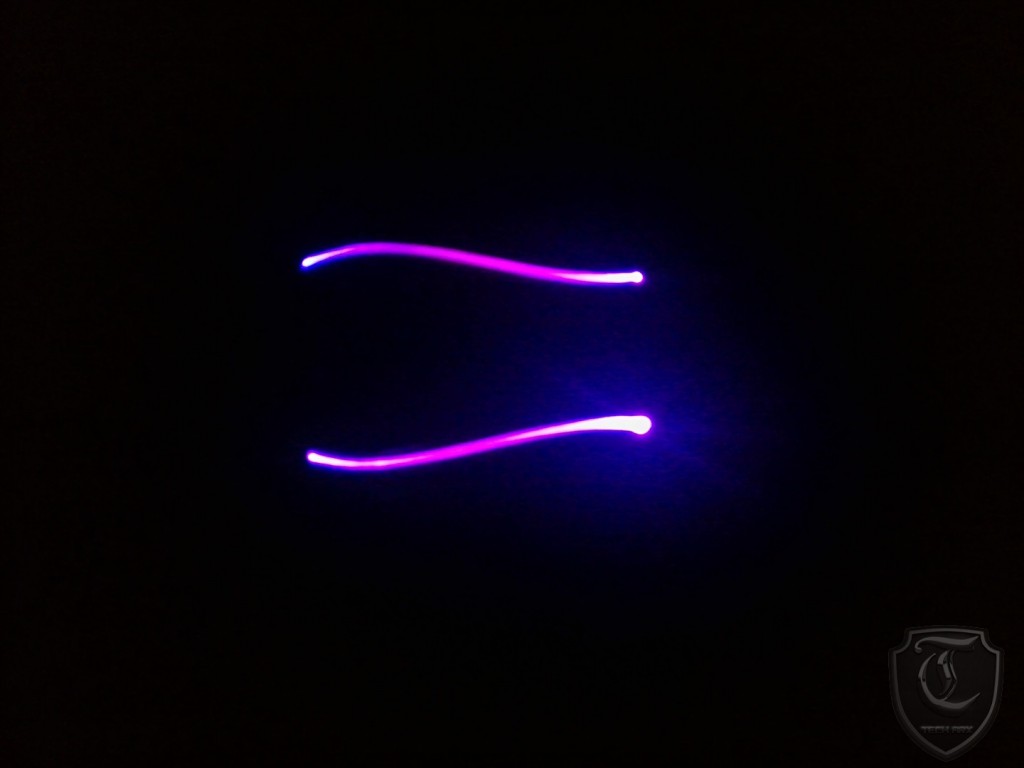 The software is another point of discussion among player because often it tends to get clunky and attributes to bad customization and in-game losses. Roccat engineers have actually gone through the hassle of making the software large and very feature-stacked but have kept it easy enough to understand. The keys can be assigned commands straight from the software.

The 8200 DPI Laser sensor gives the Kone XTD extreme precision during gameplay as well as normal computing while the 1000Hz polling rate gives a response time of 1ms which is pretty standard. 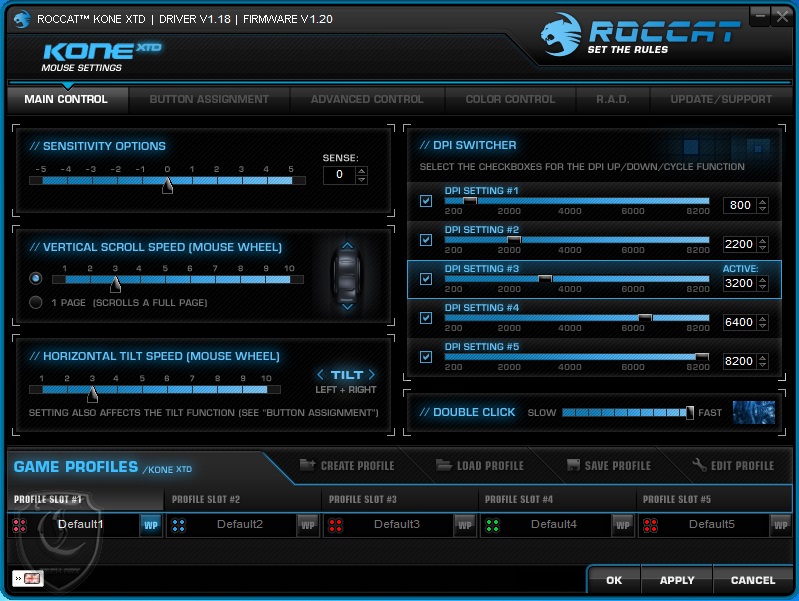 Additional settings like Profile switching and Test Surface Quality can be done easily through the software. 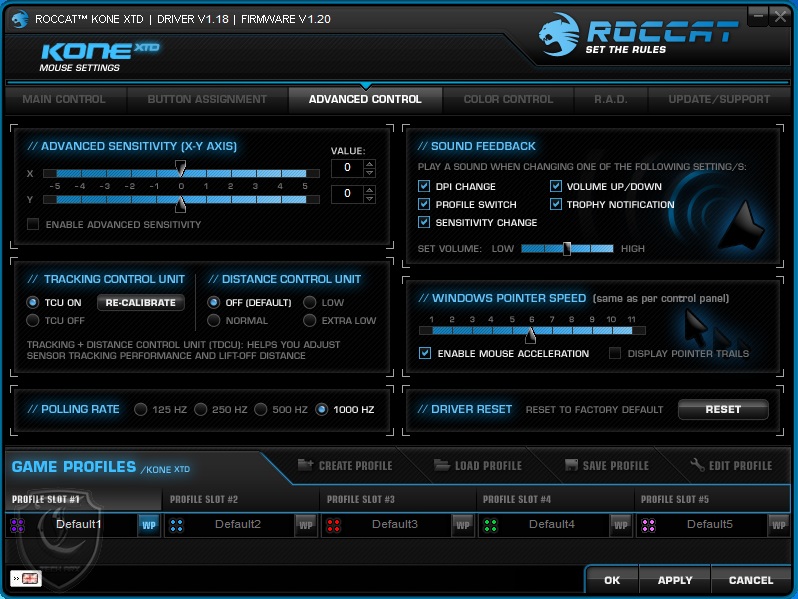 The Roccat Kone XTD, like all the other mice before it, went through extreme playtests of various games for prolonged times.

Be it MOBA or Third-person shooters; RPG or First person shooters, the mouse has performed brilliantly. However after a few hours of Battlefield 4 and Dragon Age Inquisition, the two outer fingers started to scratch against the extended Right click and create some disturbances.

During long matches of Battlefield 4 and Warframe, I’ve had no problems with switching scopes and shooting the enemy to oblivion. 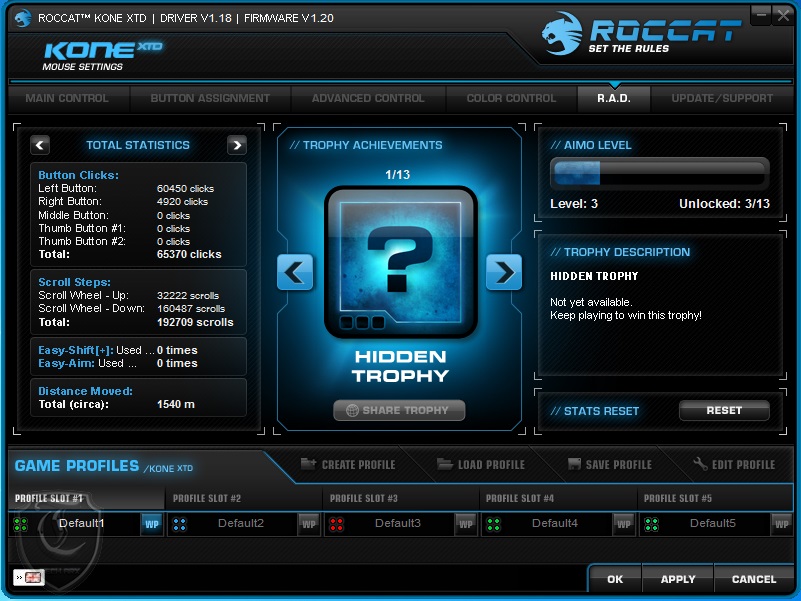 Now during MOBA and RPG games, the mouse was a bit challenging since precise movement was needed for attacks to land perfectly. Although I missed a few keystrokes but that is completely overshadowed by the comfort. 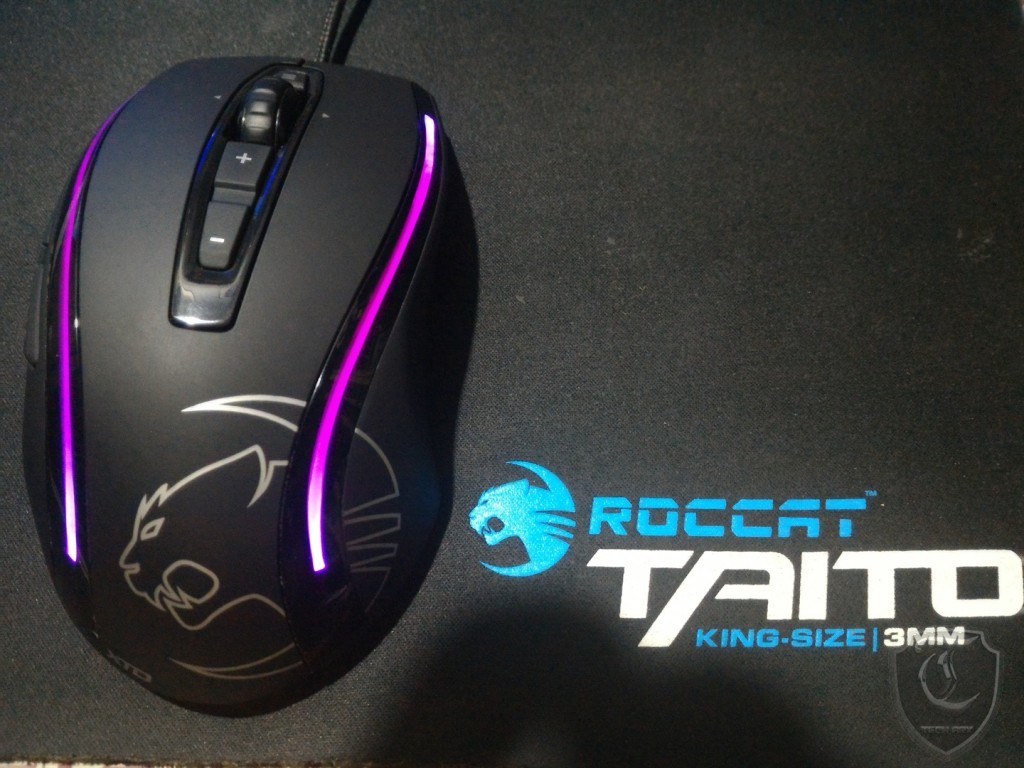 1. Ergonomic and Robust build. Highly customizable.
2. Dedicated software for command and advanced customization.
3. Dedicated keys for commands and Adjustable weights for advanced players.
4. Optimal Performance across the board.
5. Great style design and focus.

1. No ambidextrous setup available.
2. The surface area might be too big for people to hold.

The Roccat Kone XTD gets the TechARX Gold Award for improving on the already feature-stacked and comfortable platform Roccat Kone[+] . The ergonomics, the keys, the software, the performance and the price tag all speak for the mouse.