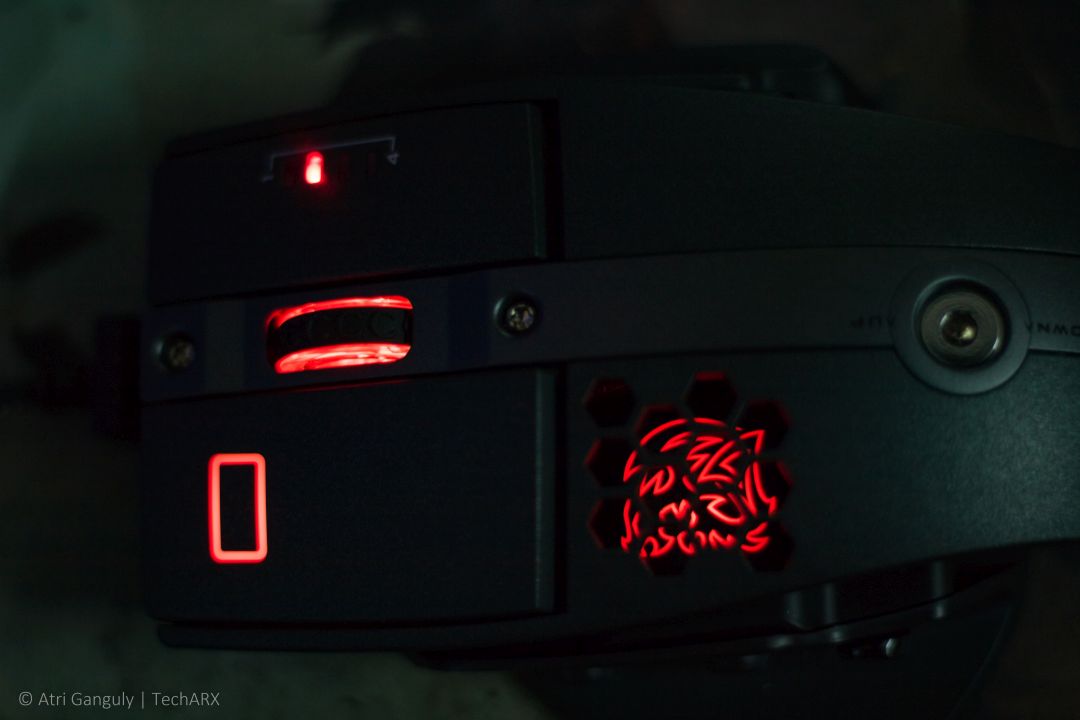 Thermaltake has been up to quite a bit of late, and one of the latest products from their eSports peripherals has just landed at our labs. Ladies, gentlemen, and children of all ages, I would like you to recall a certain “Special” gaming mouse from Thermaltake – the original Level 10 M,that was the brainchild of Thermaltake and BMW Group subsidiary DesignworksUSA – and remember the critical acclaim that it was subjected to. Seems far from surprising that, given how delightful it’s older sibling still is, the recently released Level 10M Advanced gaming mouse is nothing short of “Special” as well. The mouse is the newest addition to Thermaltake’s Level 10 product family, with Thermaltake’s inherent unique and futuristic design aesthetic shining quite boldly. In this review, we’ll be focusing on the Level 10M Advanced’s chassis, specifications, features, with the obligatory nitpicking just to ensure ourselves that this isn’t something straight out of Back To The Future 2. 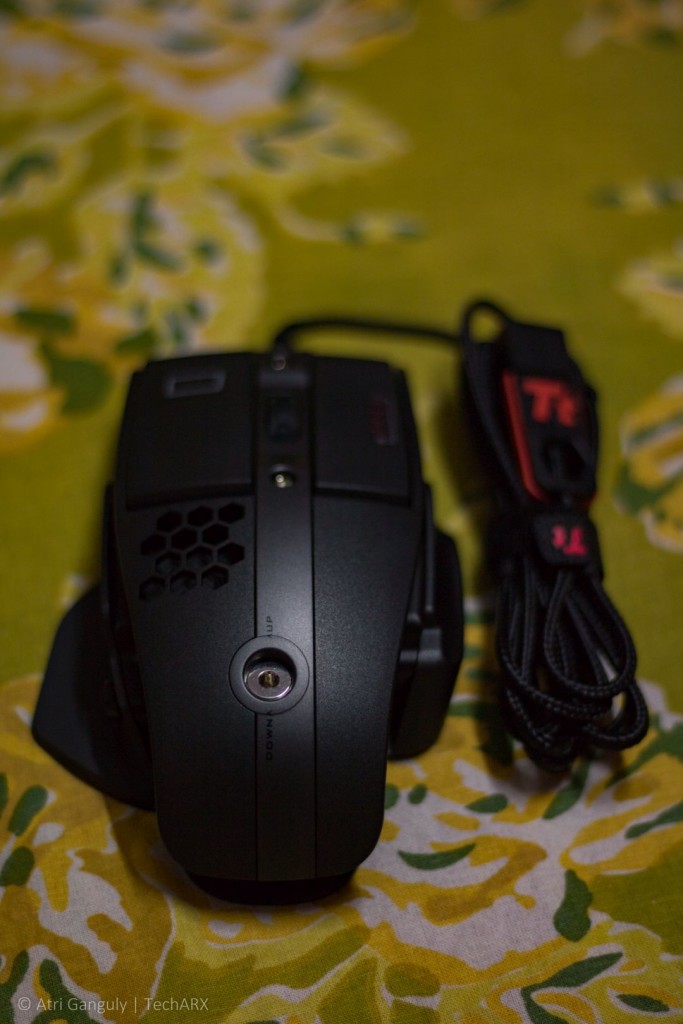 The Tt eSPORTS Level 10 M Advanced is a very sturdy piece of hardware, owing to a completely aluminium chassis, and a frame guaranteed to be at least 10 levels(Geddit?) more durable than the average mouse, and also capable of soaking up considerable damage depending on the situation. The final retail version has been fine-tuned for both long sessions and long-term usage. Its size proves quite advantageous for users preferring either or both palm and claw grip orientations. Weighing in around 190 grammes, the Level 10M  is obviously going to be a tad too heavy for users not accustomed to similarly built products. Thankfully, this little issue is somewhat alleviated thanks to the Teflon mouse feet that also add a layer of smoothness to the mouse in general. 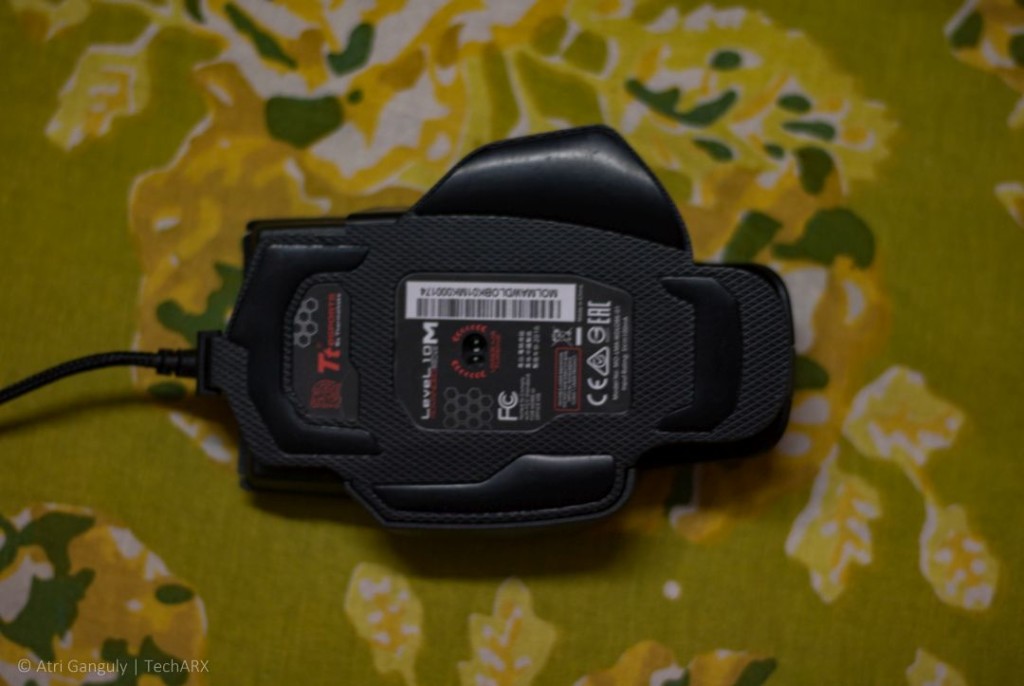 Aesthetically speaking, the mouse is available only in a single colour. The mouse itself has 3 main lighting effects; the left click button, the mouse scroll wheel and the Thermaltake logo may be either simultaneously or individually illuminated, along with a small indicator for DPI levels on the right click button. The illumination effect has three different patterns or options(static, pulse and spectrum running) that can be controlled and monitored through a bundled software suite.

The software solution is satisfactory, although not without its flaws – the suite needs some serious design overhauling (a flat UI maybe?). The driver itself has every bit of the enthusiast grade tweaking capability that one could expect from a mouse of this calibre. Multiple profiles that can be indefinitely customised, X-Y axis tweaks and a very streamlined macro editor. But, as pointed out before, the Ttesports Command Centers design is going to be a hit-or-miss, for the most part, seeing as the design team needs to consider that not every customer would find a cutting edge frame more appealing than a streamlined, curvy one.

Speaking of mouse buttons, other the standard 3 on the top, the Level 10 M Advanced has two side buttons on each side and a four-way button on the left. This might prove more than a handful (Pun obviously intended) lot for normal users. But, thankfully, the side buttons can be deactivated to allow simpler, more streamlined usage. 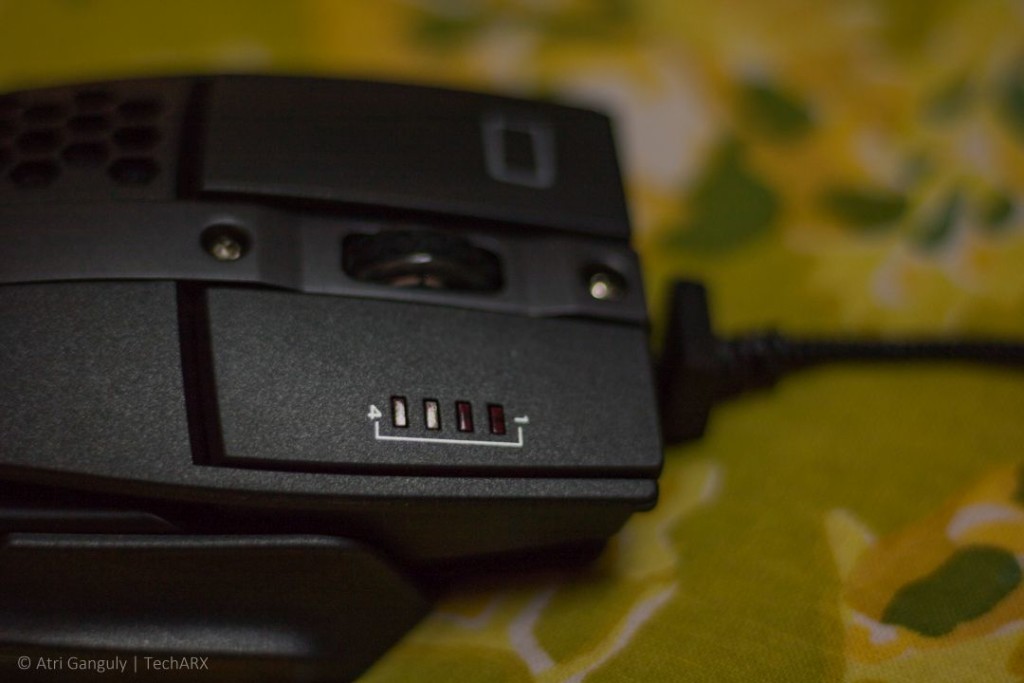 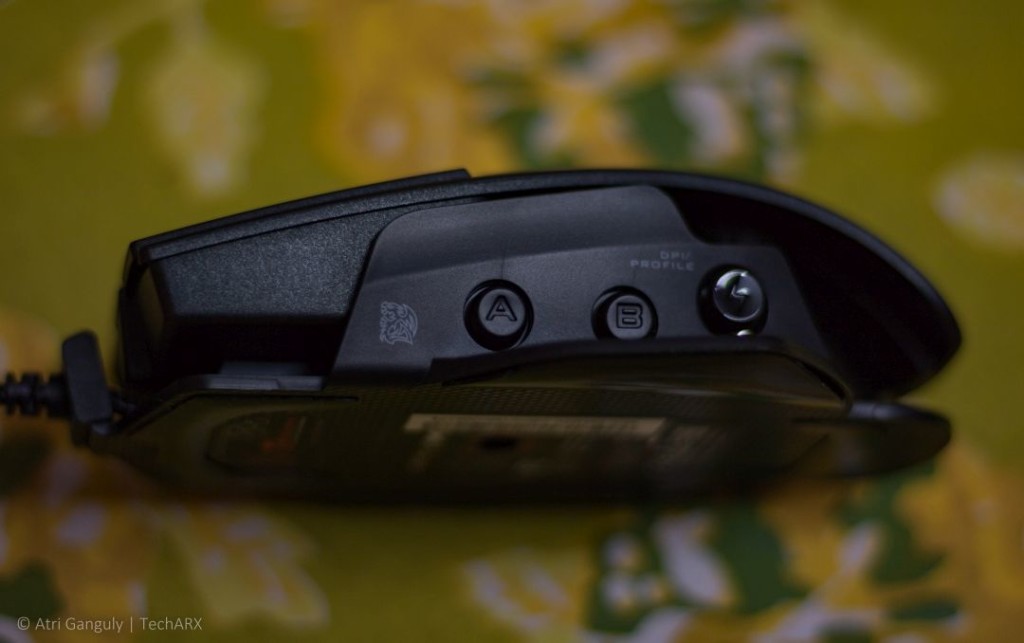 The sensor on the Level 10M Advanced is a laser one, more specifically the Avago ADNS-9800, that allows the mouse to cap out at a whopping 16000 DPI sensor sensitivity. This can be changed manually through the software suite, but only 4 DPI values can be set at a time. The default settings are 800, 1600, 3200 and 5000 DPI, but we went the extra mile & tested the Level 10M Advanced up to its 16000 DPI ceiling. Personally speaking, I used a very competent mouse tester and found little to no jitters at all. The mouse runs fine for all intents and purposes, and I’m really happy with how it’s turned out.

We put the Level 10M Advanced through its paces , through heated multiplayer sessions of Battlefield 4 and Tom Clancy’s The Division. The action hastened, we got fired up, and the enjoyment died down as work beckoned, but the Thermaltake Tt eSPORTS Level 10M Advanced held on to its comfort zone like a champ. To put it bluntly, the mouse delivers.