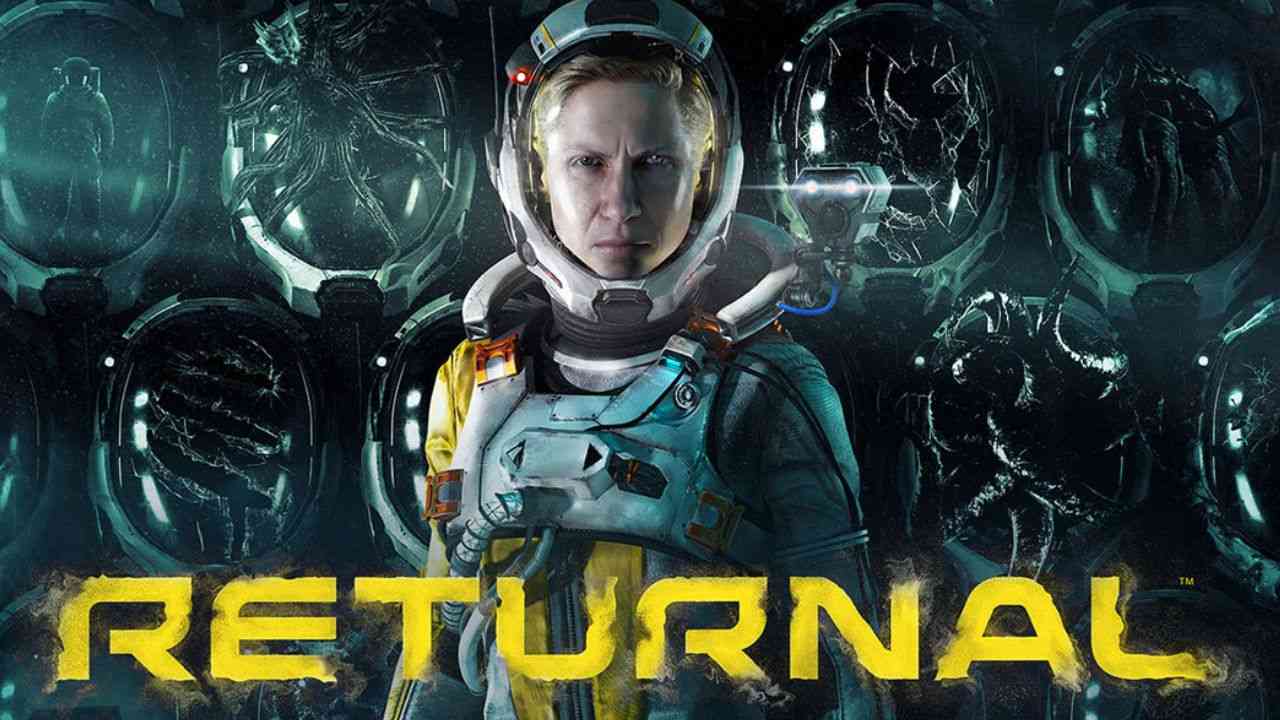 Returnal is the latest game from the Finnish studio Housemarque. Best known for games like Resogun and Nex Machina, Returnal is their most ambitious and biggest project to date. 30 hours and countless failures in, I still don’t want to put my controller down, even though with every death I have, the game loses a bit of that charm that managed to hook me in the first time I picked it up.

At its core, Returnal plays out like a roguelike. You play as Selene, an astronaut in the service of the Astra corporation, who ends up being trapped on the planet Atropos. However, the dangerous fauna that lives there is not the only problem that the protagonist must deal with. Eventually, she discovers that every death she has suffered takes her back to where she started. Without many options, Selene is forced to persevere in a world that wants her dead in order to break the loop she is trapped in.

The gaming industry has been flooded with roguelikes in the past few years but Returnal manages to feel refreshing and exciting regardless. This is thanks to the absolutely top-notch production values and the excellent gameplay. But it still does suffer from some of the genre’s shortcomings.

Selene is the perfect protagonist for this game, characterized by her stoic nature and strong will. The only reason she is able to go through this endless cycle of life and death is because of her determination to be free of her fate. However, beyond her stoicism and trauma, the protagonist of Returnal is also characterized by her perseverance. This is what makes it easy to feel sympathy for her, as players also yearn to break the cycle.

Like other titles in the genre, players must start from the beginning if they die. However, certain things do change and you get to keep the game’s currency. A weapon that you might have unlocked in the later biomes might turn up earlier on now, and the bosses you defeat won’t have to be defeated in the next run, but you can still choose to do so, to get your hands on some sweet upgrades. But other than that, every run is back to square one, with no unlocked upgrades, no weapons, nothing, except you, your trusty pistol, and one other thing that’s not in-game – the knowledge you gain from every run.

A good game handles difficulty by making it challenging, and yet, conquerable. Being hard for the sake of being hard by implementing unfair mechanics and bullet sponge enemies just makes it frustrating, and not rewarding. The game must point the path of victory to you, but at the same time make you work for it. You must feel like you’ve truly won something by hard work and determination, not just luck or by exploiting poorly designed mechanics.

Returnal is one of those good games, it can be absolutely brutal at times, and losing everything can feel devastating. But every time you die, you die knowing how you died, so that you can avoid that situation next time. Every time you face a boss and fail is every time you gain an opportunity to find out what their weakness is. Every boss feels like a puzzle and is as much as a test of your quick reflexes as it is of your quick thinking and decision making. The game takes the bullet gameplay that Housemarque is known for and turns it up a few notches.

Every time you wake up and see Selene bracing for another bout in what is quite possibly the closest thing to hell, you feel yourself gripping that controller harder, telling yourself – this time you’re going to make it.

Throughout the game, players travel through various biomes. Although some things vary, you eventually end up familiarizing yourself with the geography. This makes it easy to find items and upgrades on subsequent runs. However, that is not the reason why level design is one of the game’s strengths. By defeating bosses, Selene unlocks tools that allow you to take new paths. This not only serves to access new opportunities but also enables shortcuts. This way, players are not forced to face two bosses to return to the third biome. They can go straight to the last biome unlocked.

This accessibility – which does not detract from the difficulty, especially in the second half of the title – allows players to develop the persevering mentality of Selene. Also contributing to this are fast loading times, which allow you to return to action immediately, and daily challenges, which provide resources for help.

As in other ‘roguelites’, players always start with a basic weapon and then gradually unlock a wide variety of weapons. The ever-expanding arsenal never renders your previous weapons useless, however, as each one has its strengths. One might have a cooldown time but is much more damaging than normal weapons.

Now, weapons are not the only tools to consider in the battle for survival. Players can also equip artifacts and parasites. Both items provide bonuses. However, there are differences. The former usually cost obolites, the main currency of the game. The latter is free, but they come with a negative side effect. While Parasites can be found throughout stages, artifacts, weapons, and consumables can only be obtained by defeating strong enemies, using fabricators, or inside chests. However, some of the latter comes with the ability to trigger glitches in Selene’s outfit. To fix them, players must meet certain conditions while suffering the effects of the rift or reverse Aether.

With the vast amount of options at their disposal, allowing players to adapt a variety of play styles. Despite allowing experimentation, however, it should be noted that Returnal primarily rewards perfect execution. This is reflected in the Adrenaline system, which offers bonuses to Selene for killing streaks, and awarding certain bonuses. You must use every trick in the book to get through the fights, and the game constantly pushes you to become more and more aggressive as it throws enemy after enemy at you.

The game does suffer from a bit of repetitiveness, and it’s limited by the fact that the genre and the nature of this type gameplay demands repetition and monotony to be one of the consequences of your failure.

The game is absolutely stunning in its 4k glory, and the visuals aren’t the only thing to be impressed about. The game absolutely kills it with the presentation and use of the Dualsense’s unique features. As I stepped out for the first time on Atropos, I was instantly amazed by the haptic feedback that the raindrops produced on my controller. Combined with the fluid framerate and sharp visuals, as far as first impressions go, the game pretty much nailed a 10.

The game has a striking visual identity. The design of enemies and various biomes gives Atropos a clear allusion to hell – a personal one for Selene. The soundtrack composed by Bobby Krlic perfectly accompanies that setting. In Returnal, haptic feedback from the triggers is used to switch between normal and alternate fire. The controller simulates different elements of the environment. These include rain and hot wind from a desert. They are small details that make the game feel incredibly immersive.

Playing with headphones or an audio setup that supports 3D audio is highly recommended. The PS5 Tempest 3D AudioTech is more than just a gimmick. It feels incredible to be able to feel the directions of the explosions around you or the presence of enemies above, behind, or even below you. It directly feeds into the gameplay as well, as you are now able to track the direction of the threat from audio alone. I really hope more and more games continue to leverage the incredibly impressive technical features of the PS5, aside from it’s raw horsepower.