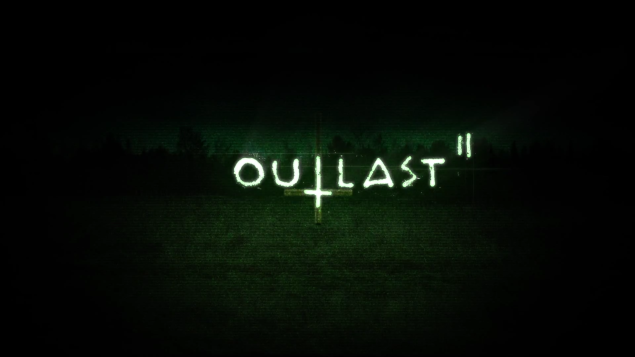 Horror game as a genre has evolved gradually and with Indie developers such as Red Barrel, this genre has a far stretching influence in the present gaming industry.

After the success of Outlast, the developers soon unveiled it’s sequel. And the sequel looks even more intense and scary. While the sequel has been set in the same universe, the game will feature a brand new cast of characters and location.

During the official Twitch livestream, Red Barrels’ Co-Founder Phillippe Morin and Writer JT Petty talked about Outlast 2. The main protagonist will be a cameraman who’s investigating the murder of a Jane Doe and trying to find where these people came from. He takes a chopper and goes to investigate the canyons of Arizona, but the chopper crashes and when the protagonist wakes up, he finds himself separated from his wife and in a secluded village full of people who believe that the time is coming to an end.

While Outlast is known for it’s unique storytelling and immersive gameplay, the sequel will also focus on the same and the developers also made it pretty clear that this will be more about an experience rather than gameplay orientation. In order to fulfill such criteria, Red Barrels carefully read all the feedback regarding the first game and they are trying to address everything; the AI, for example, has been rewritten from scratch and is now a lot more complex.

The franchise will also get a comical adaptation that will bridge the gap between these two game.

Morin confirmed that they are looking at the possibilities of a VR horror game because the genre seems like a fit for VR devices such as Oculus Rift, HTC Vive and PlayStation VR.