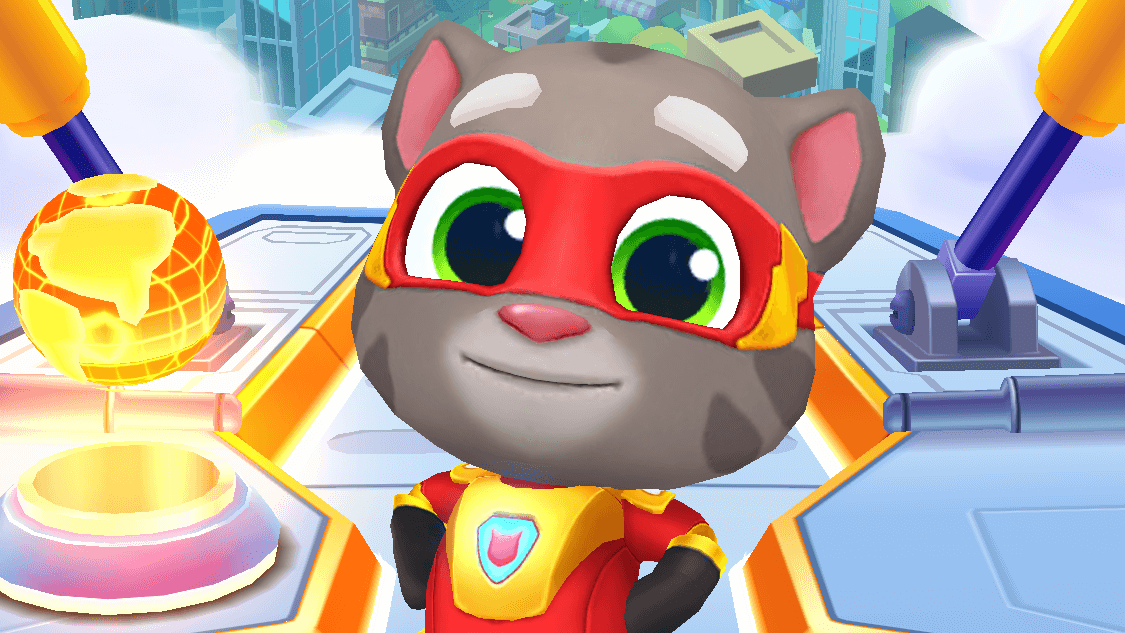 Mumbai: 21st May 2019 – Outfit7, the multinational entertainment company behind the globally popular Talking Tom and Friends franchise, has just opened pre-registration on its “super” new mobile game, Talking Tom Hero Dash. Delivering a superhero twist on the endless runner mechanic, Talking Tom Hero Dash calls on players to save the world from a pack of villainous raccoons who have captured Talking Tom’s friends and are leaving a trail of destruction in their wake.

For the first time ever, Tom and his friends are getting a superhero upgrade (capes and superpowers included). Collect loot, battle bad guys, dodge disasters, rebuild the city, and rescue Tom’s friends. Players can then race their way through the game’s five exciting worlds and unlock the ability to play as all five super friends.

“We are one of the industry leaders for endless runners. With Talking Tom Hero Dash, we wanted to give the mechanic a super boost by adding an action-packed superhero narrative,” said Boris Dolenc, Chief Product Officer at Outfit7. “We’ve also created a brand new animated series called Talking Tom Heroes (link) to complement the game’s launch. It will give fans the chance to experience even more of these characters’ thrilling adventures and discover that friendship is a superpower!”