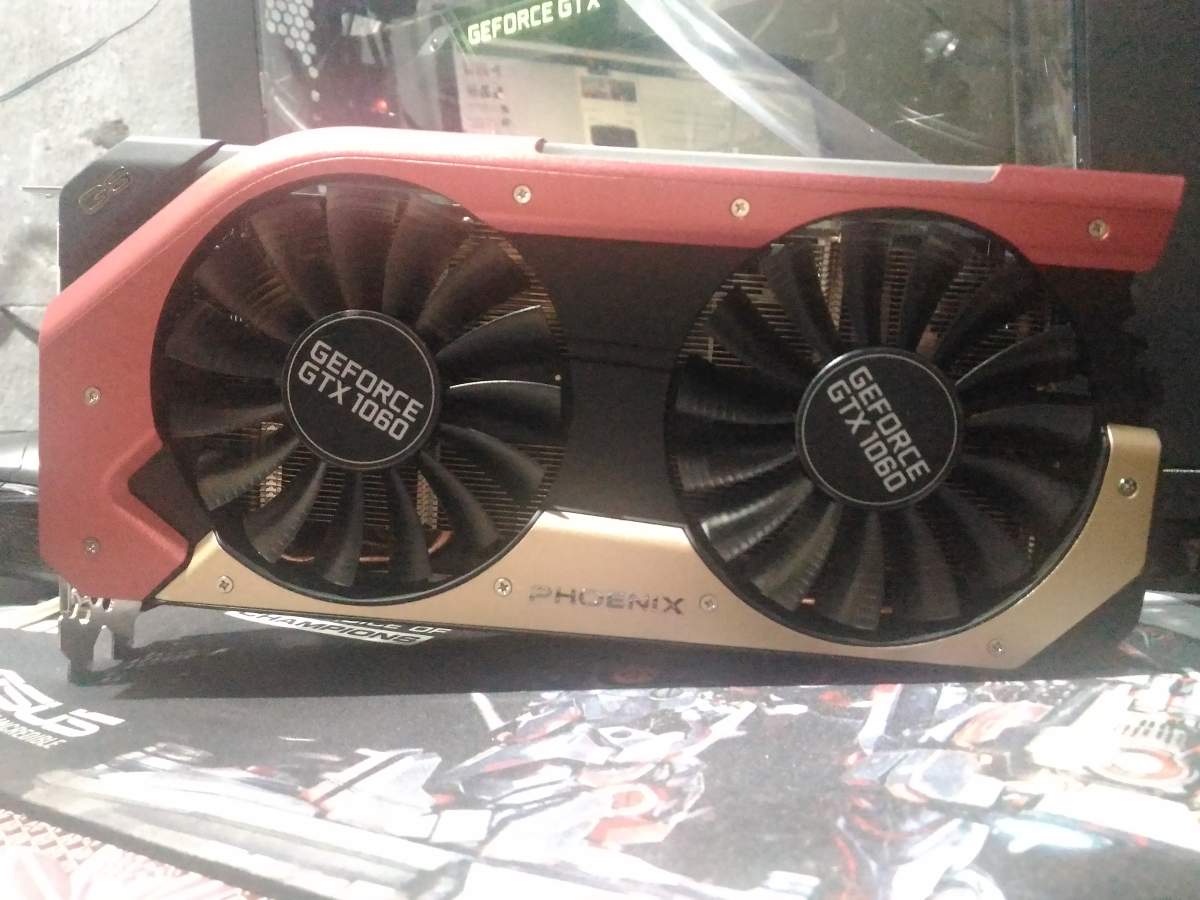 The mainstream or mid end price tier of any hardware is where the action mainly is. Therefore it is the mid end where the sales occur in bulk and the company who dominates the mid-tier manages to grab most of the market. Today we will be taking a look at the GTX 1060 from Nvidia which is their new mid-tier offering.

The GTX 1060 is positioned as a mid-end product for Nvidia’s Pascal lineup after the GTX 1080 and GTX 1070 with a GTX 1050 probably releasing sometime later this year.
(October according to the latest rumors)

We will start off with a little specs comparison off the bat before we dive into the nitty-gritty stuff.

The GTX 1060 brings the GP106 GPU to the market which is Nvidia’s mainstream GPU offering. The GP106  ships with 1280 CUDA cores which is half of the GP104/GTX 1080. In theory, we are looking at a card which has half number of texture unit and geometric engines. However the similarity kind of stops there.

Coming to the backend one would expect the GP1060 to ship with 4ROP/L2/MC partition(totalling to 32 ROPs and a 128-bit memory bus). However,Nvidia shipped the GTX 1060 with a 6 partition setup. 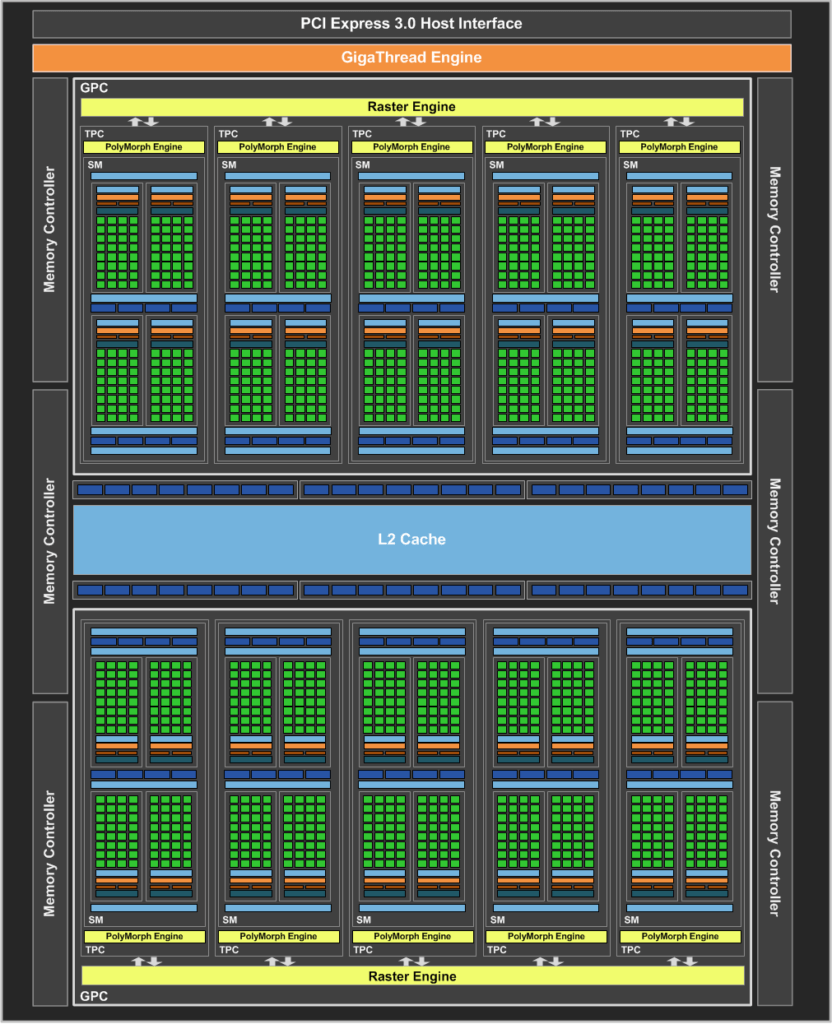 The design brings three things on to the table. First, the GP106 is not exactly a half GP104. Second, it has a higher ROP throughput, L2 cache capacity, and memory bandwidth ratio per CUDA core than the other pascal parts like the GTX 1080. And thirdly, this is the second time Nvidia has used this kind of design with a larger backend, GK106 being the first.

In any case, we are left with an interesting design for the GP106. The GPU’s 10SM are divided into two GPC’s. This means the GP106 can rasterize 32 pixels per clock on the front end but the backend can accept up to 48 pixels per clock.

The other Pascal cards received a considerable bandwidth increase from their respective Maxwell parts to feed their GPU. Consequently, GP106 needed a similar solution. On the GTX 1080 Nvidia opted for the expensive GDDR5x and in GTX 1070 Nvidia bundled faster 8 Gbps GDDR5. For the GTX 1060 Nvidia had two options : either go with GDDR5X or go with a wider memory bus, the company opted the more economical second way.

Moving on to clock speed’s the GTX 1060 comes with a 1.7GHz boost clock. This puts GTX1060 at 4.354 TFLOPs, giving the card about 80% boost if compared to the retiring GTX 960. On the memory side of things the card ships with 6GB of VRAM. The memory runs at the same speed as the GTX1070 giving the card 192GB/sec of total bandwidth.  That gives it around a 71% increase in bandwidth over the GTX 960. Coupling that with the Image compression technology in Pascal means GTX 1060 won’t be running out of bandwidth. 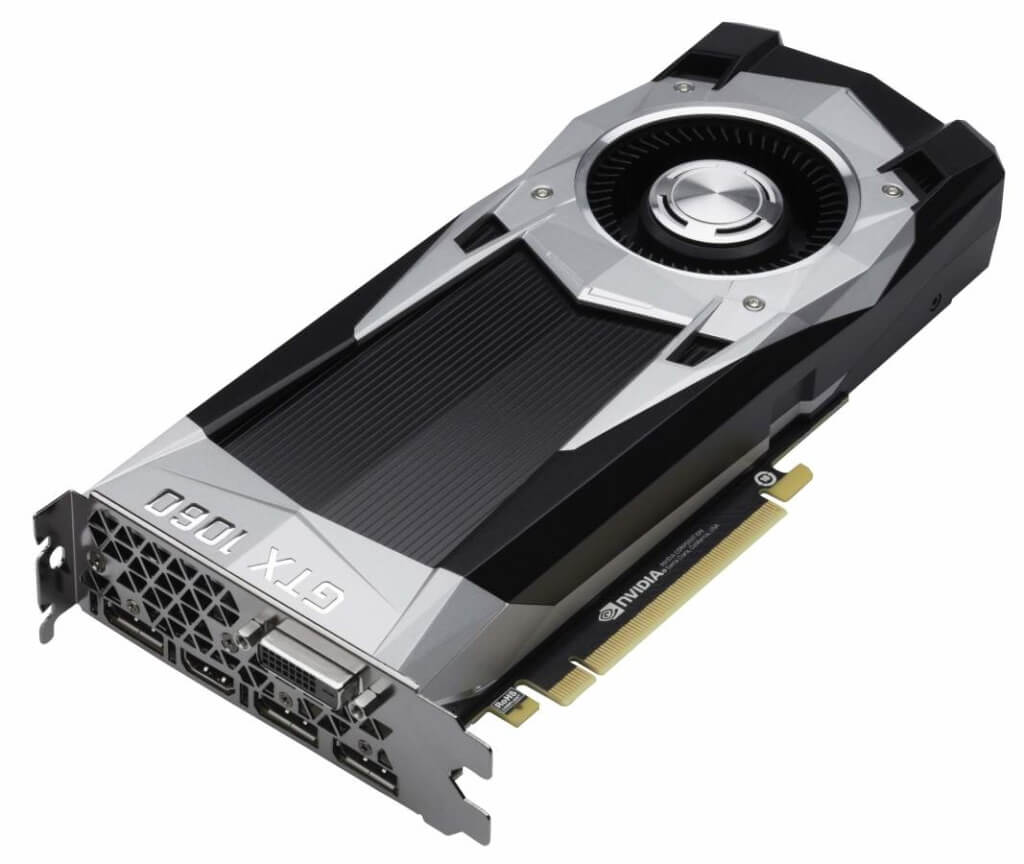 On the TDP side, Nvidia put the GTX 1060 in the same power envelope as its predecessor, which is 120W. This makes the GTX 1060 suitable for systems that only offers single 6pin connectors.

Do note the GTX 1060 Founders Edition are not sold in retail channel except through Nvidia’s web store. So do not expect to see the founders edition.

A Closer Look at the Gainward GTX 1060 Golden Sample

The front of the GPU features a two-tone metal plate with the same colors of a red-velvet cake. The tilted edges and bolts are akin to industrial designs. The 90MM fans are  enough to give airflow at minimal noise. During our test’s however, the fans at 100% were quite audible. 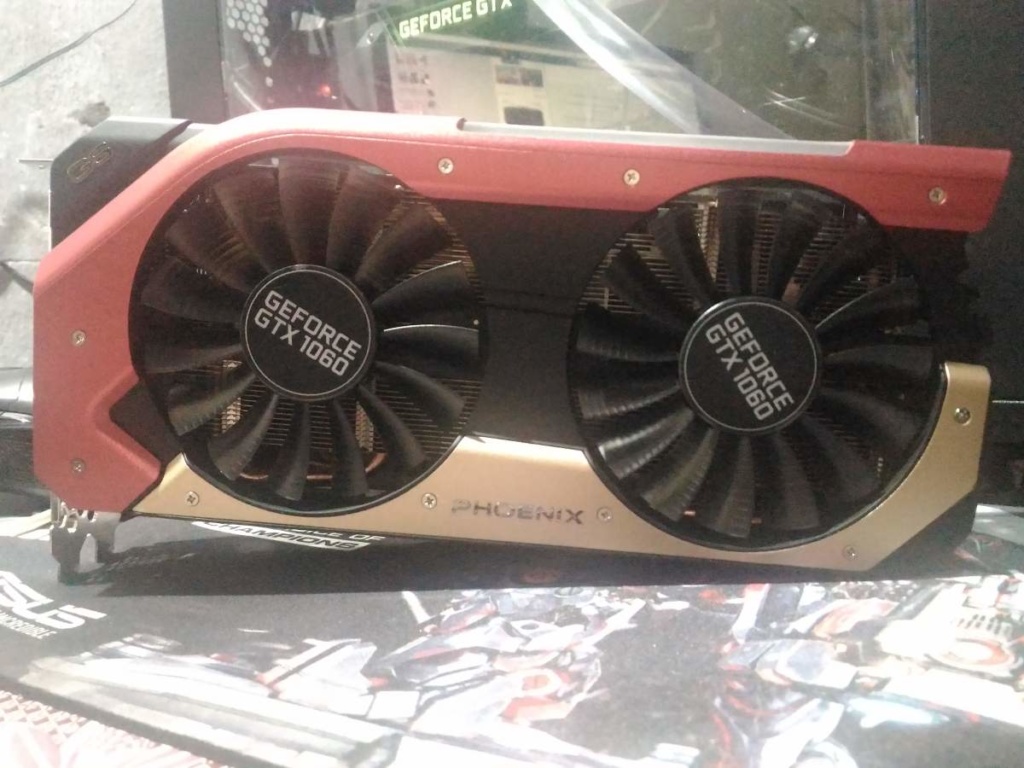 We see the main PCB, the backplate, the copper pipe and aluminium fin cooler and the fan assembly in the following render. 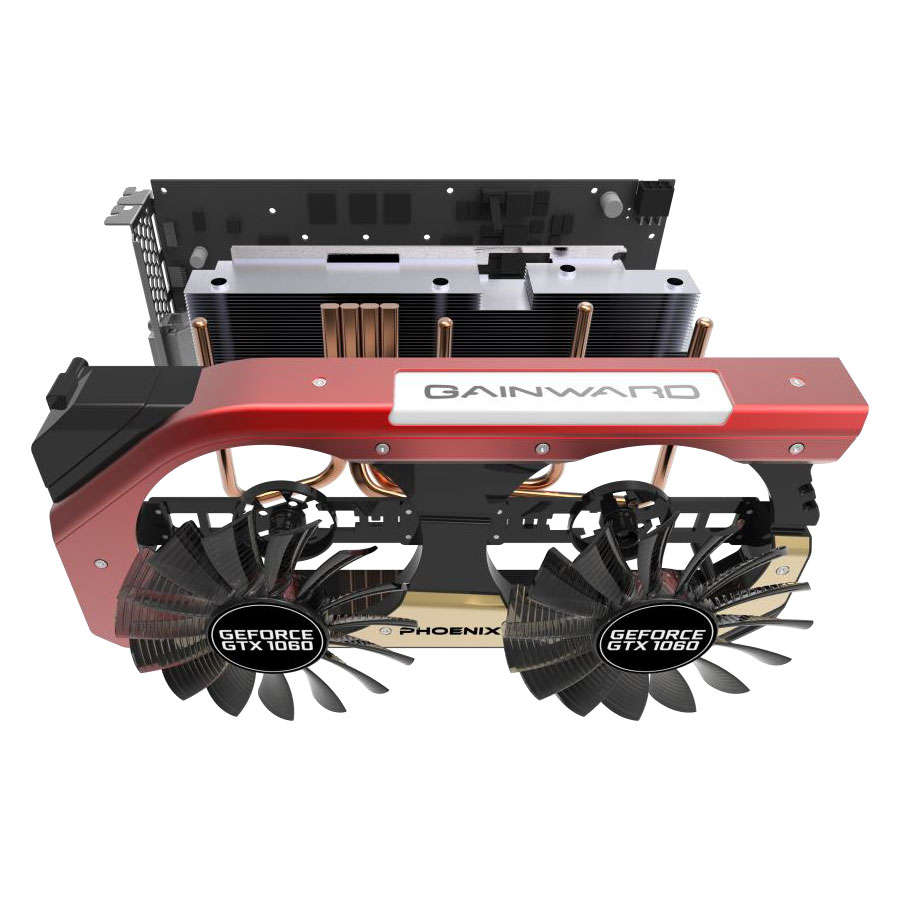 While the Cooling system is nothing over the top it does a pretty well job. Also,the Gainward Logo is RGB enabled(although the implementation is very clunky) and controllable through software.

When used the Logo looks like this in the dark

And to top it all off the GTX 1060 runs from a single 6 pin power connector.

As usual, we ran our general benchmark suite on the GTX 1060 and here are the results we came up with. 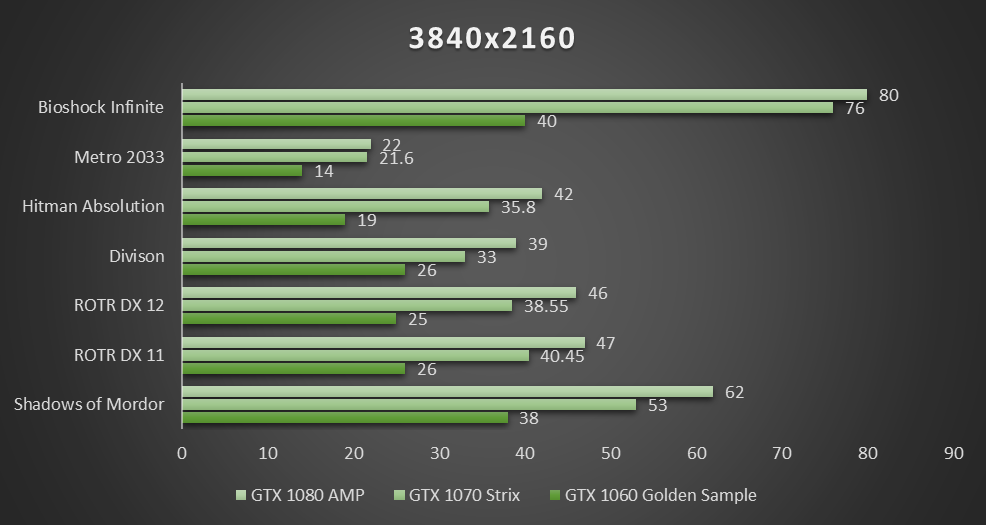 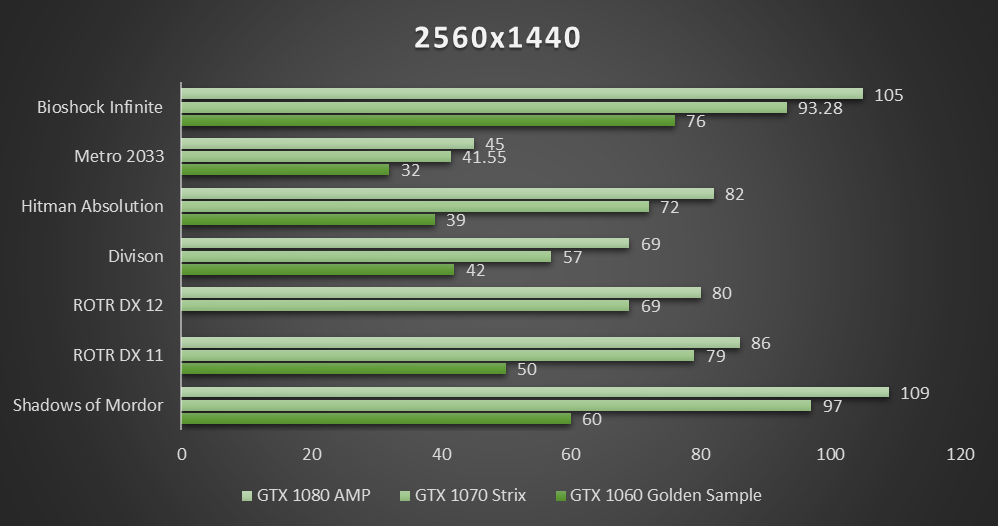 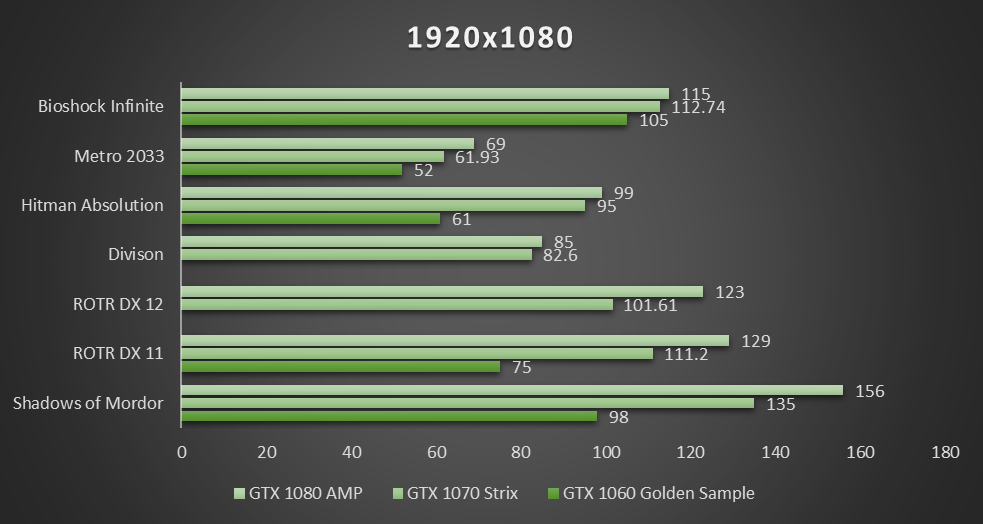 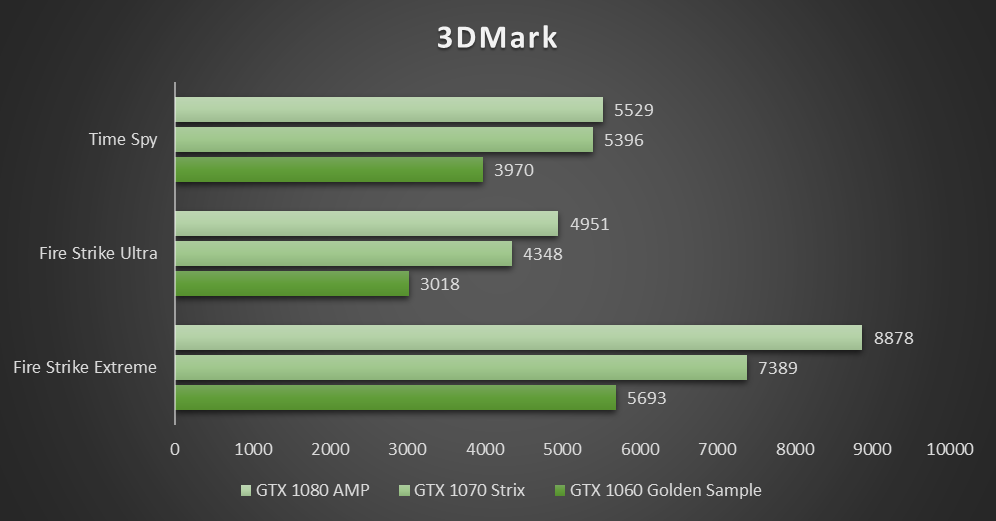 So for the current GTX 960 users the GTX 1060 provides a very nice upgrade option should they want to have a go at it.

Now coming the card we have tested. Gainward was always a bit of a dark horse in the GPU industry. As a result, in spite of having good design’s the cards never was a huge success.the flagship from Gainward was the “phantom” range of cards which ran in absolute silence without compromising on the performance. The Golden sample is made with overclocking and bling in mind. For our part, the card worked perfectly through our tests and testing period.

The Gainward GTX 1060 card  is priced at around INR 24,000. As a result, this makes the Gainward Golden Sample GTX 1060 the cheapest dual fan model of GTX 1060 available in the market.

In conclusion, the Gainward Golden Sample GTX 1060 fits the mantle of a relatively cheap card which can do occasional 1440P gaming. And that cues us to give this card a well-deserved silver. However, Gainward should improve the RGB implementation in the next iteration of the card.