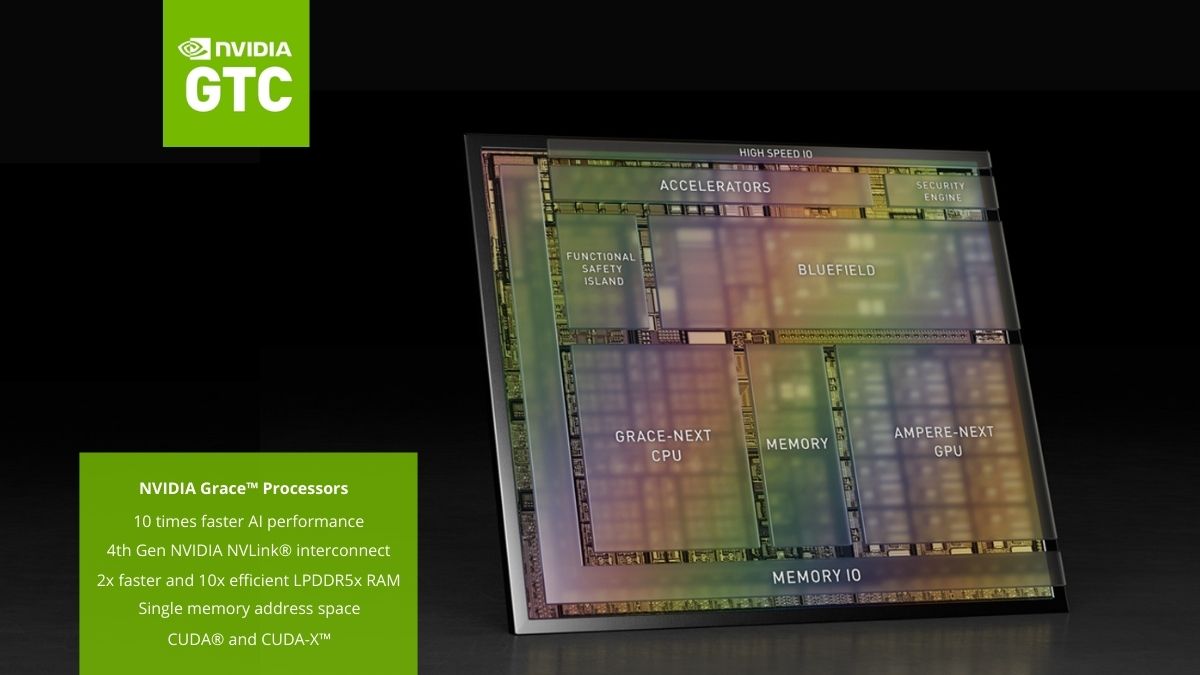 Nvidia has announced its first CPU - the NVIDIA Grace™, designed for the computing requirements for Data Centers for ML, AI, and HPC.

GPU manufacturer Nvidia has announced its first CPU at the Nvidia GPU Technology Conference (GTC). This will be a Data Center CPU built for serious artificial intelligence (AI) and high-performance computing tasks. the NVIDIA Grace™ CPU is designed to address the computing requirements for the world’s most advanced applications — including NLP, AI supercomputing, and many more.

NVIDIA has designed Grace on Arm System IP, the CPU coupled with the GPU and DPU, Grace gives us complete power for computing, and the ability to excel data centers at giant-scale AI computing, DL, and High-performance computing.

The new Grace architecture enables single memory address space. As a result, combining system and HBM GPU memory to unify cache coherence with the shared resource data. this will simplify the programmability of the applications further.

NVIDIA Grace will have the support of the NVIDIA HPC software development kit and the full suite of CUDA® and CUDA-X™ libraries, which accelerate more than 2,000 GPU applications. This will be necessary for ML, DL, HPC based use and will help the researchers and engineers working on complex and heavy workloads.

The Swiss National Supercomputing Centre (CSCS) and the U.S. Department of Energy’s Los Alamos National Laboratory have decided to build their supercomputers on Grace based platform in support of national scientific research efforts. CSCS and Los Alamos National Laboratory both are planning to build their supercomputers on Grace-powered System. This is expected to happen by 2023.

Availability for the NVIDIA Grace™ CPU is expected in the early first quarter of 2023.