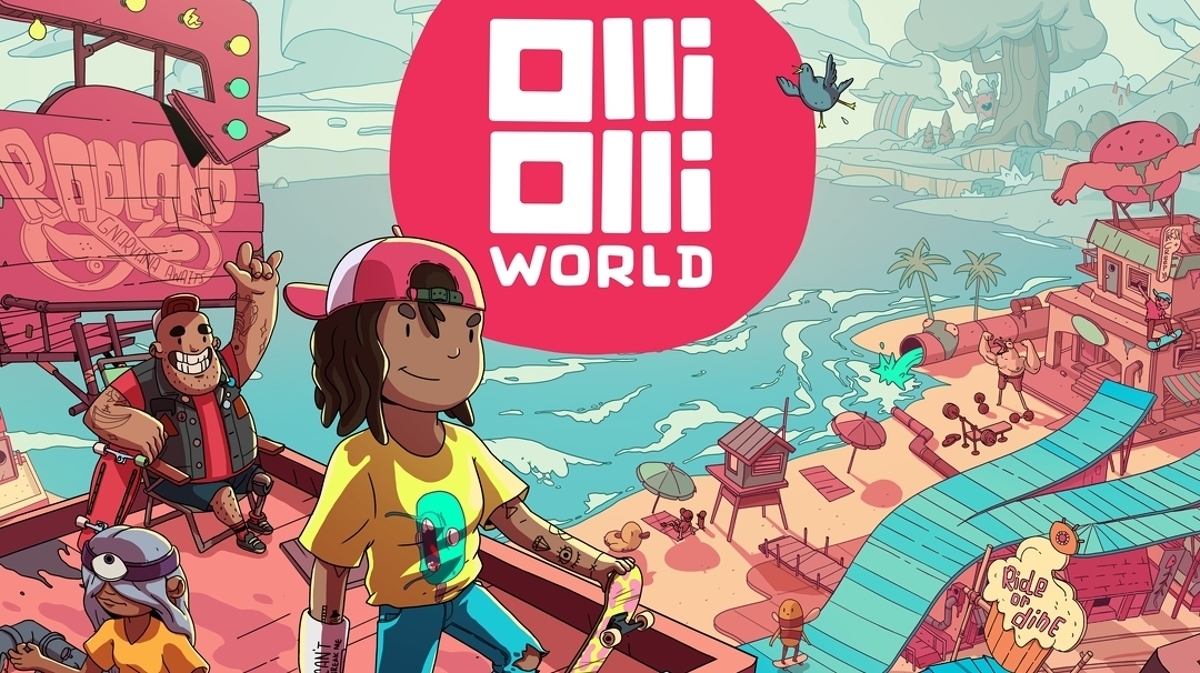 Private Division and Roll7 today announced that OlliOlli World will launch this summer digitally for the PlayStation®5 and PlayStation®4 system, the Xbox Series X|S and Xbox One consoles, PC, and Nintendo Switch™ system.

This skateboarding action-platformer marks a bold new direction in this critically acclaimed franchise and is bursting with personality. Players flip and flow through Radland, a vividly vibrant world full of colourful characters, as they search for the mystical skate gods on their quest for Gnarvana. Radland and its dwellers are delightfully weird and crafted with an outstanding, inimitable art style. In OlliOlli World players can customise character’s looks, tricks, and style before they explore levels with multiple paths, discovering all the hidden secrets of this gorgeous skate utopia.

Super tight controls combined with a highly-refined gameplay experience have always been pillars of OlliOlli. But now with OlliOlli World, the platformer ensures new players can enjoy the deep combo system and everything the game has to offer, while pros can really prove their skills, and master a vast number of moves with access to millions of unique levels in the game’s sandbox mode. Players can also compete against similarly skilled rivals around the globe in player leagues.

“We couldn’t be happier to finally bring the vision we’ve always had for the OlliOlli series to life with this ambitious new evolution,” said Simon Bennett, Co-CEO at Roll7. “We wanted to embrace the weird, wonderful, and diverse side of skateboarding culture with a game that’s all about going on a road trip with your friends, finding crazy spots, pulling mad tricks, and most of all, skating everything in sight!”

“We are thrilled to be working alongside Roll7 to push the OlliOlli series forward with a spectacular new art direction while staying true to its signature flow-state gameplay,” said Michael Worosz, Executive Vice President and Head of Private Division. “Flow-state is achieved through that perfect equilibrium of focus and relaxation – OlliOlli World boosts this unique feeling to unreached heights through an intuitive concept and perfected, ultra-tight controls.”

OlliOlli World marks the third entry in the beloved OlliOlli series from Roll7, the BAFTA and multi-award-winning London based independent studio famous for re-defining genres and creating remarkable games like OlliOlli, OlliOlli 2: Welcome to Olliwood, Laser League, and NOT A HERO.

OlliOlli World will launch digitally this winter during Take-Two’s fiscal year 2022 on PlayStation®5 and PlayStation®4 systems, the Xbox Series XIS and Xbox One consoles, PC, and Nintendo Switch™ system.