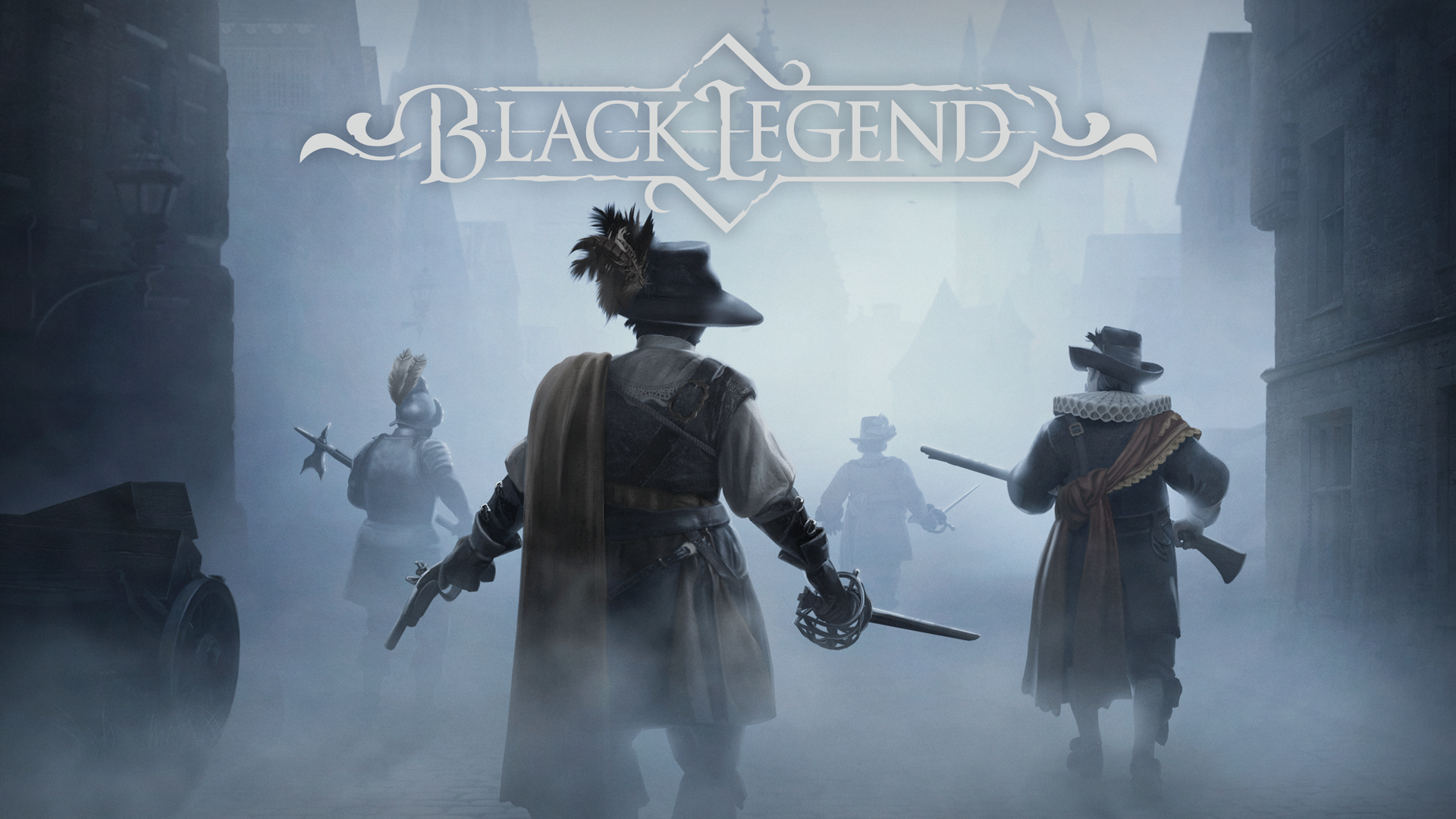 Since Warcave announced the arrival of Black Legend last September, I have had this title in my sights. I’m a huge fan of the gothic settings and tactical games, and Black Legend ticks both these boxes. Well, it’s finally here and while there’s a good game in here somewhere, it still needed a bit of polish and development time.

Black Legend takes place in the city of Grant, a once glorious and wealthy seat of power that has fallen to ruin. The city’s alchemist has covered the land with a dangerous mist, and our brave group of mercenaries has to infiltrate the city in order to end this crisis.

First off, the game nails the atmosphere, with its dark and brooding setting that is accompanied by an equally somber soundtrack. You can feel the sense of hopelessness and dread that the story has set out.

Despite the fact that it isn’t too impressive graphically, the game suffers from some FPS drops when there are more elements than usual on the screen, in addition to being very common to see multiple saw teeth, especially when zooming a bit. We have also encountered continuous popping every time we change scenery, taking several seconds to fully load the different textures.

One of the big drawbacks I find to Black Legend is Grant’s overall design. Despite the fact that the aesthetics are very well worked out as we have commented previously, practically the entire city is identical, with the same type of streets and squares distributed throughout the map except for some important points.

The first thing you will have to do when entering Black Legend is to create our main character through a fairly simple character editor that will allow us to make some very basic adjustments such as the gender of our character, the hairstyle or the facial hair.

Like any other turn-based tactical RPG, you manage a squad of characters to whom you can give assign different roles according to their stats: mercenary, rogue, shooter. There are fifteen classes in total and each role comes with a range of specific weapons that they can use, plus items and equipment. There’s a staggering amount of choice when it comes to customizing your squad’s gameplay, allowing you to adapt to any situation.

The mechanics are standard fare for the genre. Position your squad of four with respect to the enemy taking strategic places to evade while doing the most damage. Combat takes place in turns, with

According to agility, the attack turns between own characters and enemies are settled. Each turn is subdivided into a number of actions, move, attack, choose a closing action. In total, Black Legend has more than 15 available classes that you can unlock, from Mercenary, Executor, or Doppelsoldner, to Plague Doctor, Shooter, or Inquisitor, among many others. You will have complete freedom to assign the classes among the four members of our group, thus giving us the possibility of creating a large number of different combinations that help us overcome the different combats that we will have to face.

The class we choose will have a direct effect on both the statistics, the equipment, and skills that our mercenary can use. For example, if we decide to bring a Duelist into our team, this character will have very good offensive statistics, but will be limited to the use of light armor and will have very little defense and resistance. The opposite would happen for example with the Guard, much slower and with less offensive capacity, but with great resistance and capable of wearing heavy armor.

Studying the pros and cons of each of the classes is vital to success, especially if you decide to play the higher difficulties. Black Legend is a rather short game that you can complete in normal mode in about 6/7 hours. But thanks to the multiple class and skill options available there’s plenty of replayability.