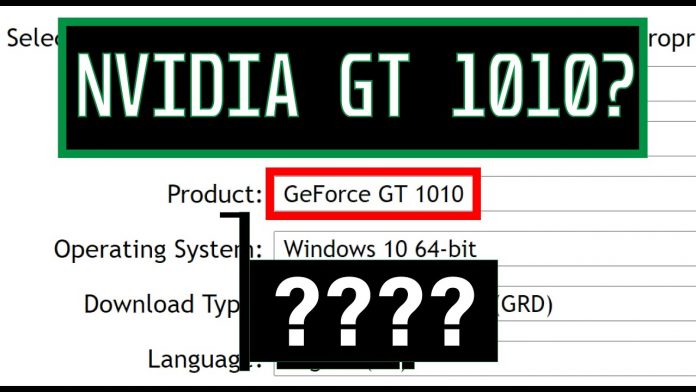 The release info was discovered by a Youtuber Dapz as GT 1010 was listed on Nvidea driver site, no other information such as price or release date has been obtained so far.

The GT 1010 is said to be available in a 2GB variant only and would have a TDP of 30w, as for pricing there is no information yet but we can expect it to cost similar to the older GT 710.