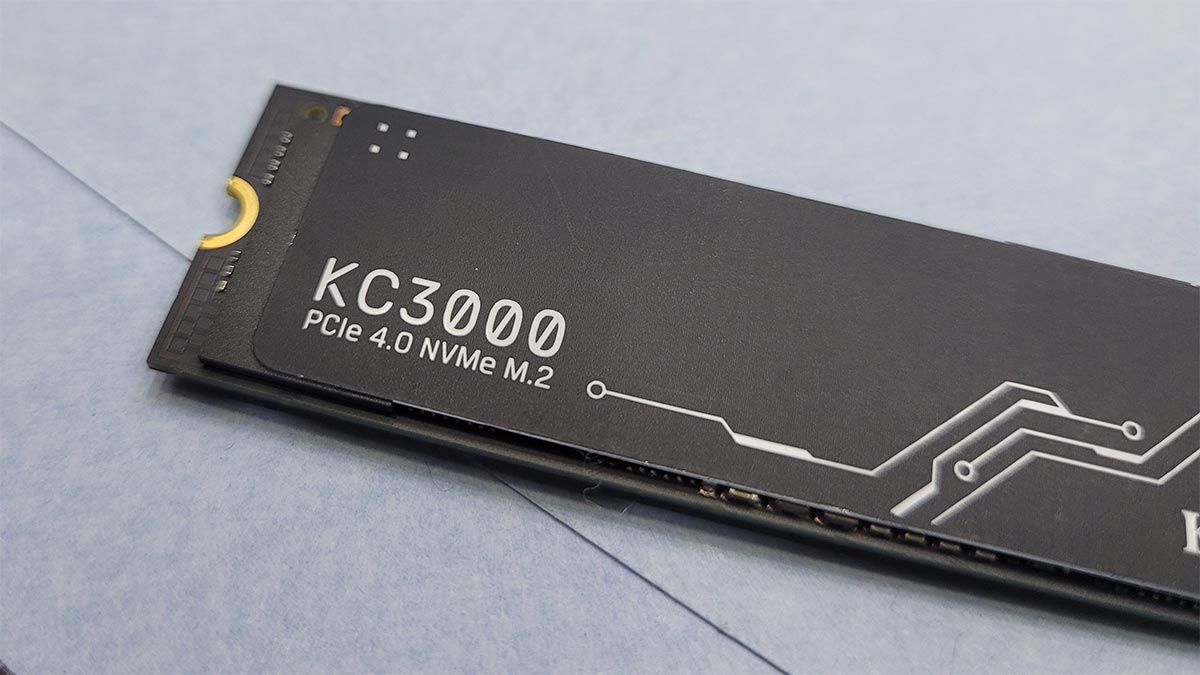 Kingston is one of the biggest players in the flash storage and memory market. While they specialize in memory modules and USB/flashcard storage, they are also big players in the SSD market with products like the A2000, KC2500, etc.

On top of the KC3000 Kingston has given an aluminum heat spreader since the E18 can run a bit warm. According to Kingston, the black coating is graphene—a special nano-arrangement of carbon atoms that has outstanding heat-transfer properties. We decided not to destroy the heat spreader since it was fixed a little too well.

Editors Note: Since we didn’t take off the top heatsink (because reasons! ), we decided to dive into the interwebz and research for component analysis.

The SSD is controlled by the Phison PS5018-E18. This is Phison’s PCI-Express 4.0 controller with eight channels. The Phison is produced on TSMC’s 12-nanometer node and uses five Arm Cortex R5 CPU cores. The E18 can support up to 32 die with NVMe 1.4, TLC, DDR4 memory.

The Eight flash chips are Micron 176-layer 3D TLC NAND B47R. Kingston Buys them in bulk and repackages them with their own branding.

We requested the folks from Tuktak Tech community to handle the testing along with us as a collabo and they graciously accepted. The test rigs are from them and the effort is joint and the result was fun! Go check them out on Youtube, you will not be disappointed!

We ran the KC3000 through our usual suite. The SSD came through with flying colors as expected. This is one powerful SSD.

The KC3000 SSD is Kingston’s flagship product and for good reasons. The Phison E18+Micron 176-layer combo works pretty well in conjunction with the 2GB DDDR4 cache and in turn what we have is a fantastic product.

There’s is one small drawback though; which I am sure will be rectified soon. The KC3000 comes with a preinstalled metal heat spreader foil which works pretty well, for the most part, cooling the E18 controller. However, if the drive is hammered with sustained loads like a couple of hundred GB’s of incoming write, the drive tends to throttle down abruptly after some time. Granted, that is not a normal use case scenario, but it would be nicer to get a bit beefier heatsink which will do an even better cooling of the drive in the larger scale of things. This, however, doesn’t take away from the fact that the KC3000 is an absolutely fantastic product.

Overall, a GOLD from the team at TechARX! A must-buy if you are looking for a fast NVMe drive.