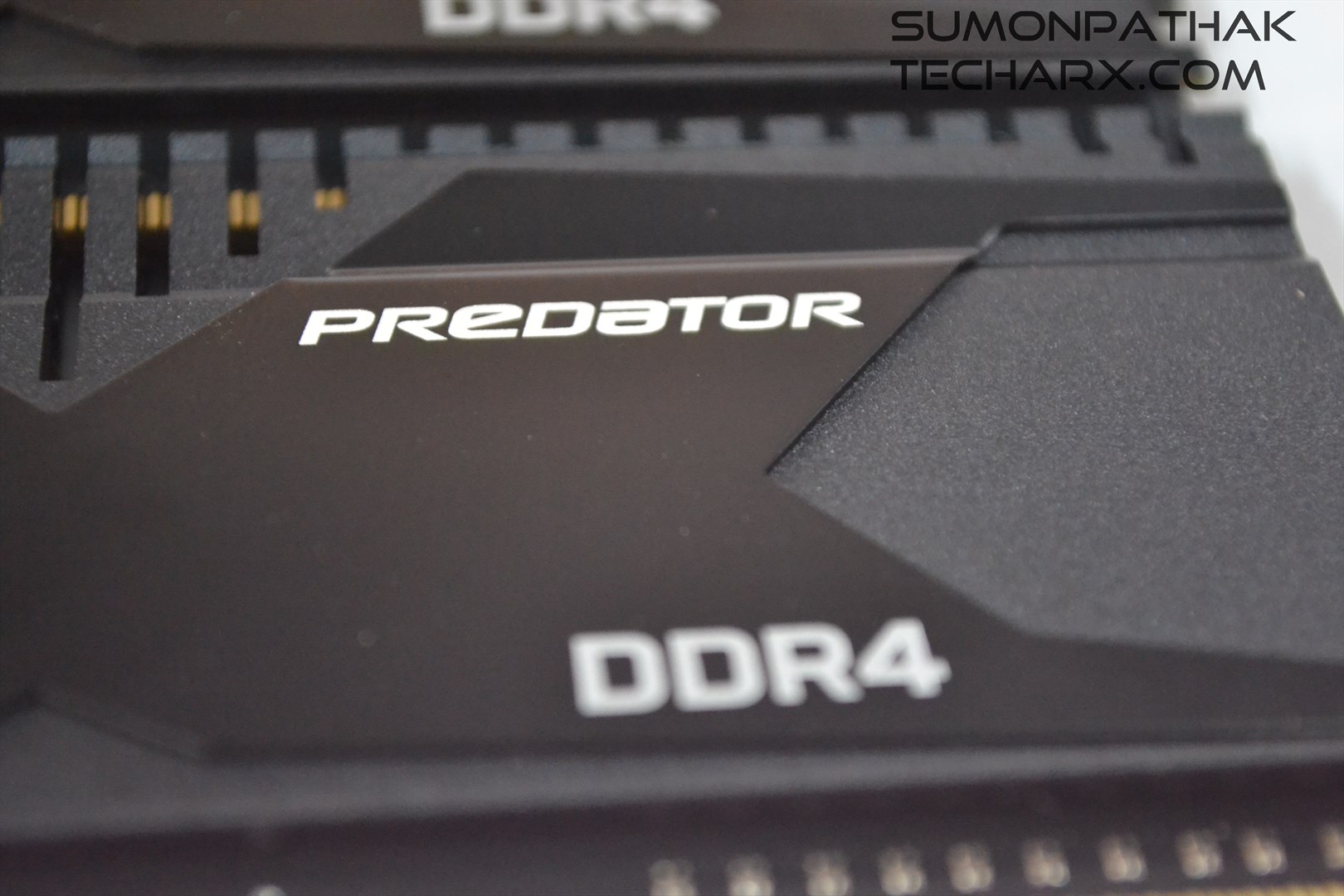 Time Changes, so does technology; especially in the PC components arena.
While on one hand some of the components gets updated l every 8 months or so, a few of them have a longer development and implementation cycle like RAM for example.

In this review we will be taking a look at one of the newest standards in RAM’s; the DDR4 memory.

Now what is DDR4? in technical terms DDR4 is “double data rate fourth generation synchronous dynamic random-access memory” in simple laymans terms its an update to the existing DDR3 rams both in physical aspects and in terms of specifications.
On the physical side a DDR4 DIMMS has 288pins as opposed to DDR3’s 240 DIMMS.
Also the DDR4 Dimms have much higher bandwidth and runs at a much lower voltages than DDR3 Modules. 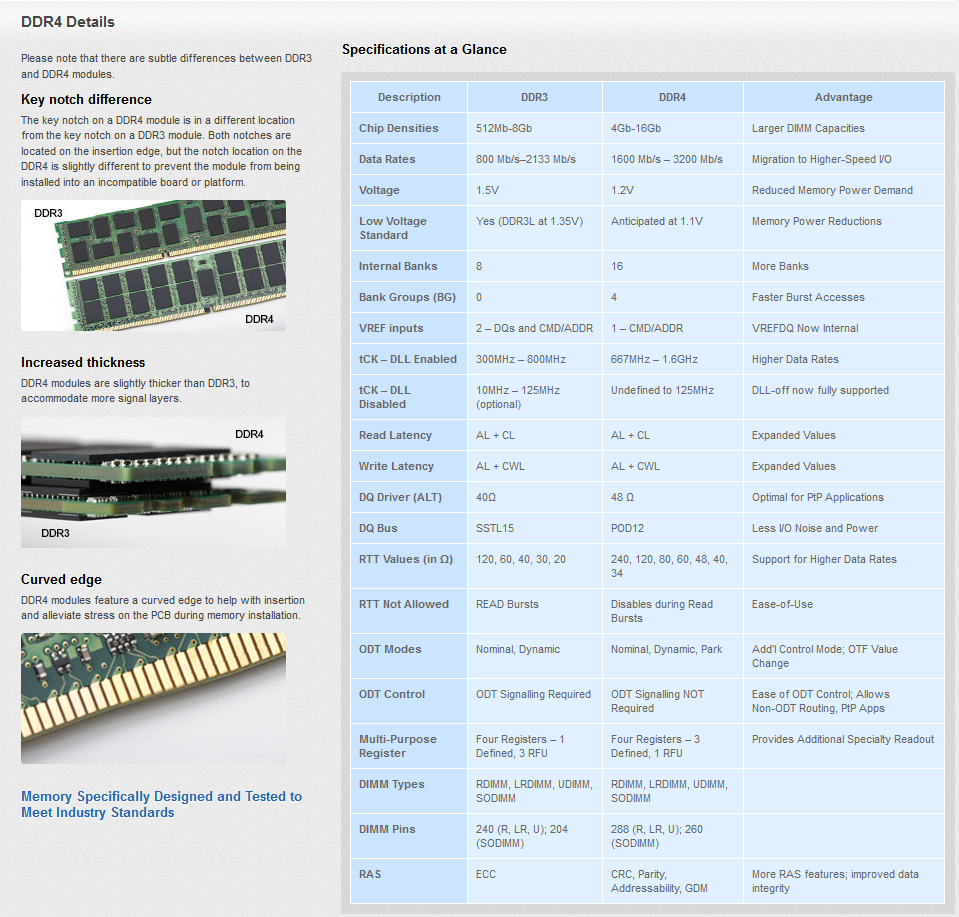 So in short we have a DIMM that’s runs faster..runs cooler and packs more punch. Kind of an win-win situation for consumers..isnt?

Our coverage of DDR4 will begin with a a sample from Kingston .
We would also like to thank Asus India for providing us with a proper test platform.

Even though we covered the kit in our un-boxing here there’s no harm looking through it again.
So here goes.

The kit we have is the first lot out of the factory and as such these kits had the old JEDEC timings programmed in it and as such booted up at 1.5v which is considerably higher for a DDR4 kit. upon further investigation we found that only the sample lot has this problem in SPD programming. The retail kits will be programmed to boot up at 1.5V. SO if you decide to buy this kit don’t be shocked to see the rated voltage.

Also please note the the part number is not correct in the packaging; all retail kits will come with the number HX430C15PB2K4/16.

Now to the kits itself.

The heat spreaders are black in color which looks classy in my opinion.However this heat-sinks are pretty high at about 55mm; while the look very space age type i still don’t get it it why memory makers prefer to have so big heat-sinks. the kits in reality doesn’t produce that much of heat to warrant these heat spreaders also they don’t really fit under heavy tower type cooler which effectively narrows down the target customers/users of these kits. Its good to have options, the sooner the memory manufacturers realize these the better.
Out side the heatspreaders there isn’t much to tell the difference between a DDR3 and DDR4 module except the numbers of contact pins(288 in DDR4 as opposed to 240 in DDR3)

All in all a very good looking set of kits, just a little too high.

Now to the its time to see the numbers.

Firstly i would like to thank Asus India for providing me with a DDR4 test platform to test these kits.

The test setup we used for this review are as follows

For benchmarks we ran a mix of workloads which puts considerable amount of stress on memory.
the benchmarks used are Aida 64 memory suite, Wprime 32M and 1024M. these two benchmarks clearly shows the performance scaling of memory subsystem across the board.

Overclocking the memory was a mixed bag.While the kit itself needs 125Strap on the motherboard to do 3000 MHz. We couldn’t do more than that. We could do 166mhz on the motherboard itself but the ever elusive 3334 MHz barrier remained..elusive.
However, we had fun with the timings.
here’s a list of what we could do with the kit along with cpu-Z validations.

Sadly we lost the screenshots of the scores here due to a storage crash, so no screenhost for this speed but we do have a validation link.
Validation Link : http://valid.canardpc.com/g5zkk6

Now that we have seen the clocking potential of the kit which is somewhat of a mixed bag. Lets see how the performance number stands.

Its pretty early for the era of DDR4, so we should see some changes in the specs of the Kits coming to retail in future.
The HyperX predator kits comes as a pretty fast kit out of the box although it disappoints a little when it comes to bumping the frequency upwards of 3000 Mhz. However that’s not enough to call it as a con for the kit since this is the first kit TechARX received for review and we don’t have enough data from other kits to compare.

EDIT : Kingston has intimated us that the product is available for purchase in Flipkart.
So if anyone wiseh to purchase it;which i think they should since its a very good kit.

All in all a pretty decent kit from Kingston; now only if they could do away with the height of the heat-sinks.