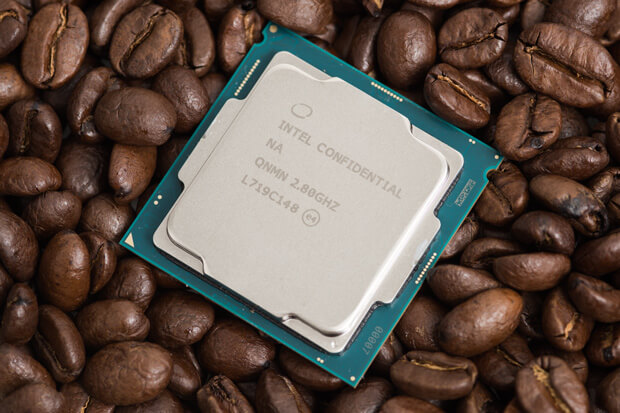 Whenever Intel and AMD make it up with new CPUs there’s always a competition of drawing newer chipsets from their house post release of the chips.This time to hit AMD, Intel has come up with newer chipsets, namely H370, B360, and H310.So here how it goes.

To be honest with you guys, more cores are one of the major ingredients which are essential to keep up with the competitors.We have seen Intel using unlocked Z370 boards with all of their CoffeeLake chips.Where budget builders who want a cup of CoffeeLake have to get a locked CoffeeLake chip to cope with the situation where the motherboard is tremendously expensive.Here where AMD played their game with their newest offerings.They gave budget friendly multiplier unlocked CPUs and cheap motherboards with the performance which attracted many budget users.

To thrive in the competition, today Intel has disclosed cheap budget-friendly chipsets.The H370, B360, and H310.As stated in the block diagram, if they use this PCHs, then it would cut down the platform cost, of course.By forgoing the ability to overclock CPUs or RAM, they claim these chips to be of solid performance.

More unlikely like the Z370, the silicon that supports the new products makes a lot of differentiation.For instance, like the H370 the silicon underlying it calls itself to be the first Intel PCH to offer native, cooked USB 3.1 Gen 2 support.The catch is the board manufacturers never need to support these factors with third-party vendors available in the market.Cutting the cost of course.

Previously motherboard vendors need to pack the wireless solutions and radio-frequency elements into one fitted into the M.2 slot or just leave it for the users to pop in an add-on wifi module.But here using these chipsets, motherboard gains the ability with Intel’s Integrated Connectivity, or CNVi, technology for wireless networking to not jam up the M.2s.CNVi shifts the logical and control functions to the PCH itself.Just they need to add an RF or CRF module and the motherboard is ready to go wireless.

Keeping aside the non-overclockable thingy, there’s nothing much to be of comparison to Z370 from the H370.The only significant difference to be seen is the PCIe lane bifurcation for CrossFire and SLI.