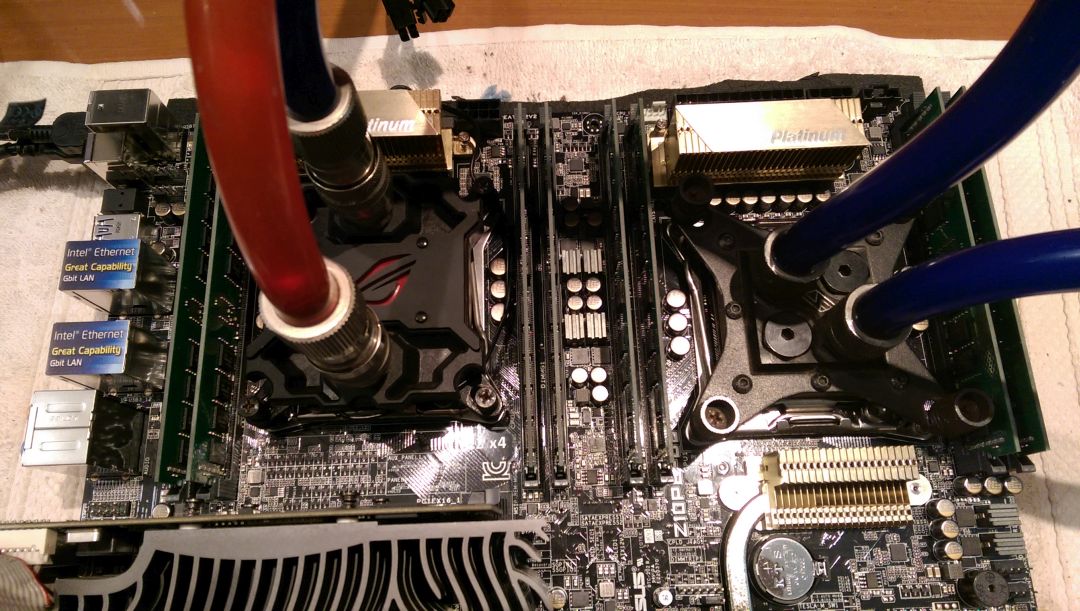 The top tier overclocker’s in India are at work again!
Recently in a seven-hour long session in Mumbai, star overclocker Shatul aka Toolius and the one and only Darklord also known as Amey to his friends managed to get their hands on two Xeon 2699 V4 processors(that’s 22 core/ 44 thread each) and an Asus Z10PE-D8 WS; as expected a few world records were taken that day. 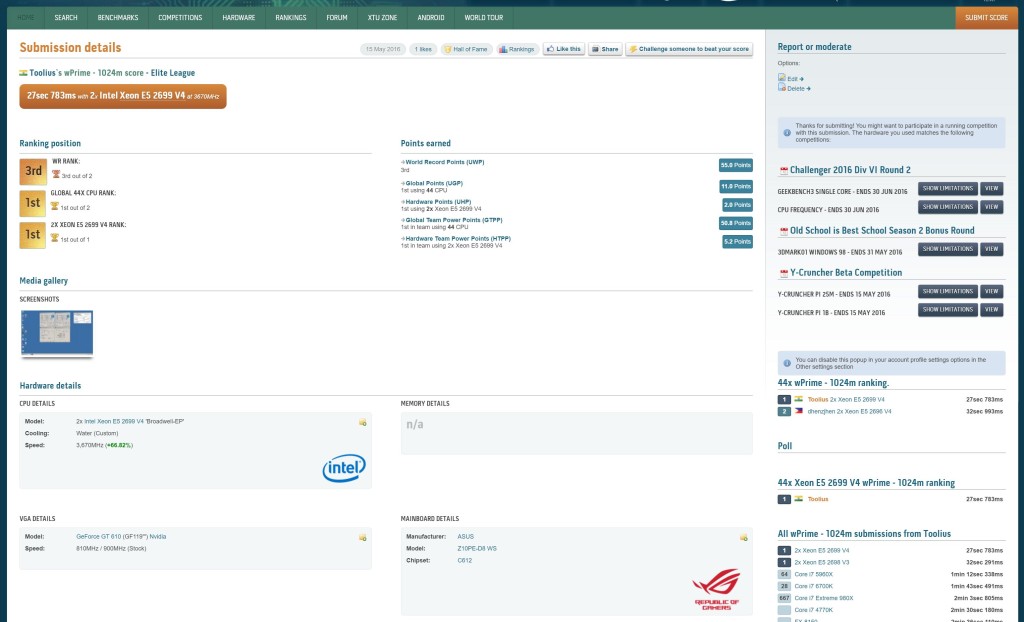 Commenting about the accomplishment, Toolius and Darky were overwhelmed with the setup.

“It is interesting to note that benching on a server board is completely different compared to benching on the legendary ROG motherboards which are designed for overclocking. Since the main objective with server boards is to attain rock solid stability, it was pleasing to see ASUS provide tons of overclocking options for a 2P server board for extracting more performance. It was amazing to see how stable the platform was even at overclocked speeds, clearly indicating how sorted the motherboard is. For a board to have such stability on a launch bios for the new CPUs is truly remarkable.” said Amey aka Darky 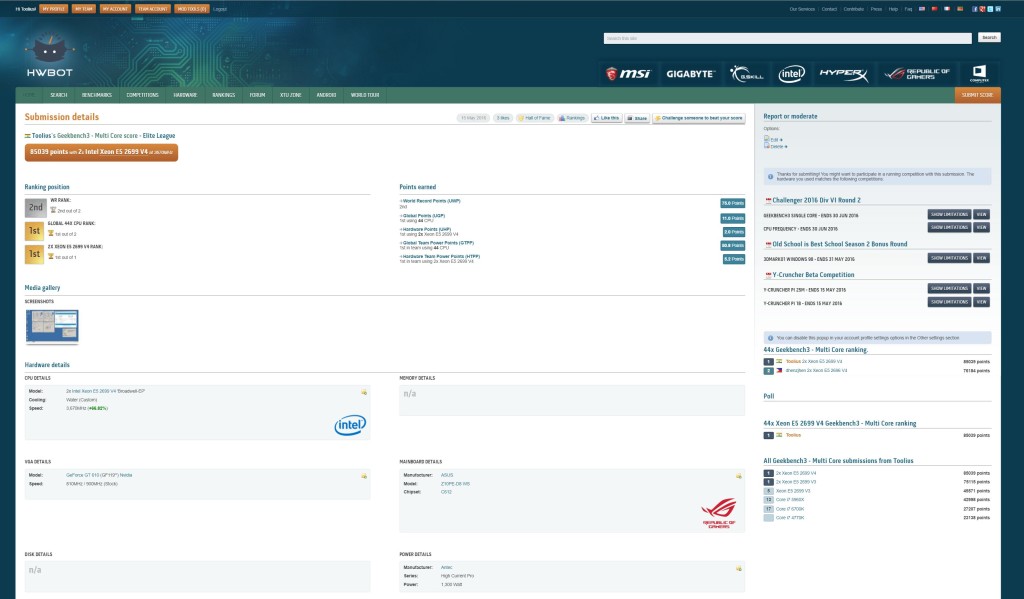 Toolius speaking about the experience said, “While benching for Cinebench R15, after getting the settings right, when we ran for the first time, we actually cracked up after seeing an unbelievably high score. The way in which Cinebench ran, was something you have to see in person to believe.
While running Cinebench R11.5 initial scores were so low that it had us perplexed. However after trying out a few tweaks, the next run resulted in a World No.2 score! As for us, it was a very different experience in terms of overclocking. Since the whole point of overclocking is to see boost in performance, it was mind numbing to see the brute force this platform showcased in terms of performance. 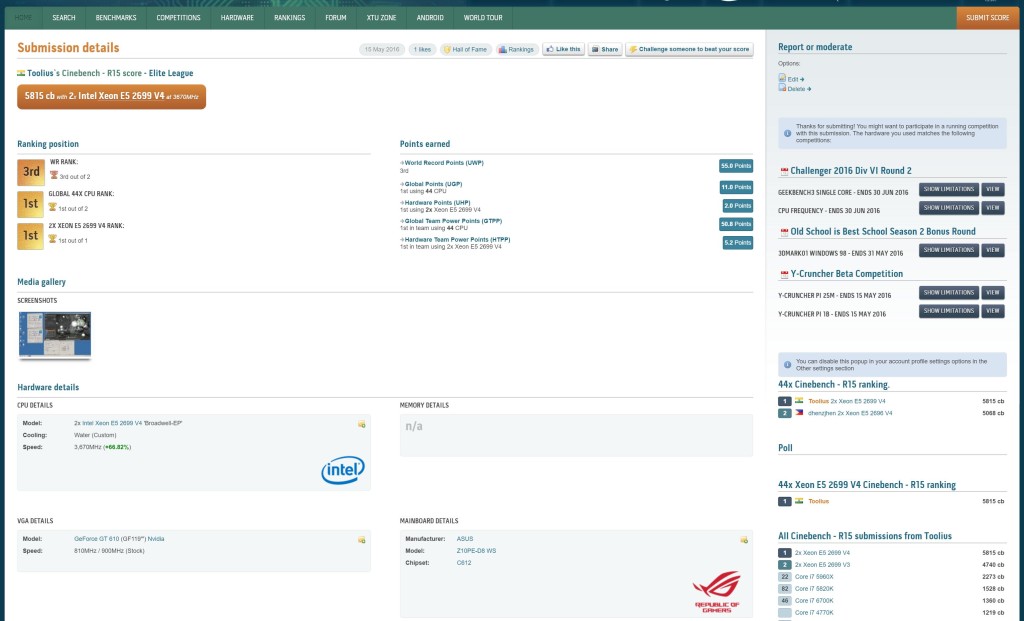 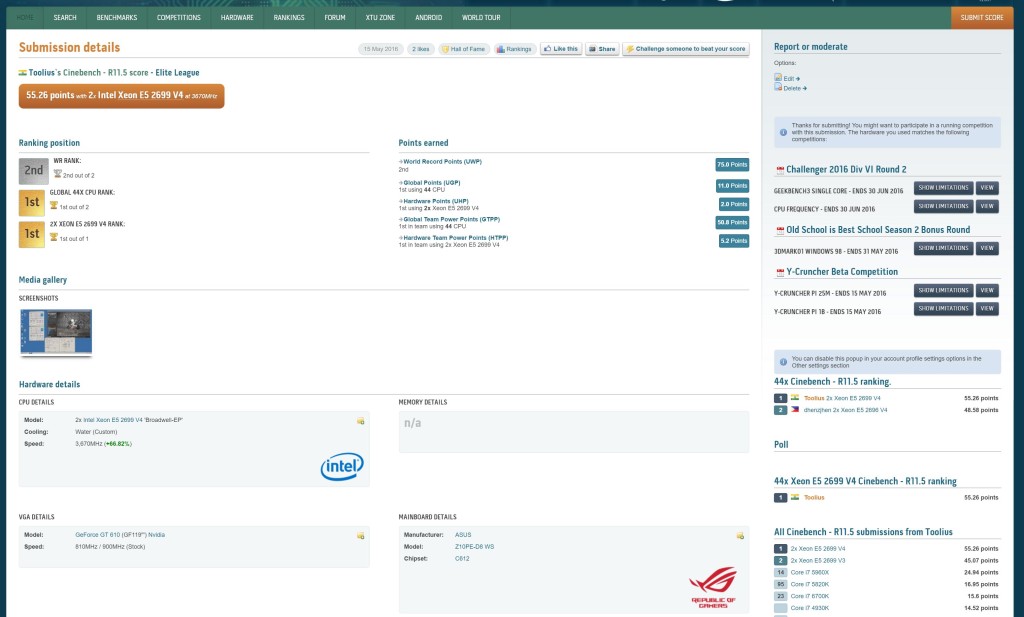 The TechARX and OCINDIA team congratulates Shatul and Amey for their achievements and we eagerly await for a many more records when Broadwell and NVidia pascal cards hits our shores.

here’s a recap of all the records they took home:

We also give a big thanks to Asus India for their efforts and help in improving the Indian overclocking scene and hope that in the coming times they will help all the Indian overclocker’s whoever shows the mettle and skill to perform at the world stage.

Till then keep on overclocking and don’t be afraid to push it over the limit!