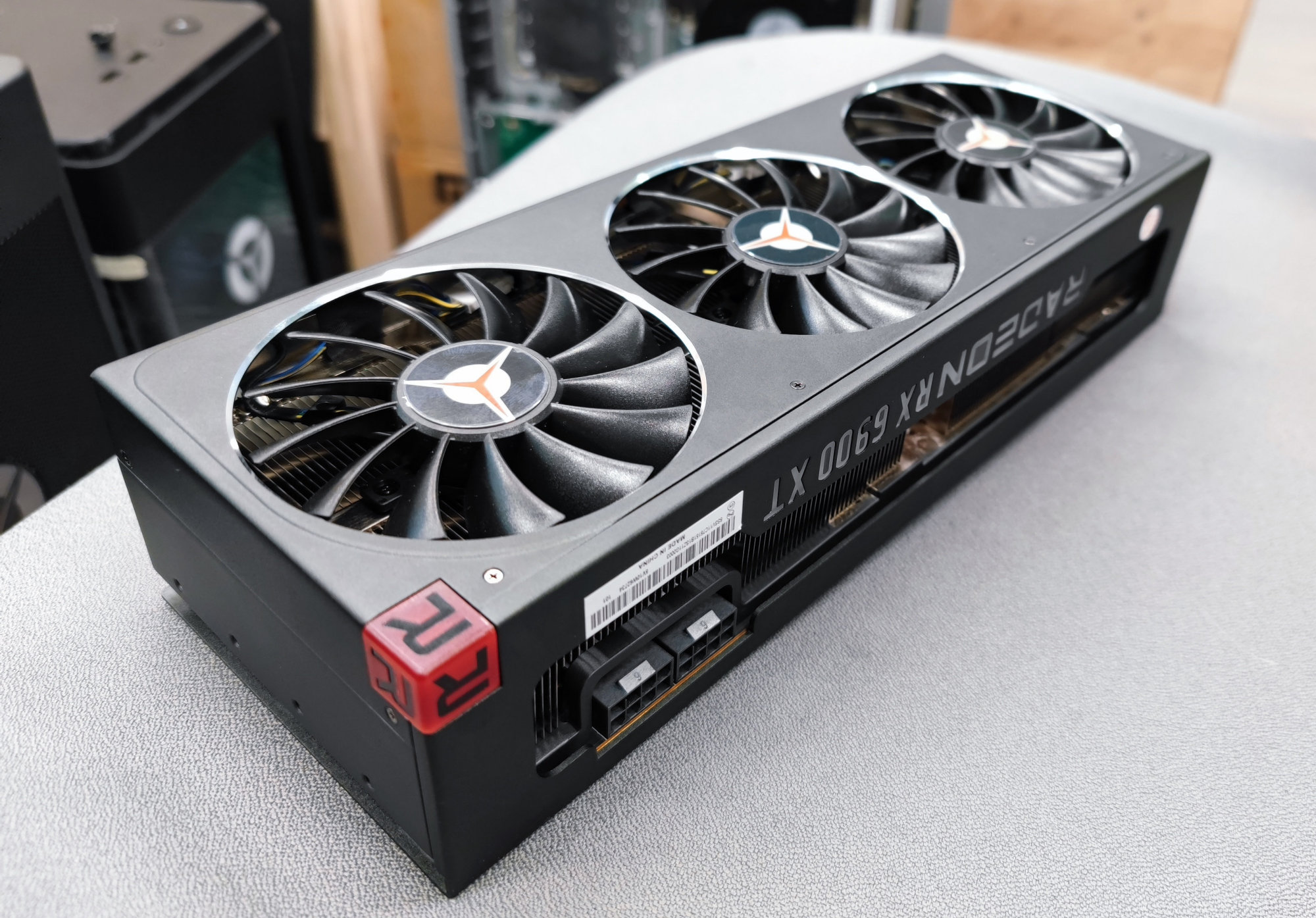 Lenovo is making a custom RX 6900 XT GPU for its upcoming Legion series gaming desktop PCs. Finally, we got some photos of the real product.

We heard previously that Lenovo was going to release custom Legion Gaming GPUs, the RX 6900XT and 6800 XT. Sadly the new Lenevo GPUs will be available only with their upcoming Legion branded pre-built PCs and won’t be sold separately. The design is inspired by the AMD Radeon VII and it really takes that design to another level, we hope to see such designs in other AMD custom cards in the future. New detailed photographs of the custom AMD RDNA2 based graphics card were published by WolStame, who is the Gaming Desktop Product Planning Manager of Lenovo.

The “R” lettering on the card and model name on the side of this GPU will be RGB illuminated. The rest of the GPU has an amazing smooth matte black finish. There is a glossy Legion logo on the backplate, it’s not RGB backlit.

Both of Lenevos custom GPUs are larger than their reference variant and occupy a full 3-slot space. Unlike some other custom models of the AMD 6900XT GPU, these Legion GPUs are power by dual 8-pin power connectors. This hints that despite having a large cooling solution the GPU is not factory-overclocked, although it has not been confirmed yet.

This new design will be used Lenovo’s upcoming Legion series Radeon RX 6800 XT and RX 6900 XT GPUs. These cards may be exclusive to the Lenovo Savior Blade 7000P 2021 pre-built gaming desktops. The Radeon 6000 series GPUs with the Ryzen 5000 series processors will allow the system to take advantage of Smart Access Memory for increased performance.

So far there is no information available on when we will see these GPUs in the market. It’s also unknown whether Lenovo themselves are going to manufacture the Legion Edition GPUs or have this task been given to a third party. Overall it seems these graphic cards are still being tested and not ready to hit the markets yet.