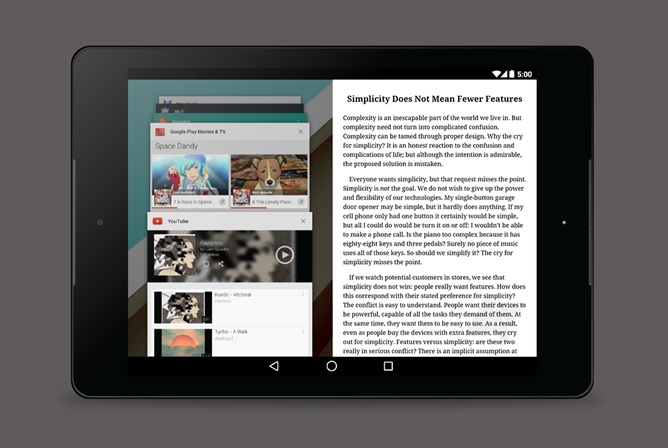 Smartphones keep getting bigger, and at a certain point the fullscreen app view we’ve come to accept will stop making sense. Samsung already has its own multi-window solution, while Apple introduced tweaks to iOS 8 for the iPhone 6 Plus, but it looks like Google could take things a step further with its own take on mobile multi-tasking.

A new report from Android Police offers a detailed look at some of Google’s plans for a new multi-window Android update, though the site notes that there’s no guarantee we’ll see any of these features launch any time soon. We’re getting a sneak peek here at something Google’s been working on since late 2013, and the pictures are all mockups based on a few source images that couldn’t be shared. 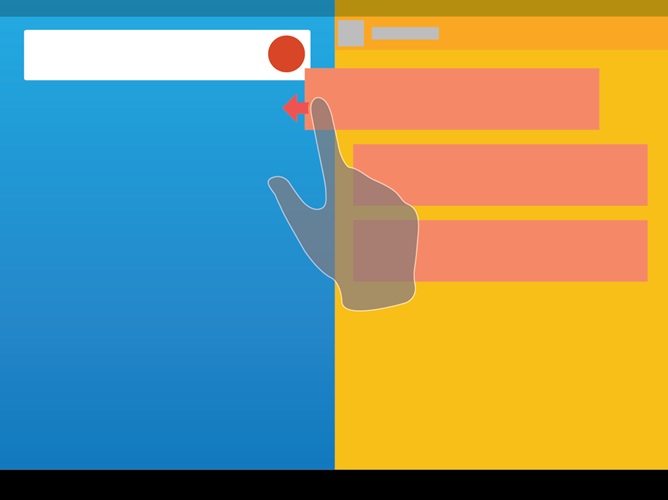 Google’s take on multi-window view is pretty similar to what we’ve already seen from Samsung and even Microsoft with Windows 8. Basically, the screen can split in half to show two apps side-by-side, and you get some control over how much space each app takes up. 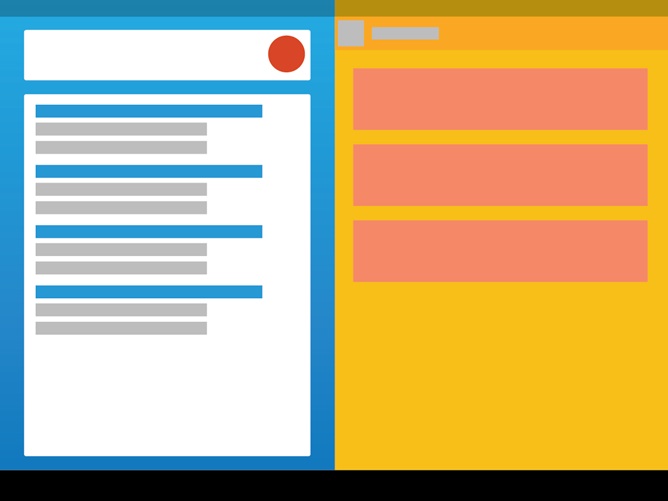 There are a few differences though. You’ll be able to view the homescreen or your recently used apps on one side of the screen. You’ll also still have access to the “Ok Google” hotword to automatically launch voice controls. You can even drag text or images across the screen between apps with a simple swipe. 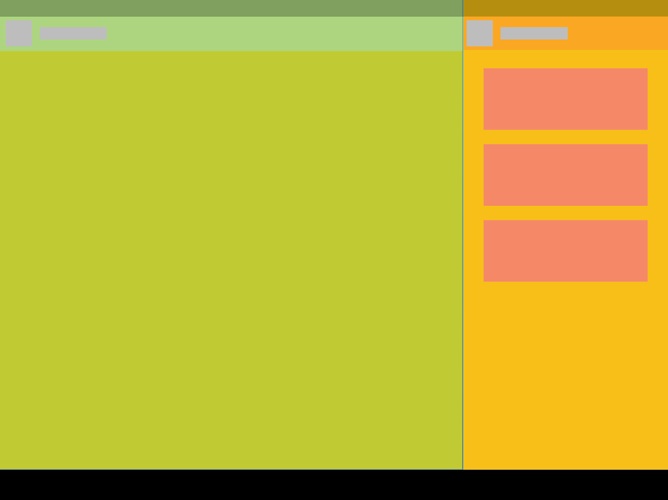 Android multi-window would work for both tablet and smartphones, though like we said there’s no guarantee it will launch with Android L or anytime soon after that. Still, with Google’s super-sized Nexus 6 and a 9-inch nexus tablet expected to launch later this month it might be time to bring side-by-side multitasking to stock Android sooner rather than later.