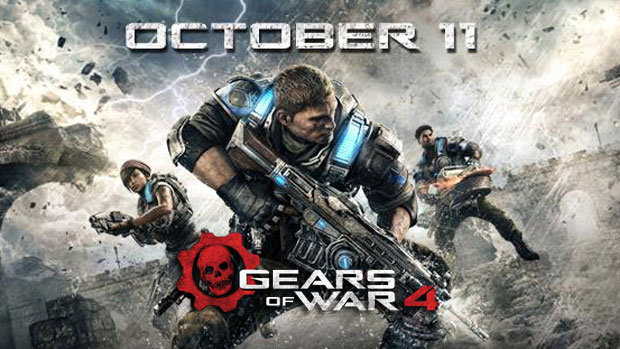 The much talked about blockbuster i.e Gears of War 4 was recently confirmed for the PC with Microsoft’s XBox Play Anywhere feature. The title will be rolling out for both PC and Xbox One as an exclusive on the same day with cross play enabled between both the platforms. This is truly a time for the PC Gamers to rejoice because long had they been deprived of the pleasure and euphoria of the Gears of War franchise. Yes, Gears of War Ultimate Edition was launched on PC but all of us are well acquainted with the fact that it was a disaster in the true sense of the word ; but improvements are bound to emerge as GOW 4 will be running on the newer Unreal Engine 4 unlike GOW Ultimate Edition which ran on an older version of the Unreal Engine.

On the Xbox we’re running at 30hz, 1080p for the campaign, 60hz, 1080p for multiplayer. On Windows 10, PC gamers will run as fast as your hardware will support. So you can lock it to your Vsync or your monitor refresh rate, or you can run it fully unlocked, you know, 120 frames or whatever your system can support.

Because of the way the engine works, at the core it supports a variable time stamp. The way that the network updates happen between co-op [or] two players, we can have the PC game running at the higher frame rate against the Xbox One at a fixed frame rate. And everything works.

While on the console, the game will be running at 30 Hz for the Campaign and 60 Hz for the multiplayer, Michael Rayner did confirm during the XBox E3 briefing that PC users will be allowed to run the game at 120 Hz or higher depending on the frame rates their systems can push.