After years of being dormant, AMD is finally back at the CPU game with their up and coming, new, range of FX series processors that are due for release sometime in the last quarter of 2016 through to the first quarter of 2017. The flagship chip has been codenamed, Naples.

Fudzilla has come up with some interesting and compelling news about the new Zen architecture based CPUs. According to information revealed by Fudzilla, the up and coming flagship processor based on the Zen architecture is going to have 32 cores and a mind-boggling 64MB of (shared) L3 cache.

This will be manufactured at GlobalFoundary on a 14nm FinFET chip, supporting x86 instructions. The Naples chip will have eight independent memory channels, up to 128 lanes of PCIe ( Gen 3 ). Support for NVMO memory and drives and also support for up to 32 SATA or NVME drives. Each individual core will have its own dedicated 512kb cache and the processor will have up to a total of 64MB L3 cache. Naples will support 16x10GbE and will come with an integrated network controller. Uses a SP3 LGA server socket.

Coming to the important aspect of power consumption. Something, in which AMD has been behind Intel for a long time now. Zen based CPUs will consume far less power than their predecessors, starting from the range of 35 Watts, with the higher-end and most powerful variants consuming up to a maximum of 180 Watts.

There will be several variants ranging dual cores, all way up to the flagship Naples which will have 32 cores and a 64 threaded Server version releasing in early 2017.

“Lisa Su, AMD’s CEO  told Fudzilla that the desktop version will come first, followed by server, notebook and finally embedded. If that 40 percent IPC happens to be across more than just a single task, AMD has a chance of giving Intel a run for its money. ” – as found on Fudzilla. 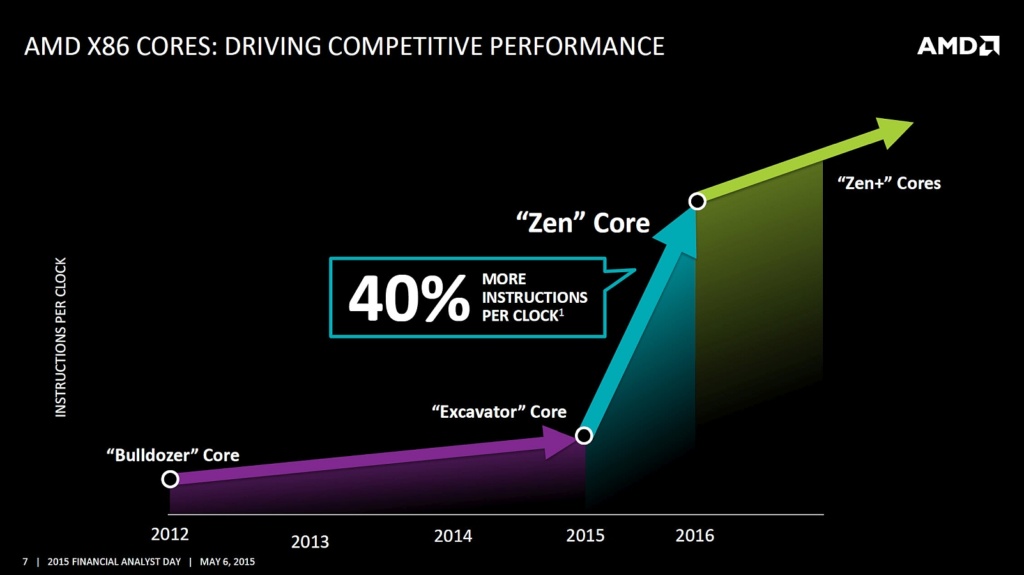