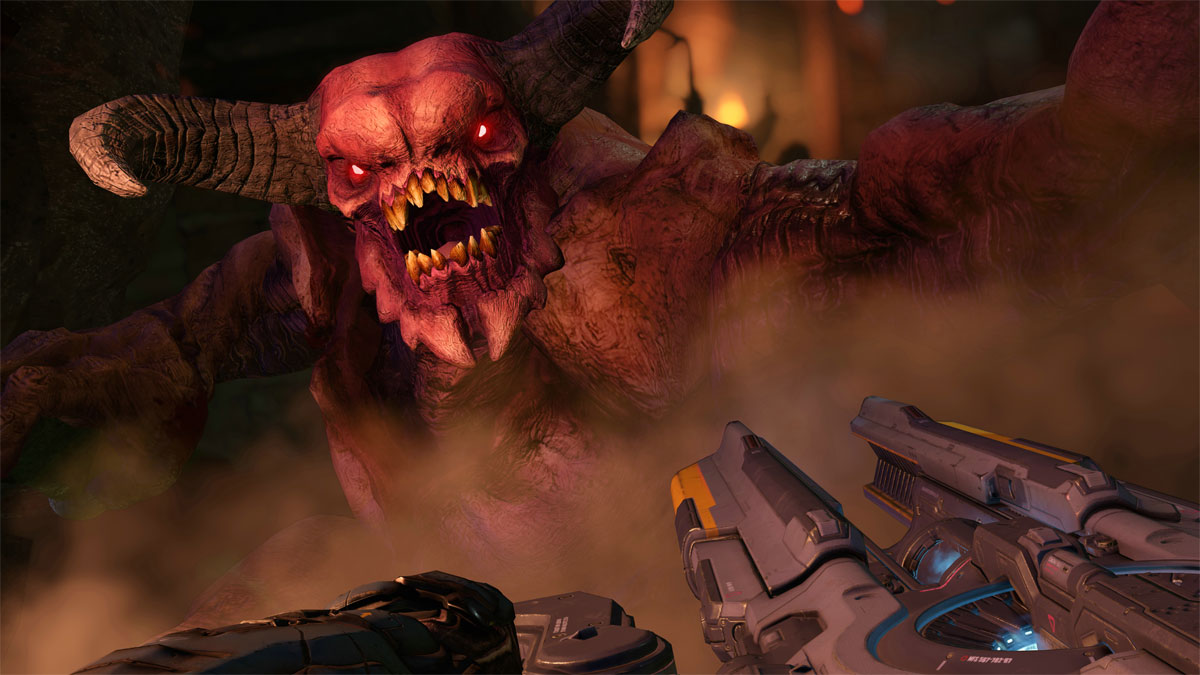 Id Software’s reboot of the classic shooter game DOOM released a few months ago with a sudden success. Despite being mainly single player game, it was said the game will receive multiplayer DLCs in future. Earlier this month, Vulkan Support was added to DOOM with no extra charges by id Software. But the team is hardly finished with supporting this year’s surprise hit shooter. Doom second update will arrive next week on all platforms and it includes some brand new features.

The new DOOM update will introduce two new multiplayer modes named Exodus and Sector. Alongside these new modes, the update will include new capabilites for SnapMap and more.

This week on July 29, we look forward to releasing Free Update 2, which includes two new multiplayer game modes. Exodus is a one-flag capture-the-flag mode with an added twist of constantly moving bases and flags. Sector is an objective-based capture-and-hold mode where players compete to take control of zones and then hold them to score points. Both modes can be played on any existing or future maps. This update also adds some tremendous tools and fun new capabilities for SnapMap fans, including: customizable weapon wheel functionality – so players can carry and select multiple weapons, just like the campaign; jump pads with logic to set distance, speed and direction; 30 brand-new Hell-themed modules; an expanded weapon list; a new playable demon – the Mancubus – as well as a laundry list of improvements to the Community HUB, editor and logic capabilities. Check back here early next week for a detailed list of additions and changes. These new modes and all of the SnapMap content and updates are free to all players.

This isn’t the only news on DOOM. It’s also confirmed that the game’s first multiplayer DLC called Unto the Evil, will be released next week. It will include new multiplayer maps, a new playable demon named The Harvester and a new weapon and more.