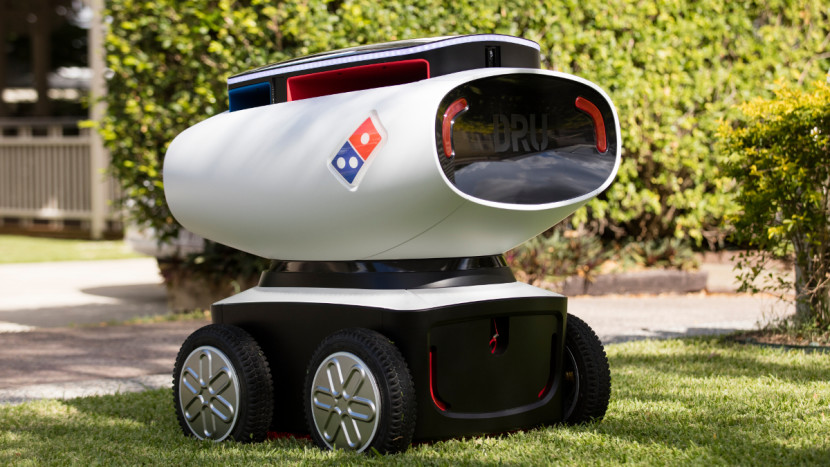 When technology is becoming advance day by day , Pizza company like Dominos is also advancing themselves  with latest tech . One Would think that Domino’s would focus more on their pizza production but instead they focused on  delivery system of the organization  . SO they have invented a Special robot to deliver Pizza’s to their customer. Sounds Cool right ?.

The new robot known as DRU (Domino’s Robotic Unit) can travel at about 12 mph.It uses LIDAR, the same technology utilized by self-driving cars, to identify the surrounding environment and has built-in GPS tracking technology that syncs with Google Maps.

It weighs approximately 190kg and has a maximum height of 1185mm (922mm with the compartment closed.) The body is constructed of ABS and urethane plastics, the lenses are made using PMMA (acrylic) plastics and the internal chassis is finished using aluminium and mild steel. It is water tight and weather proof. 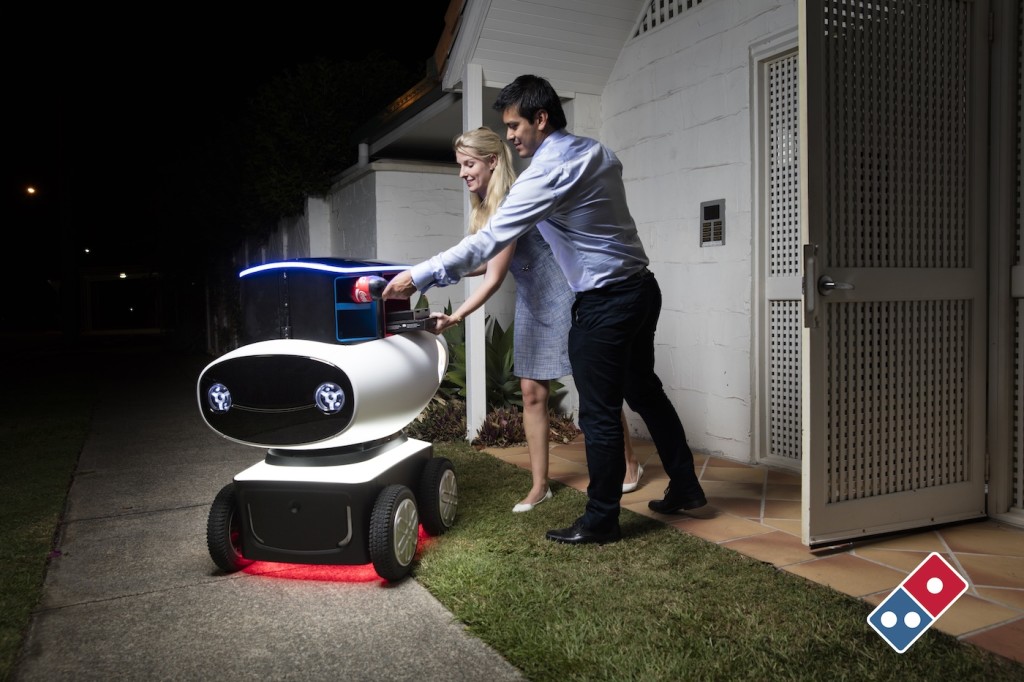 The pizza remains safe and is only unlocked by a special mobile code sent to the recipient of the order. DRU’s insulated storage has both Hot  and cold compartments.

DRU is being initially tested in Australia. Dominos’s says  it’s working with “global partners” to ensure the delivery droid meets the necessary requirements to be tested on roads and footpaths. Vehicles will start appearing in stores within the next six months, but it could take up to two years for pizza delivery shuttles to become a regular sight on the streets of Queensland.