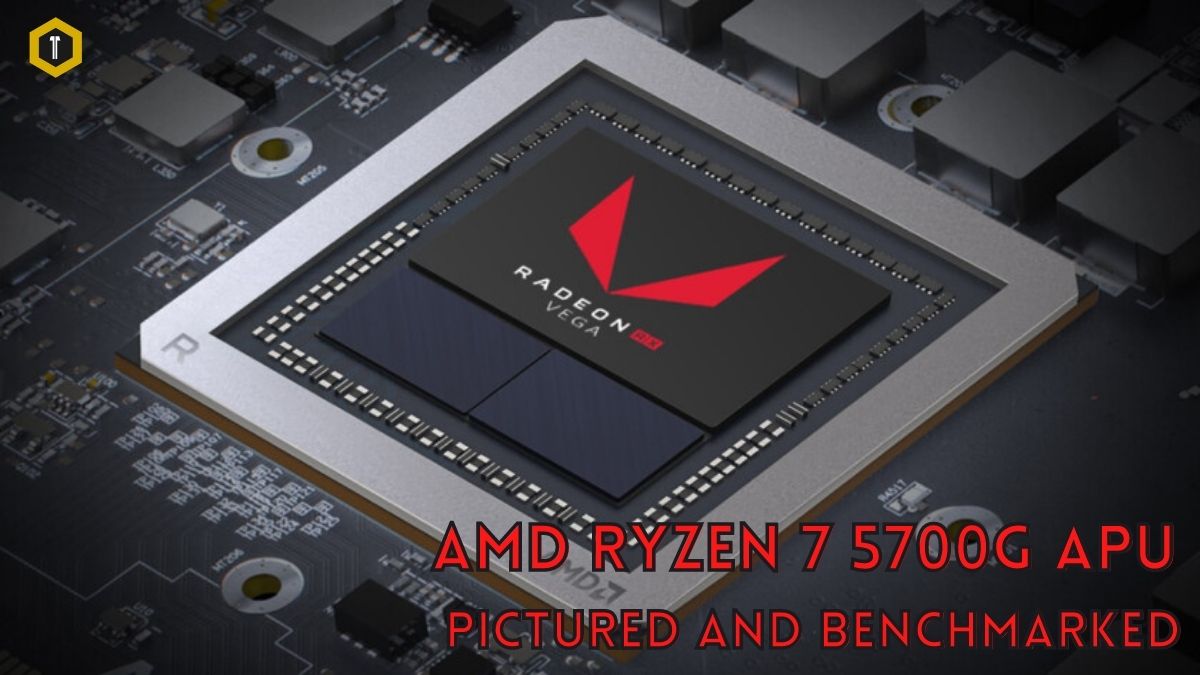 The upcoming AMD Ryzen 7 5700G APU was spotted and benchmarked by Chiphell, an 8-core CPU with Radeon Vega integrated graphics. Last week an engineering sample of the 5700G was also benchmarked by Videocardz.

The AMD Ryzen 7 5700G utilizes AMD’s Cezanne silicon, AMD’s higher-end desktop processors have not featured integrated graphics solutions in the past, the Ryzen 5000 CPU lineup has mostly mid-range to higher-end offers with an APU coming up in the higher end as well. Previous Ryzen 3000 still remains a choice for budget PC builders to look upon.

In the test of Videocardz, the retail variant gave out a better result than the engineering samples in CPU-Z, from 613 points, it has gone to 631 points. The multicore performance has improved by about 7%. The Ryzen 7 5700G has managed to reach overclocks of 4.65GHz on all cores, with a fixed voltage of 1.365V. Max temperature during a 15 minutes AIDA64 stress test was around 75°C. At 4.65GHz, AMD’s Ryzen 7 5700G gets a multi-threaded score of 6040 points in Cinebench R20.

Chiphell user Ivanonline confirmed that the processor supported PCIe 4.0 connectivity on AMD’s 500 series of AM4 motherboards when testing the processor.

AMD doesn’t have any public events on the schedule for a while, there seem to be no signs of the launch of the Ryzen 5000G. The previous Ryzen 4000G series were limited to OEMs only. So it’s difficult to confirm if the Ryzen 7 5700G will be introduced to the DIY desktop market or will be exclusive to OEMs.