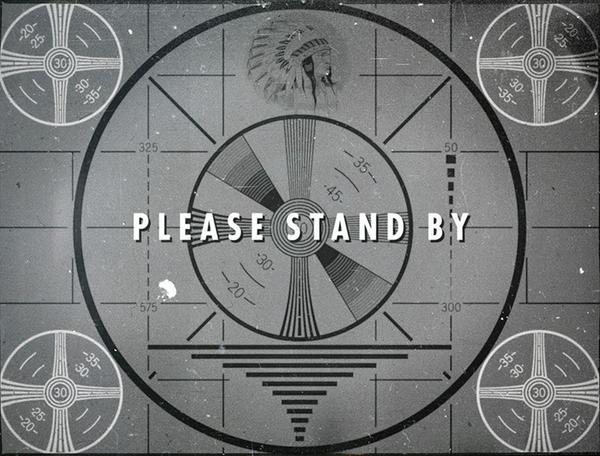 Bethesda Softworks has launched a website  with a countdown timer ( 21 Hours left as of writing this article ) , that suggests that the long awaited next entry to the critically acclaimed Fallout series might finally be officially announced tomorrow .

The website currently shows a countdown to 3pm BST on 3 June as well as some information about Bethesda and an Pegi 18 rating .The countdown timer also has a PLEASE STAND BY screen much like the loading screens we see in the Fallout titles .

The Fallout franchise was bought by Bethesda who developed and released Fallout 3 in October 2008 and published Fallout: New Vegas in October 2010.

The web page’s source code reveals the domain Fallout4.com, confirming what many are assuming ahead of whatever awaits when the countdown reaches zero.

In May an animator let slip that Bethesda had hired Mirada Studios(Guillermo del Toro’s own studio) , to create a CGI trailer for Fallout 4 , earlier the voice behind Three Dog , Erik Todd Dellums had tweeted that he had something to do with a future Fallout title .

Numerous reports and leaks over the years suggest that the game is set in the US city of Boston . It seems we’ll know for sure soon enough.