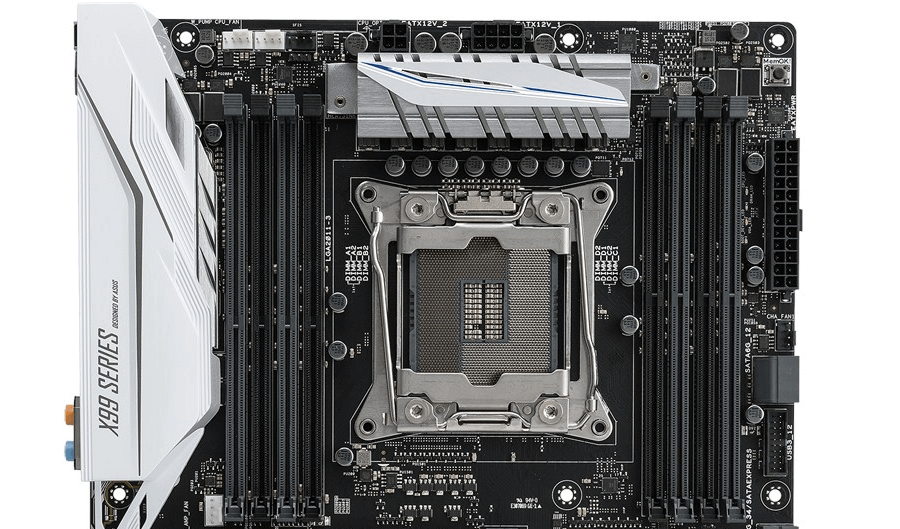 Ever since its release back on August 29, 2014, the Haswell-E microarchitecture has maintained it’s place among the top. And to keep up with the processor development, ASUS has bolstered their X-99 chipset arsenal considerably to keep with the demand of the enthusiast crowd. Today we take a look at their newest iteration of the tried and tested (and previously reviewed) X-99 A, the X-99-A II.

The X99-A II motherboard does not shy away from its lineage. It still maintains it’s Black and White color scheme but the new onboard RGB lighting mechanic adds a new layer of bling to it. The motherboard features the same matte black color while the heatsinks feature a shiny silver color profile all the while maintaining that same glossy white cover with blue streaks across. The only change distinguishable from the older generation X99-A is that the A II has more streamlined and smoother finish on the heatsink and motherboard covers. 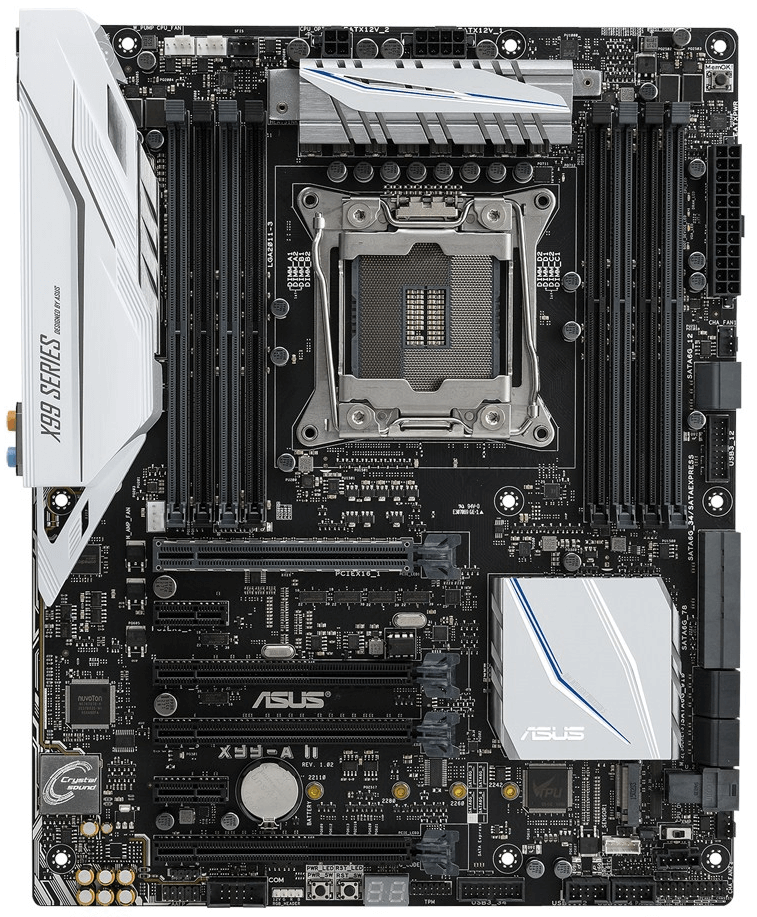 The motherboard in itself is brimming with features and buttons and headers and it’s not rare to feel claustrophobic. The CPU socket area is one of the most congested parts of the motherboard.

The motherboard features 8 DIMM slots with 4 slots placed on each side of the socket. But unlike its predecessor, it enables up to 128GB of DDR4 DRAM in a quad channel configuration. The MemOk! button, an ASUS exclusive feature, starts a memory compatibility check in case of a memory issue during a boot sequence. Also we can see the 8+4 pin power plugs.

When it comes to expansions, ASUS X99-A II features five mechanical PCI-E x16 slots and one PCI-E x1 slot. The motherboard is more than capable of running dual GPU setups in x16/x16 configuration and in the case of 3-way-SLI or 3-way-CrossFireX, it is capable of running the first 2 cards in full transfer rates but the third one runs at x8. Apart from running a 3-way multi-GPU setup, it can also run 2 more expansion cards in x8/x8/x8/x8/x8 without any problem. And with 40 PCI-E 3.0 lanes, one shouldn’t expect anything less from this one. But ASUS thought to push their engineers a little bit more and installed RGB PCI-E slot clips which glow almost any color and with a variety of patterns which adds to the already glorious aesthetics. 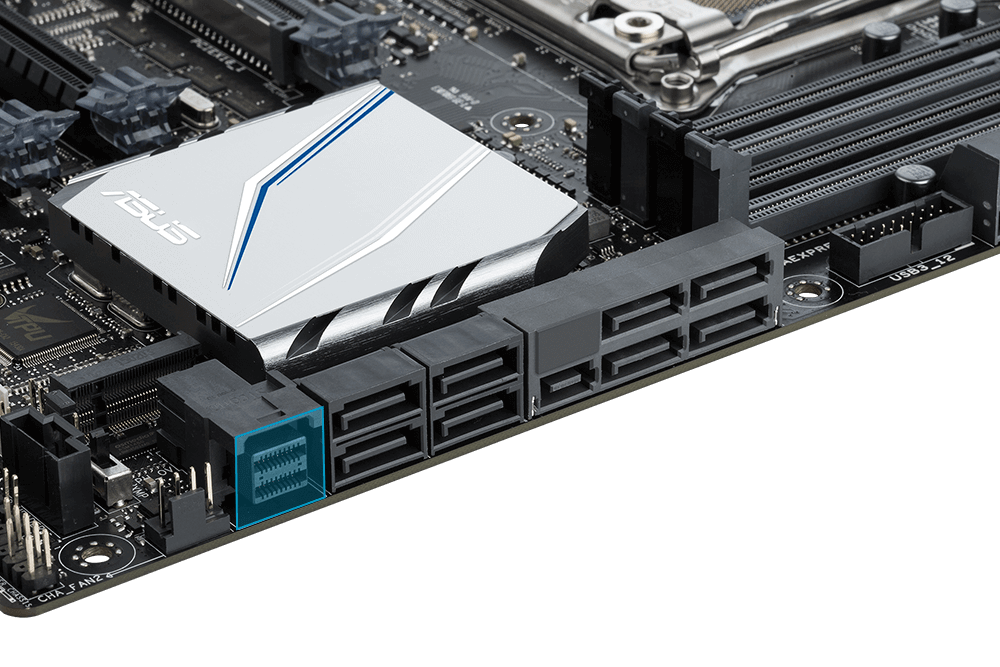 ASUS didn’t cut any corners with their storage section. Armed with 10 6Gbps SATA ports, the X99-A II offers impressive RAID capabilities with U.2 and M.2 ports offering multiple choices between faster storage options. USB 3.0 and the brand new 3.1 ports occupy the rear port cluster. But the one neat feature that stands out is the USB BIOS Flashback. If you want to install a new processor and want it to be up and running flawlessly, just turn off your system, plug in USB storage device with the desired firmware, press the button for a few seconds and the board will take care of the firmware by itself. Long gone are the days when you needed to install the processor for the firmware to update itself.

Coming to the backport we have

As usual, ASUS provides modest amount of accesories with their products and as such, the X99-A II is no different. Here’s the content we received with our review sample.

The test system used for this review was as follows –

We ran the X99-A II through our usual benchmark routine. However, it was a bit optimized to make it a bit smaller.

First up is the Industry favorite Aida 64 Benchmark Suite. we used the a part of the CPU suite and the FPU suite. 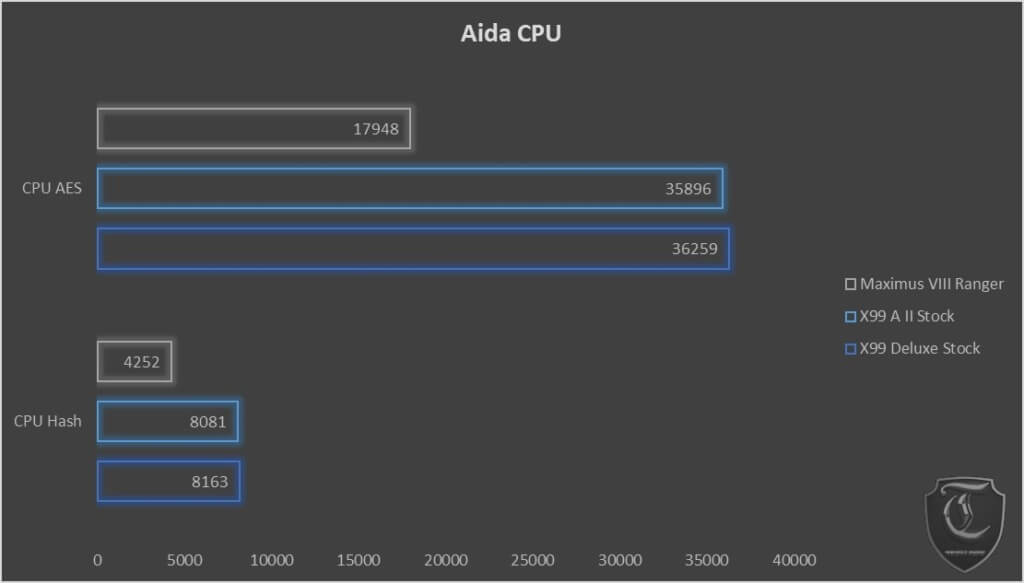 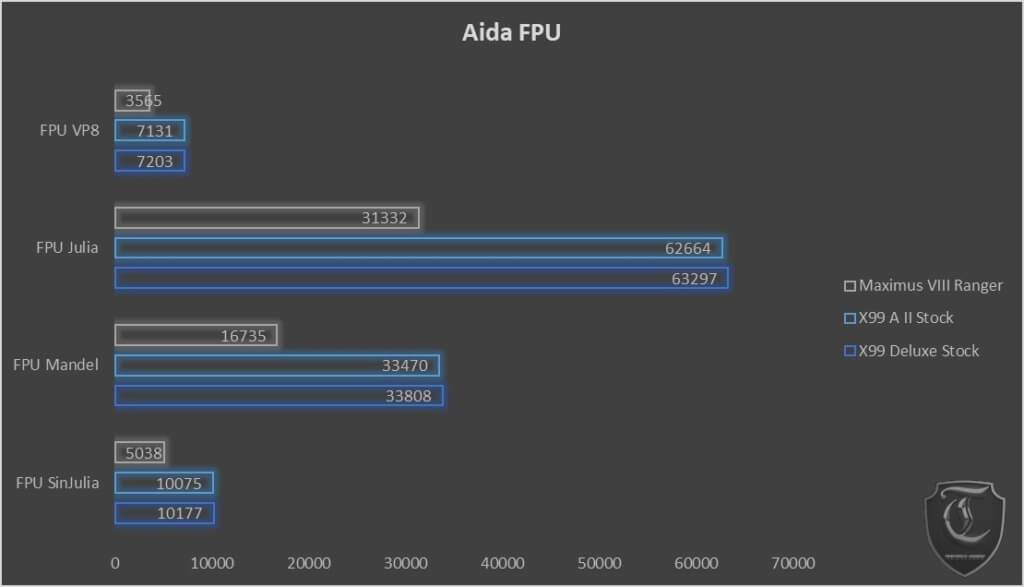 CINEBENCH is a real-world cross platform test suite that evaluates your computer’s performance capabilities. CINEBENCH is based on MAXON’s award-winning animation software CINEMA 4D. Cinebench 15 is the latest iteration. 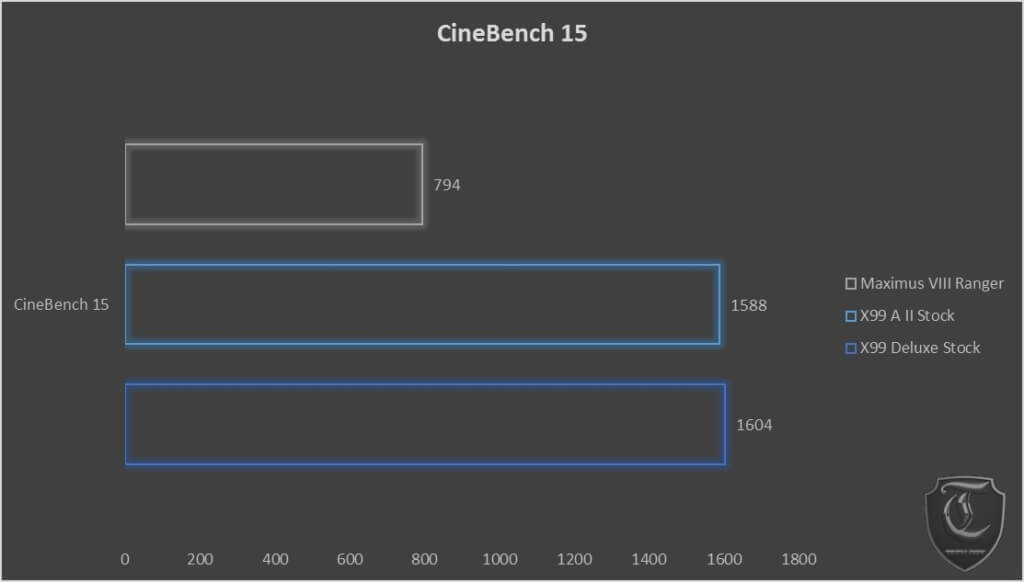 This benchmark is extremely dependent on the stability of cpu and memory subsystem. Lower score is considered better. 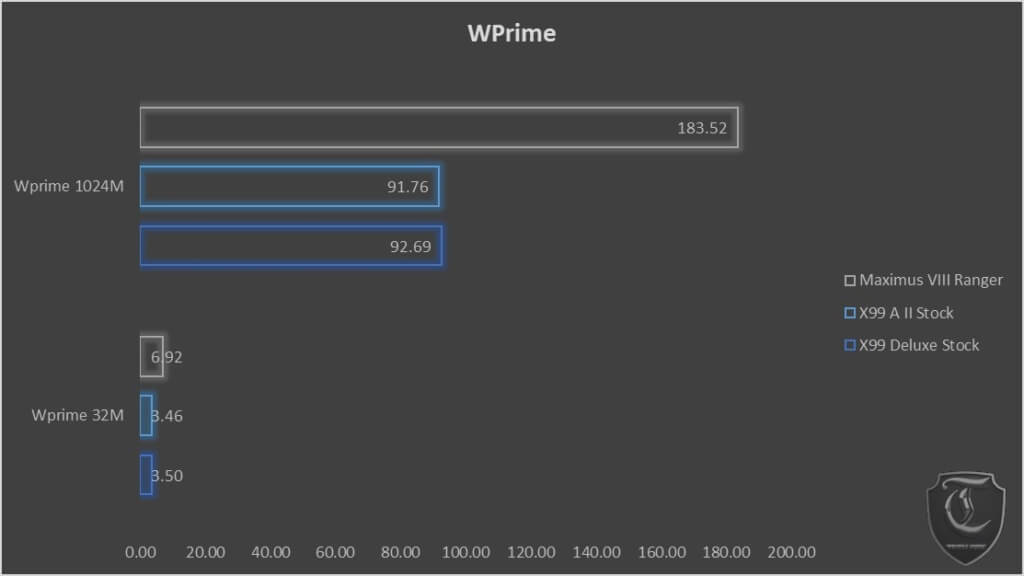 This benchmark encodes a full HD (1080p) video into a high-quality x264 video. This is especially CPU intensive and prefers more cores. 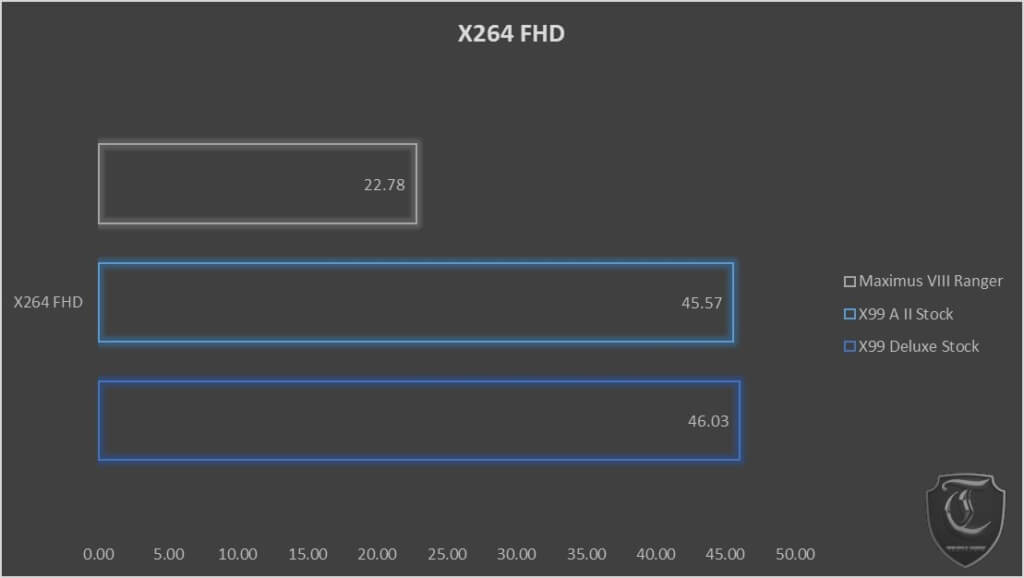 All in all the X99-A II manages a respectable position across the board. This is going to be our main go to board in entry level workstation building form now on.

The engineers at ASUS are always hard at work to bring their consumers something worth their time and their money. And with each passing generation of processor and technology, the enthusiast crowd is looking towards something more. The X99 A-II is definitely a step up from their first generation LGA2011-v3 motherboards, providing consumers with a plethora of tweakable and useful feature, all the while adding some aesthetic improvements. And with the addition of a few important features like the Asus Safeslot and onboard RGB header(among others), this motherboard isn’t your normal rebranding. It’s almost a new start for the veterans and the newcomers of the enthusiast brigade. While the X99 is going to pinch your wallet, buying this one is well worth it.