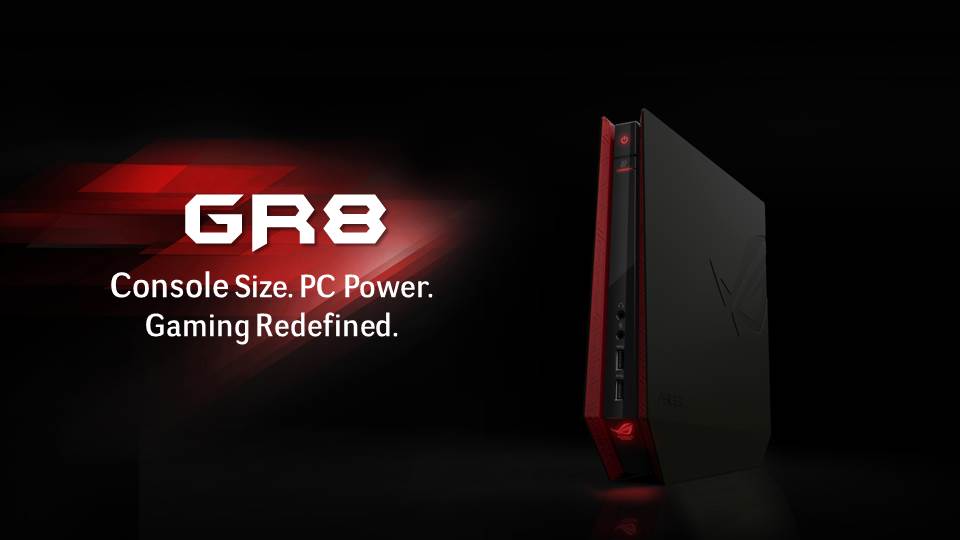 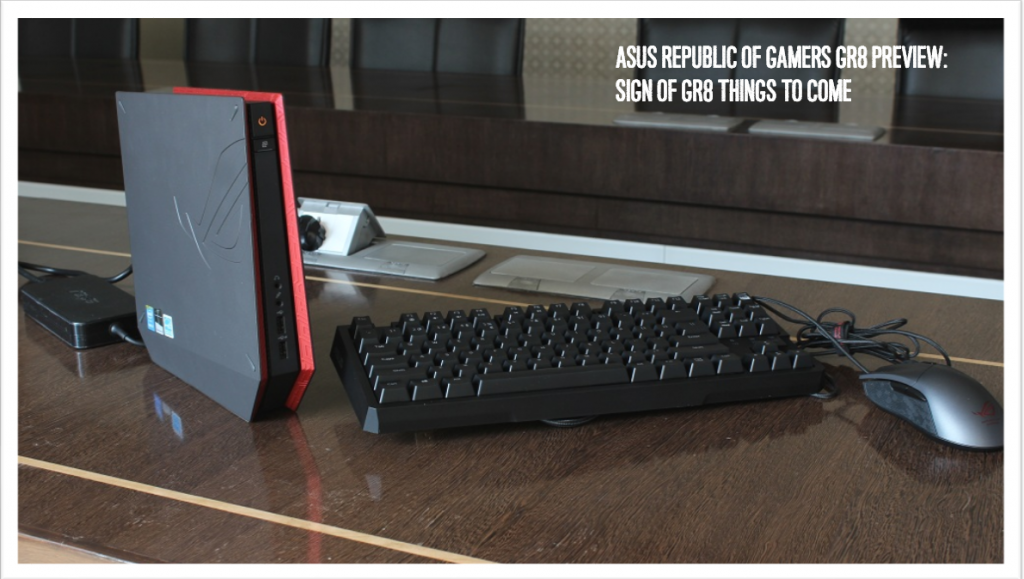 In 2014, Valve announced their Steam Machine venture, an effort to introduce processing power of modern computers into the form factor of a console and then shipping them with a Linux based operating system called the SteamOS. Many Steam Boxes have been envisioned and perfected since then and today we took a look at the ROG GR8. Releasing a SteamBox with a standardized pricing and a common OS would have ramifications that could very well have ramifications stretching upto the very top of the console mound. One of the few issues that these SteamBoxes are sure to run into is the fine balance between performance and price. We realize the companies, in the end, are looking for a favorable bottom line and a profit margin and as such we can’t expect them to undervalue the product they are releasing. However, if these Steam Machines don’t retail for the right price they could very well end up a niche product much like the Ouya or the nVidia Shield project. 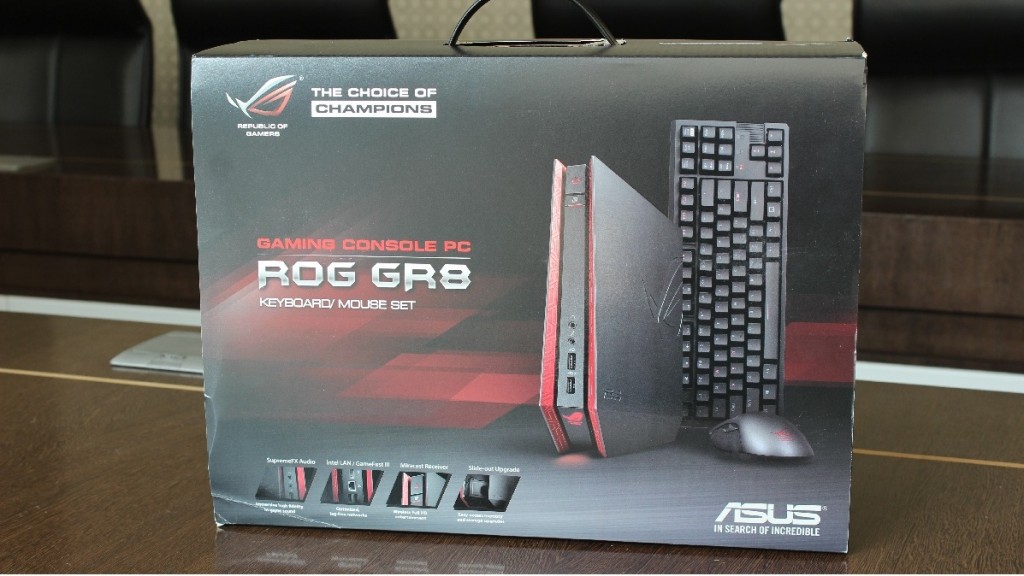 The GR8 comes packed in a gigantic box with a sheath over it that has all the necessary marketing fluffs. Sliding out the box from the sheath and opening it up provides the first look at Asus’ Steam Box. The GR8 is tiny measuring in at 6x24.5x23.8cm and weighing in at 1.284Kg.

Design wise this is a very solid looking piece of hardware. The time honored tradition of Red and Black as with any hardware with the Republic of Gamers branding is continued here with Aztec style indentations on the Red area of the side panels. The Eye of ROG is emblazoned on the side. Incidentally, apart from serving an aesthetic purpose also denotes the side panel that can be removed to get access to the HDD and RAM. Both of which are upgrade-able by the way.

The connection options available in the back panel on the GR8 are numerous:

The back also has a Kensington Lock that allows you to secure your Box from unwanted attention especially if you are taking it to a LAN party. The DC in connects to a Power Brick, included with the GR8.

Now comes the meat of the matter: The specifications. The problem with SFF PC’s are the space restrictions in regards to GPU’s as anything the size of a GTX780Ti will simply not fit. Another issue is if a specially manufactured PCB (Asus’ own GTX970 Mini-ITX comes to mind) does somehow fit, powering the beast itself is a hassle as Flex-ATX PSU’s seldom carry that high a wattage. As with the limitation imposed on Flex ATX PSU’s the maximum wattage possible is 270W and as such the GPU and the remaining components must be chosen accordingly.

Some of the specifications missing are the make and model of the motherboard. Due to the lack of network connectivity we couldn’t install the necessary software to check. However this shall be remedied in the review coming soon.

However the GR8 isn’t the only thing in the box as included with the GR8 are two gaming peripherals: an as of yet unnamed Mechanical keyboard and the Republic of Gamers Gladius mouse (a review of which you can check out here).

The Keyboard: Being somewhat of an amateur keyboard buff myself I decided to take a closer look at it and the keyboard uses Kailh Red switches. Kailh, a company based in China, famous for its role as the OEM for the Razer Green and Orange switches was criticized for the variance in actuation force between its switches some exhibiting variance as high as 20g. To put it simply, Kailh switches are the Chinese answer to Cherry MX switches and as far as answers go they are a pretty bad one. However the lighting profile comment on the Tactic Pro seems to be annuled here as there are multiple options include varying brightness, only WASD and pulsing making for a satisfying desk.

The Mouse: The ASUS ROG Gladius was a mouse we reviewed in depth and is a solid addition to your gaming desktop.

The Steam Trail is Thick

As it stands now as a long time PC user I find the GR8 underwhelming in two aspects: The processor and the lack of an ODD. The latter is an issue that can be fixed by opting for a processor with a higher performance cap and the former can be fixed by using a USB Optical Drive. The main reason for including lack of ODD as a drawback is because if the market being targeted is India not everybody has access to high speed internet and will not be able to take advantage of an all digital collection. Overall, we found the GR8 to be a great piece of hardware but the bone of contention as with any piece of tech is going to be the price it’s going to be released at.

Stay tuned for an indepth review of the GR8 soon right here on TechArx.