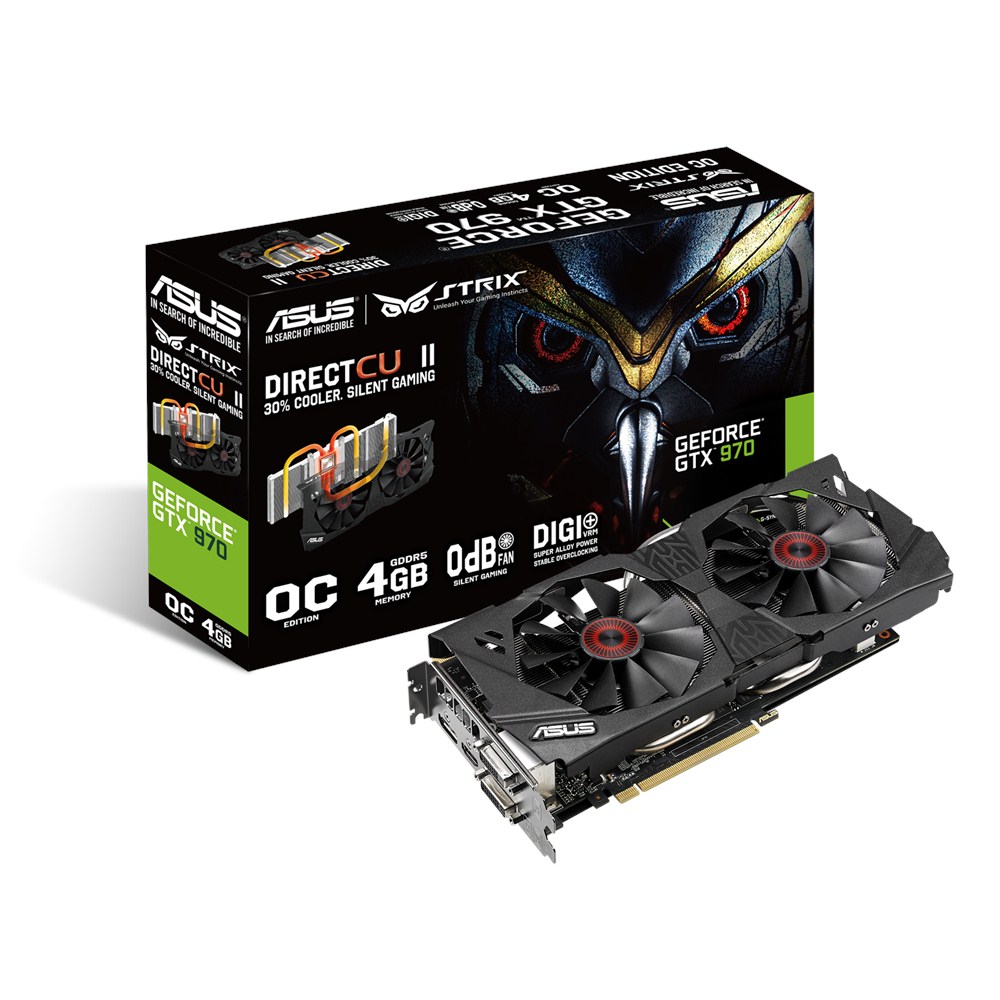 The second generation of Maxwell has been a big market disruptor. While the bigger, faster GTX980 set the bar for how flagship graphics cards should perform, the second in line, GTX970 brought R9 290X level performances in sub 30K price point and in turn forced the camp red to push prices down. Even with the 3.5GB RAM fiasco that has plagued the card, GTX970 remains a very strong contender from NVidia and a force to be reckoned with. The 970 is essentially a cut down version of the GTX980, featuring around 18% lesser CUDA cores and 12% less ROPs.

With the GTX970 however NVidia didn’t release many reference cards and from day one release we saw mostly third party solutions. While some manufacturers focused on brute performance, some featured exotic cooling and then some of them tried to balance silence and performance. Debuting with previous generation cards from both camps, ASUS’ STRIX SKU specifically is targeted towards silence, featuring 0db technology which makes the GPU fans spin only when the chip temperature crosses 65C. While some may argue that this negatively affects the idle temperatures of the card, fans are major perpetrators for noise and to build a completely silent system this technology plays a major part. I have seen many build logs centered on silence have featured STRIX GPUs and it remains popular among enthusiasts.

With Maxwell v2 ASUS can afford to take a step forward. The reduced power cost and thermals have opened up significant headroom for overclocking. The 970 STRIX is factory overclocked by default, 5% on the core clock (1114MHz v/s reference 1050MHz) and 6% on the boost clock (1253MHz v/s reference 1178MHz). The memory however runs at stock, resulting in an effective data rate of 7GHz. While these overclock numbers may seem small, for a card which is meant for silent operation, coming overclocked out of the box is a nice step.

Design wise, the card retains ASUS’ DCUII heatsink design. The aesthetic part of it is definitely appealing, as I noticed it in my earlier STRIX reviews, and the muted black heatsink with minimal design seems to be a hit. The backplate is a nice addition as well. The only thing that can make this design better is a nice white LED lit STRIX logo. 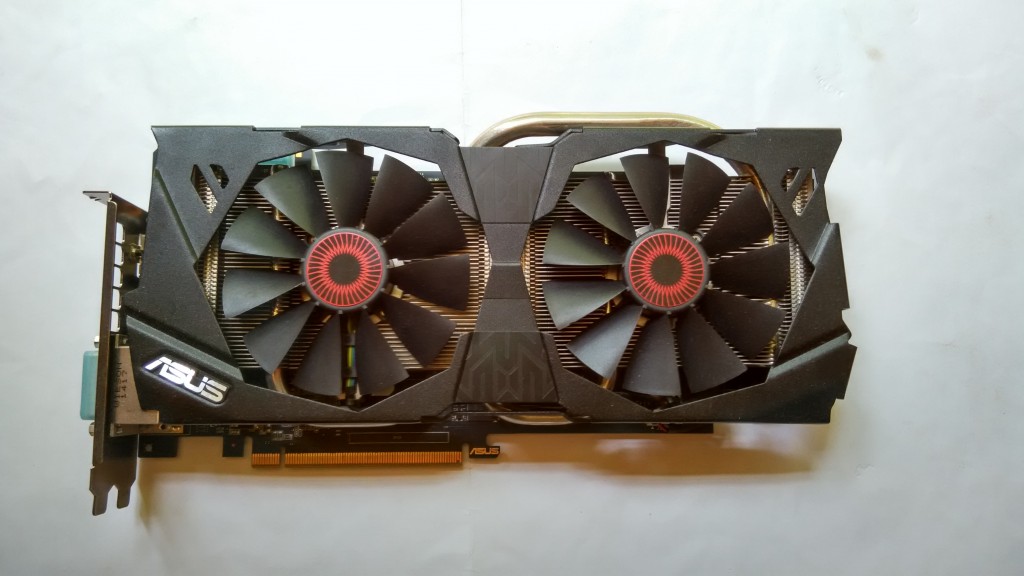 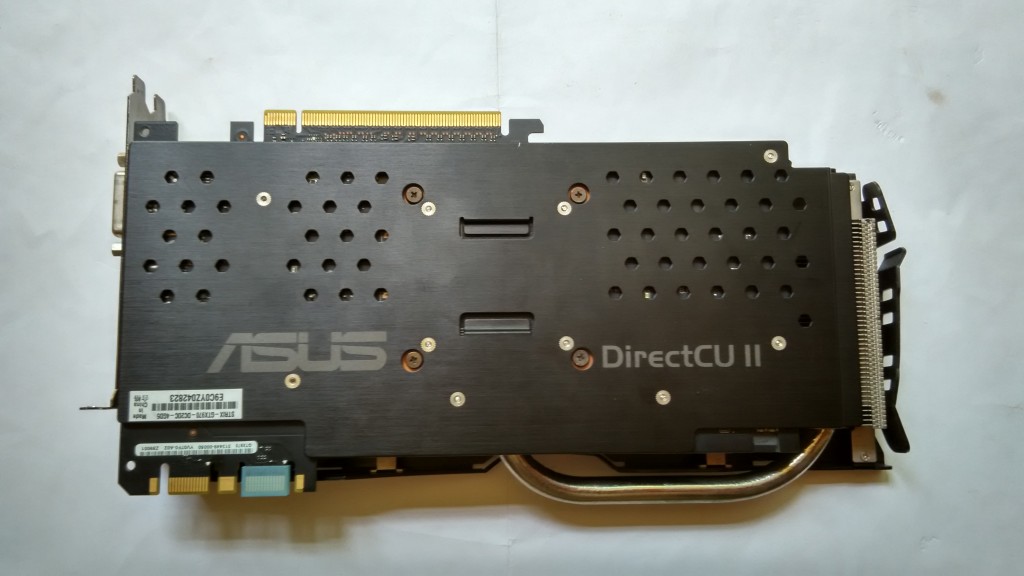 There are a total of three 10mm thick heatpipes and they touch the GPU chip directly with a Copper contact (Hence Direct+ Cu=Copper). ASUS is using a custom PCB with six phase power delivery system, and a single 8 pin connector is there for additional power for overclocking headroom as well as stability during those high overclocks. Despite this, the card’s TDP is listed as 145Watts. 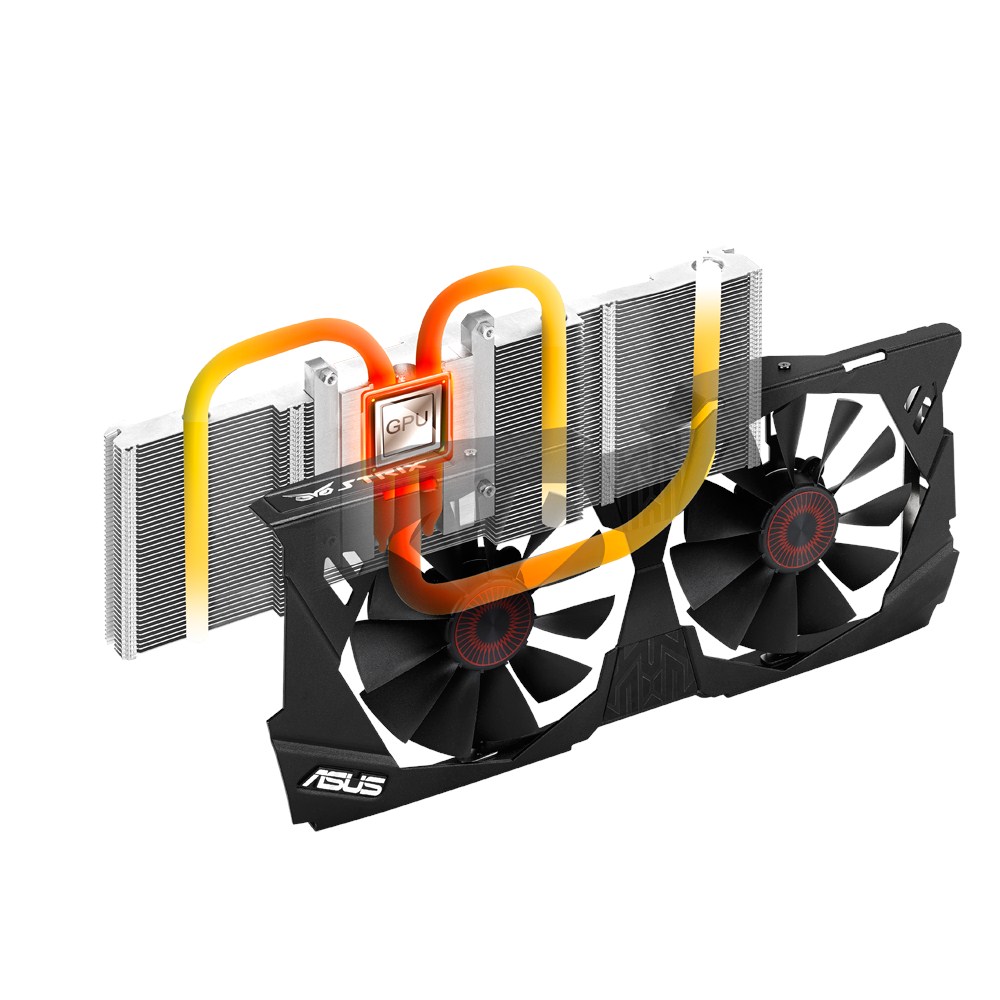 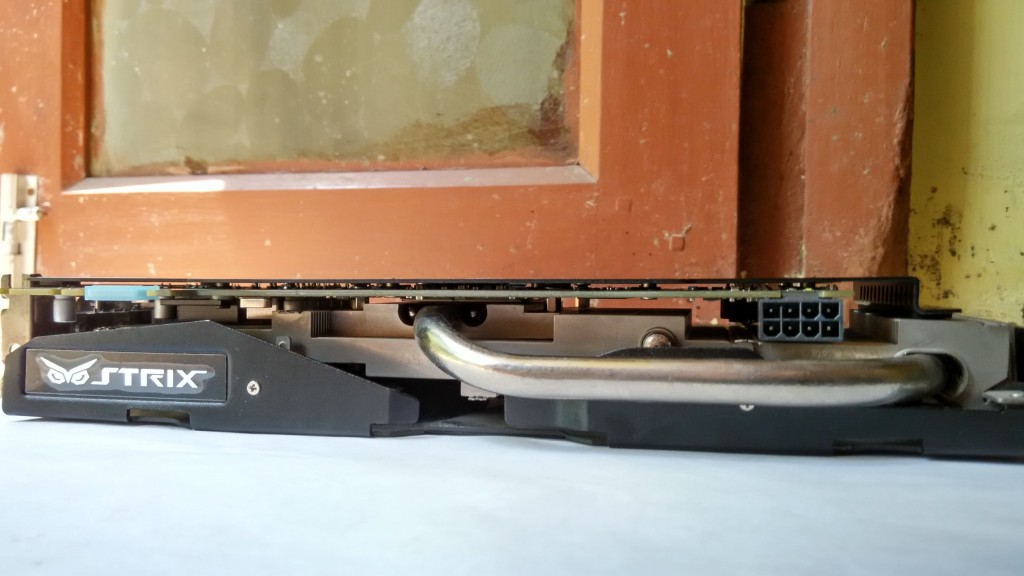 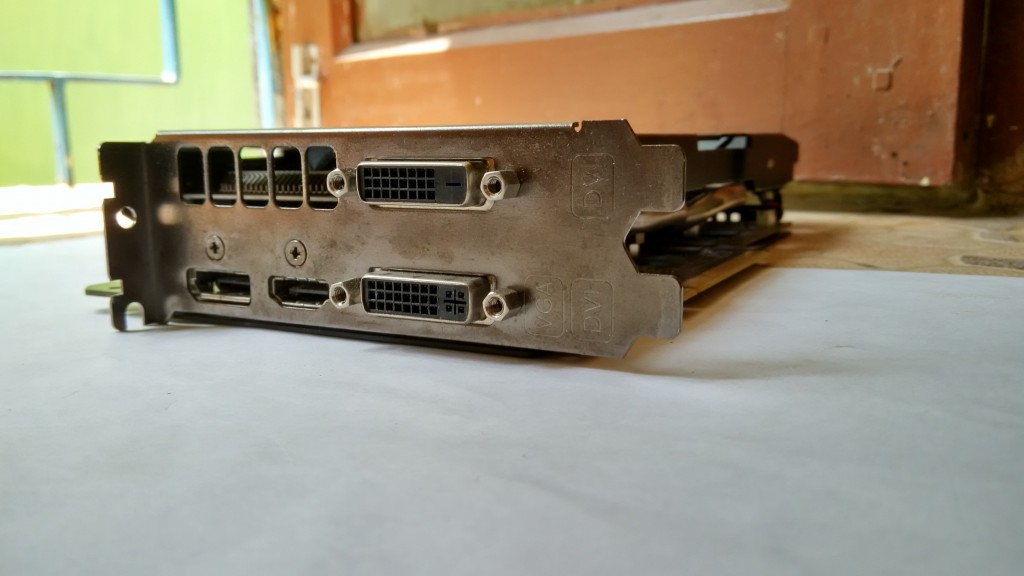 Expansion wise, the card supports 2/3/4 way SLI. Though more than two cards seldom bring in any actual benefits in games and most day-to-day applications, for benchmarking and compute they are required. 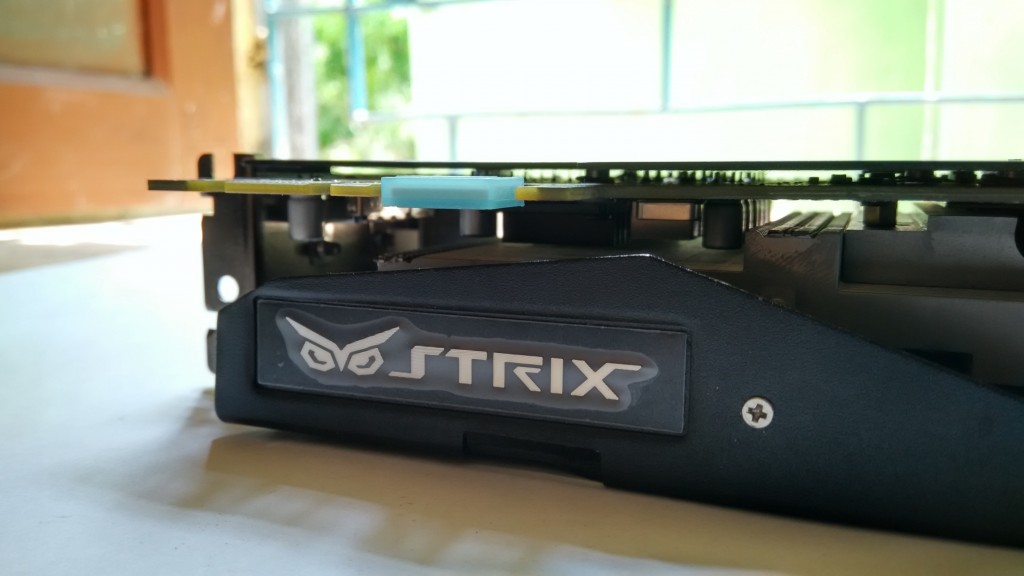 The following test system was used for this review. Thanks to Intel, ASUS, Kingston, Cooler Master and Corsair for their respective samples. 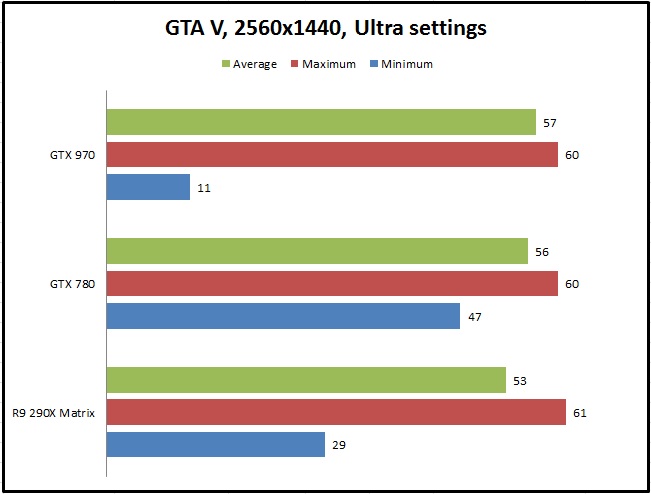 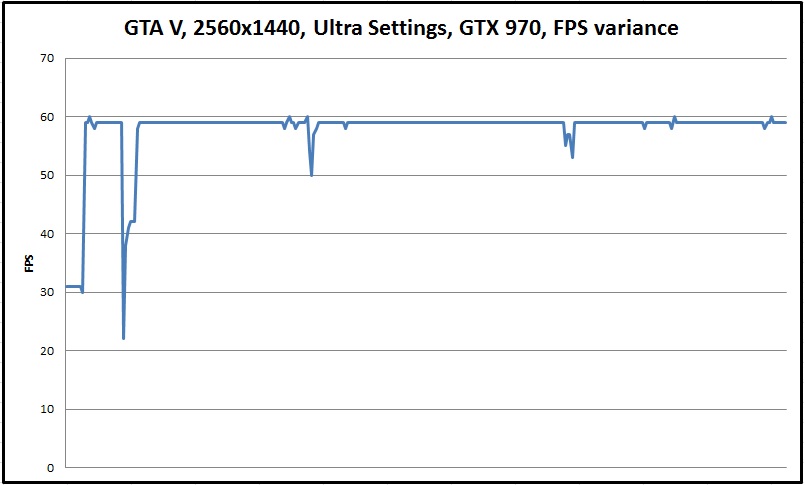 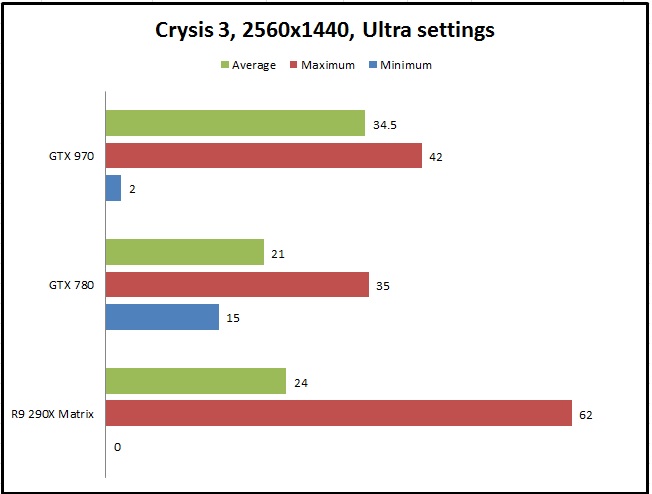 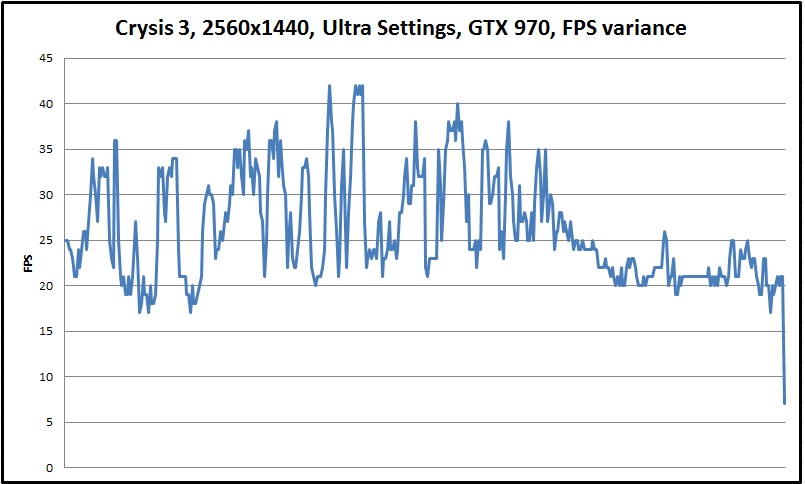 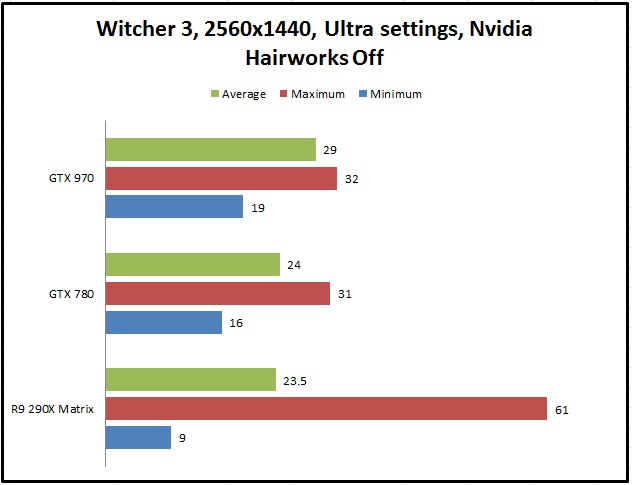 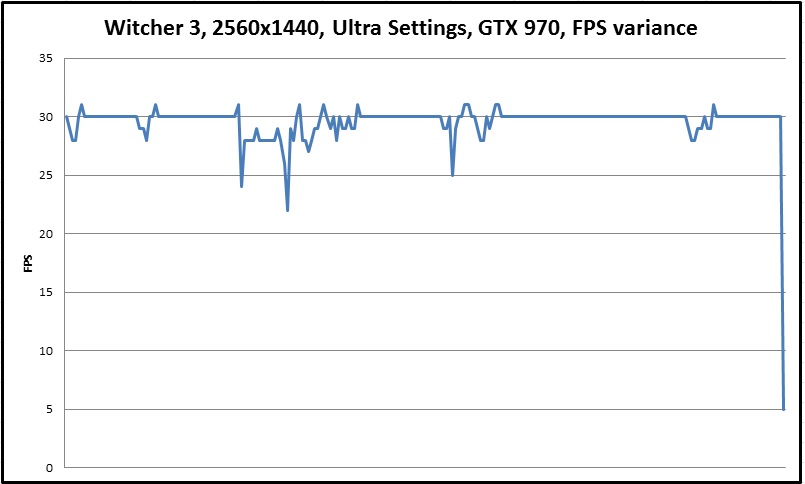 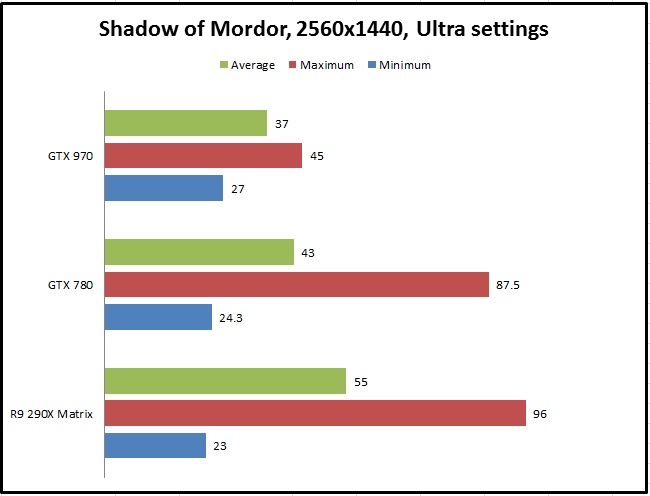 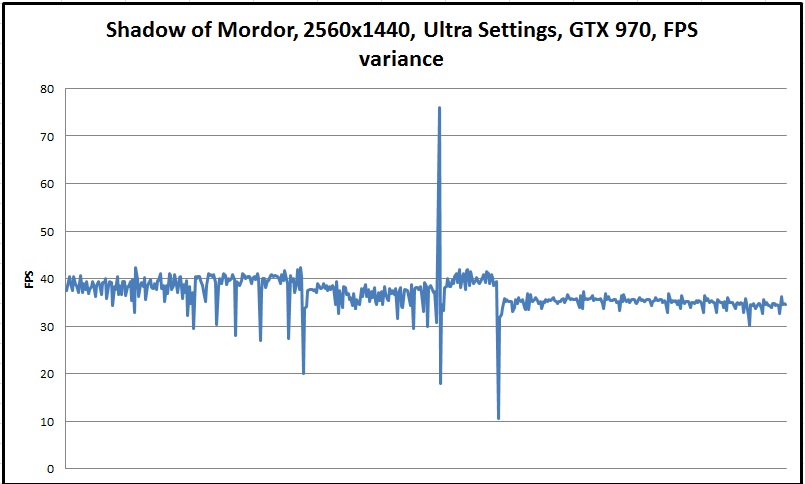 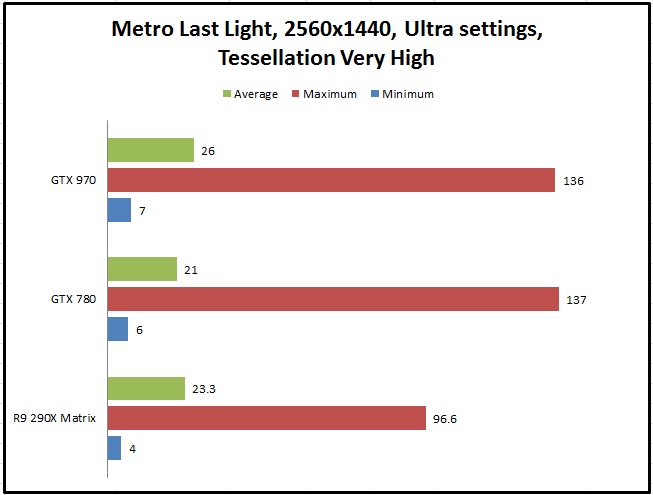 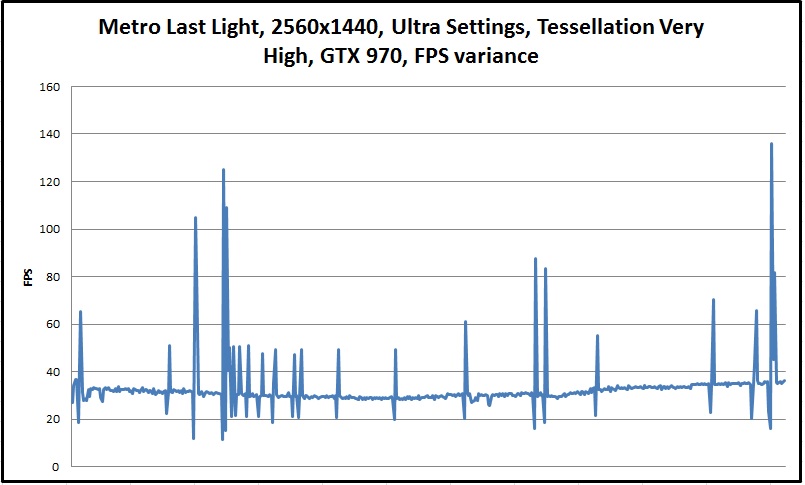 The STRIX 970 turned out to be a terrific overclocker. By I managed to push the card to a core clock of 1324MHz and a memory clock of 2003MHz, 18% and 14% over stock. The boost clock as a result got bumped to 1463MHz, which was a 17% overclock. Running Fire Strike with that overclock yielded 13% faster results. With 11,000+ points, this is approaching GTX980 territory.

During a 3DMark Fire Strike run I recorded the GPU temperatures via GPU-Z. The temperatures in the GTX970 STRIX OC never crossed 70C even when the GPU was at 100% load. 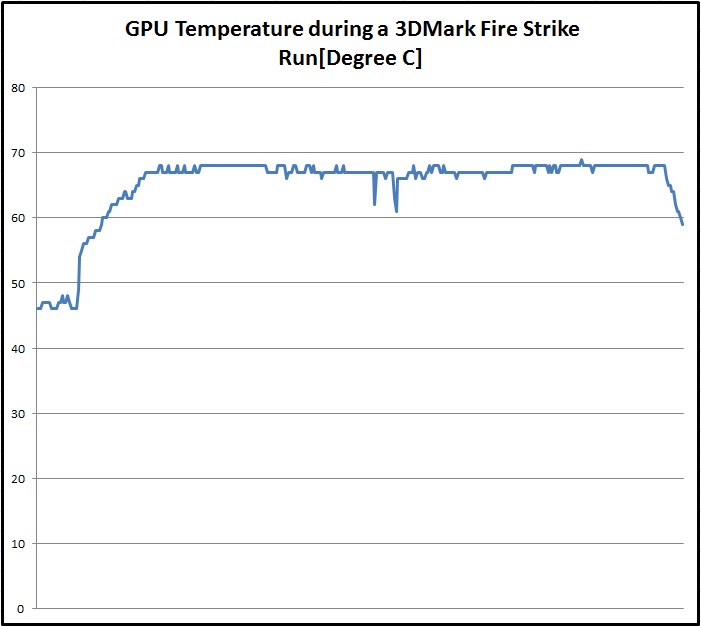 GTX970 is a good card even with the 3.5GB issue that NVidia never fully addressed. What we are seeing here is the absolute limit for the 28nm fabrication in Maxwell v2, and this time around the hammer has been hard on the market. GTX970 came in the market at a very aggressive price point, and basically nulled the advantage dominated by the R9 290 and R9 290X in the same market segment. Till date it remains a very attractive option and rightfully so. While prices of GTX780 have come down, the newer architecture, significantly less power consumption and similar performance makes the GTX970 a better buy. Versus the 290X, performance wise it is a tough call since there are no clear winners. The 290X wins in some games and the 970 in some, and with the 290X there are no issues of memory bandwidth. But the AMD card runs hotter and consumes around twice as much power. If you are concerned about those things then GTX970 should be the card for you.

During my testing I didn’t run into issues where a game was using more than 3.5GB of VRAM but when playing at higher resolutions it may become apparent in demanding games. The price difference between the GTX970 and the GTX980 ensures that AMD has a slight edge here in terms of performance.

The STRIX OC GTX970 is a wonderful GPU. Not only did it perform admirably, it overclocked like a beast and the overclocked scores came very close to GTX980 performance. The temperatures never crossed 70C even when the GPU was running at 100% load, which says a lot about the improved DCUII cooler ASUS is using. The design has always been one of the strong points in my opinion for the STRIX cards and when other manufacturers are moving in with over the top, gaudy designs, it is nice to see ASUS take a different route. This just needs a white LED lit STRIX logo to top it off.

Overall, the STRIX GTX970 OC is a great card for its price as long as you are aware of its limitations. Don’t expect this card to pull through in crazy resolutions. It is never meant for that. For 1080p and modest 1440p/1600p gaming, it should do the job quite nicely. And quietly, for that matter.