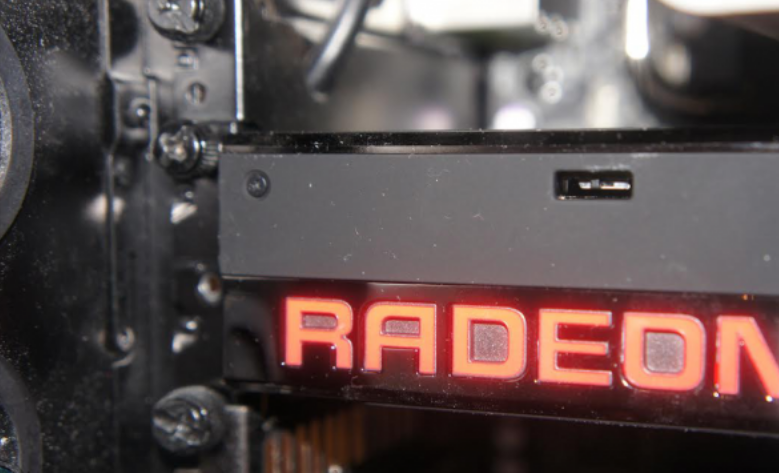 It won’t be long now before AMD announces its new high-end Fury X (Fiji XT) graphics card. While official specifications for the card aren’t available just yet, the folks over at Videocardz have leaked them from what they call “a good source with credible information.” With that, they’ve put it through its paces using the 3DMark FireStrike benchmarks, and the results are quite impressive, easily rivaling those put forth by NVIDIA’s Titan X card.

The Radeon Fury X also comes packed with HBM along side the GPU die. The GPU and HBM are allotted space on an interposer die which measures around 1000mm2. While the complete chip is larger than any previous GPU ever produced, HBM saves a lot of space around the PCB which would otherwise have been taken over by several GDDR5 chips. This leads to significantly smaller PCB and design schemes like the one we have seen in renders, reducing the cost and heat output of flagship graphics cards. The card comes packed with 4 GB of HBM memory that operates along a 4096-bit wide bus interface, clocked at 500 MHz and pumps out 512 GB/s bandwidth. The core clock is maintained at 1050 MHz for reference designs and leads to a total of 8.6 TFlops of FP32 compute performance. AMD has managed to squeeze more performance per watt out of their Fiji GPU compared to their last gen Hawaii GPU that is rated around 28.7 GFlops/W versus 19.4 GFlops/W.

The benchmark shows the Fiji XT based Radeon Fury X performing faster or 100 3DMarks better than the GeForce GTX 980 Ti in Firestrike Ultra and Extreme (both cards are clocked at reference speeds). The GeForce GTX 980 Ti OC shows additional performance due to higher clock speeds but we can expect the same from the Fury X which is designed for OC with its unique water cooling . The GeForce GTX Titan X is faster in 3DMark Firestrike Extreme but is slightly slower in 3DMark Firestrike Ultra compared to the Radeon Fury X due to its higher ROP count which will be beneficial in gaming at 4K and higher resolutions. 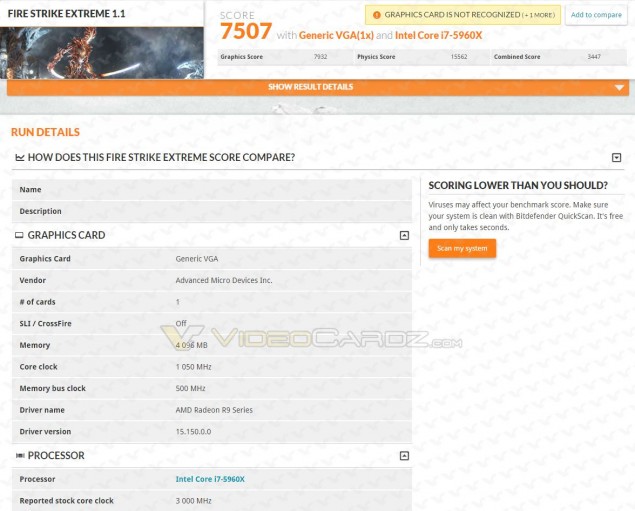 As for the results of the benchmarks, first we have the FireStrike Extreme test, which tests cards in 1440p resolution. Here, a single AMD Radeon Fury X scored 7,878, while the Titan X slightly edged it out with a score of 7,989. Moving to the 4K test, which 3DMark calls Firestrike Ultra, AMD’s card gets the nod slightly with a score of 3,960 while NVIDIA’s card achieved 3,862. They are extremely close in all of the tests, and the real world performance differences should be quite small. 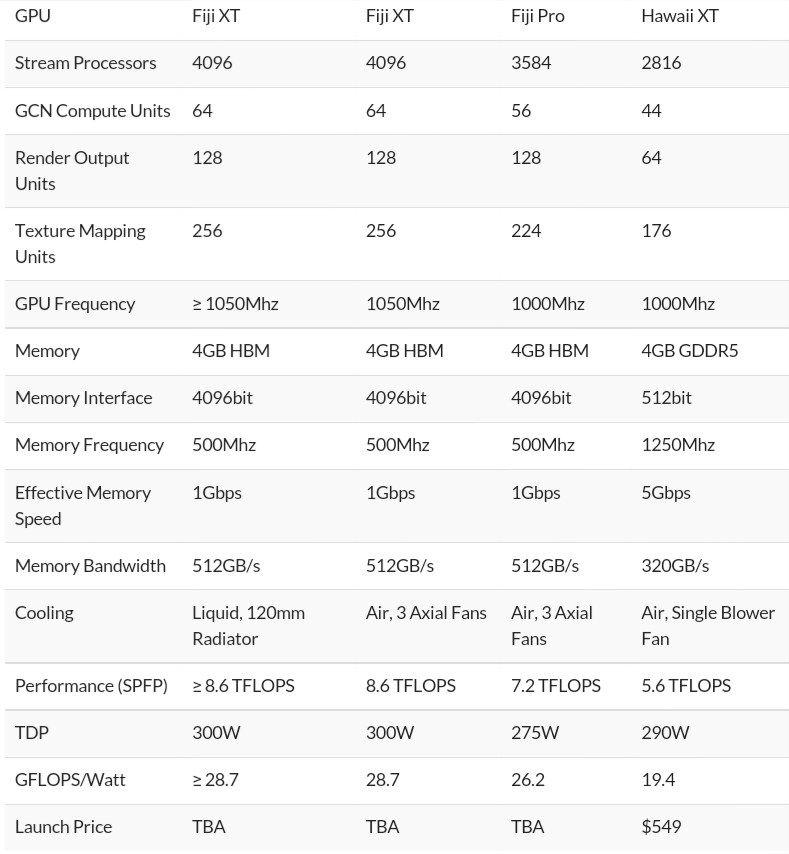