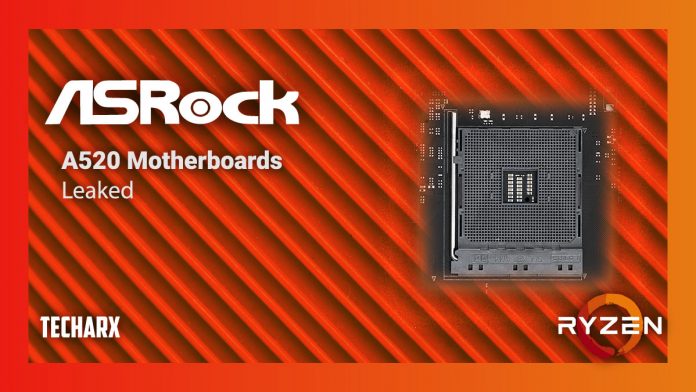 A large number of users have been disappointed with the prices of AMD’s B550 chipset based motherboards which have raised the prices extensively over its B450 options which were considered to be the best motherboards for Budget Ryzen PC Builders. AMD plans to introduce new A520 chipsets to its motherboard vendors to design and produce more affordable motherboard choices under the $150 US price tag which might be the go-to option for budget Ryzen 3000 ‘Matisse’ and Ryzen 4000 ‘Renoir’ Desktop PC builds.

At the time of writing 12 entry-level and budget-friendly A520 chipset based motherboards have been listed by EEC and registered by ASRock for regulatory approval at the EEC (European Economic Community). The A520 being the successor to the previous entry-level A320 chipset is designed with Ryzen 3 and Athlon Processors in mind which comes with a number of compromises in features over feature-rich and expensive B550 motherboards.

These are the 12 Models registered by ASRock at EEC as reported by Videocardz:

We are expecting these newly registered boards to arrive in late August or September but in the coming weeks there first will be B550 chipset based motherboards released first obviously.