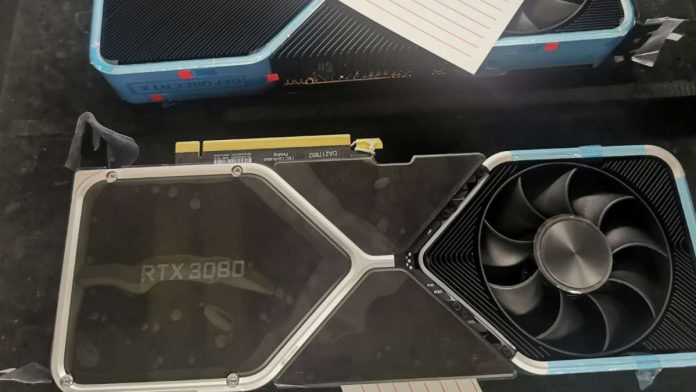 Looks like a few spy pictures of the upcoming NVIDIA GeForce RTX 3080 has been posted by an user in ChipHell Forums.

The card design features a two fan setup with an unconventional shroud design. We can see RTX 3080 backplate on one of the prototypes.

The RTX 3080 Features an V shaped PCB> This V shape has allowed Nvidia to to place a fan pushing the air through the PCB, without extending the PCB size. The design remind of the GTX 295 reference model from 2009.

We see no power connectors on this card, which means they must have been pushed to the sides like the Quadro models. There is also a new NV-Link like design near the IO brackets.

NVIDIA GeForce RTX 3080 features an Ampere-based GPU based on the 7nm TSMC Process. NVIDIA has not confirmed the launch date for these cards but looking at the leaks we can safely assume that the launch is near.