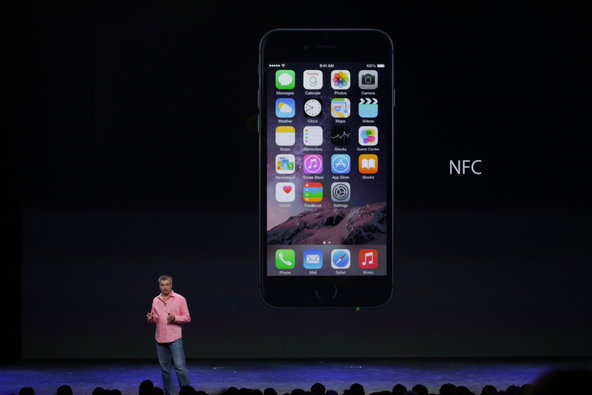 At the moment, Apple’s inclusion of NFC in the iPhone 6 and iPhone 6 Plus only serves one purpose: Apple Pay. Unfortunately, Apple wasn’t very keen to use NFC for much else, which means you either use it for its mobile payment service, or you don’t at all. That doesn’t appear to be changing anytime soon, though Apple is apparently talking up more partners for potential uses down the road.

According to The Information, Apple has been in contact with HID Global and Cubic, which are responsible for providing secure access to buildings and transit fare systems, respectively. So, it would seem, Apple wants to one day have your new iPhone 6 and iPhone 6 Plus (and future iPhone models) replace building and transit keycards. If it works anything like Apple’s Apple Pay system, all it would take is a quick reading of your fingerprint and you’d be on your way.

It’s unclear how advanced discussions are, and whether or not Apple is also looking into other possible uses for its Passbook/Touch ID combo. But given Apple’s propensity for being more open—whoever thought we’d see third-party keyboards?—maybe we’ll see that NFC chip put to more use in the future. Using your iPhone for transit in particular could be great for tech-centric cities like San Francisco and New York City, so I’m sure many iPhone users will be hoping these discussions lead to good news.

Apple has flexed its muscle to secure partnerships and raise awareness with banks and merchants for its Apple Pay service, though there has been some backlash from retailers looking to introduce their own mobile payment system. Considering just how seamless and easy Apple Pay is to use, along with Apple’s ability to secure deals no other company can, your iPhone 6 or iPhone 6 Plus could very easily become the hub of absolutely everything you do in the future, whether it’s traveling across the city, buying some lunch, or gaining access to your apartment building.

I mean, we’ve seen just how easy and quick Apple Pay is to use. Imagine that same experience elsewhere, and suddenly an entire world of potential opens up.