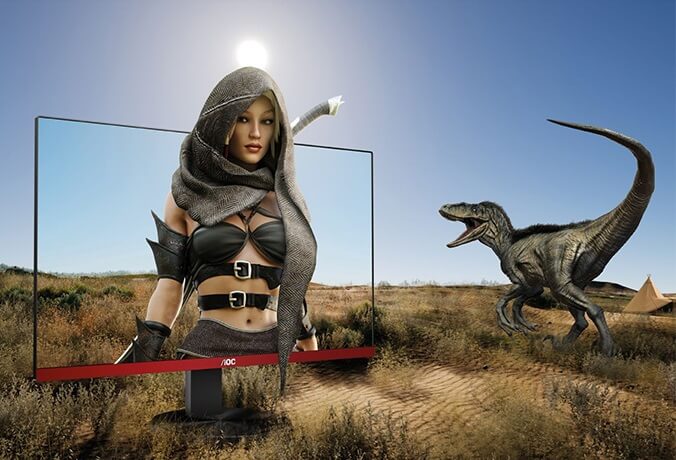 Gamers on a budget rejoice, as AOC launches its new G90 series of monitors, sporting refresh rates up to 144 Hz, 1ms response time with AMD’s Freesync technology. The new G90 lineup shall sit in AOC’s entry-level gaming display segment and obviously will be somewhat apart from the superior AGON series, designed for more demanding gamers and enthusiasts but we can’t say the same for the design and firmware as the former looks to be inspired from the premium AGON monitors.

All are TN panels featuring FHD resolution, brightness of 250-400 nits, 1000:1 contrast ratio, 1 ms GtG response time, and 170°/160° horizontal/vertical viewing angles, a standard for affordable TN LCD models. When it comes to design, the three models under this lineup sport similar looks with thin bezels, “gaming red” inlays, but have different stand-adjustment abilities. As mentioned, all three displays are packed with AMD’s FreeSync dynamic refresh rate technology with low framerate compensation (LFC), with a range of 30-144 Hz for the G2590PX and G2790PX and a 30-75 Hz range even for the cheapest G2590VXQ. They also have support for AOC’s low input lag feature as well as Shadow Control enhancement which diminished eye-strain by making dark scenes brighter. 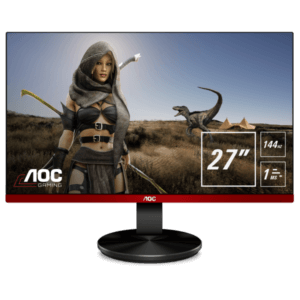 The AOC G90 family can be considered by a wide range of gamers as it offers various input options to the users such as DisplayPort, D-Sub, MHL (for the 24.5 models) and the 2 x HDMI enables hassle-free usage of both PC as well as consoles in one display. 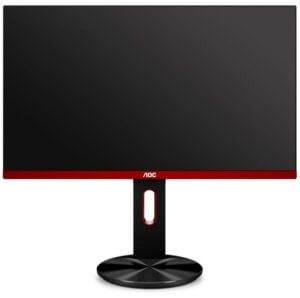 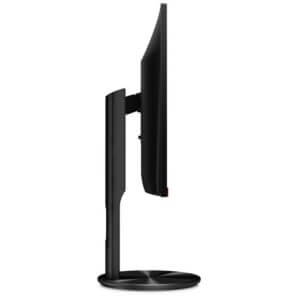