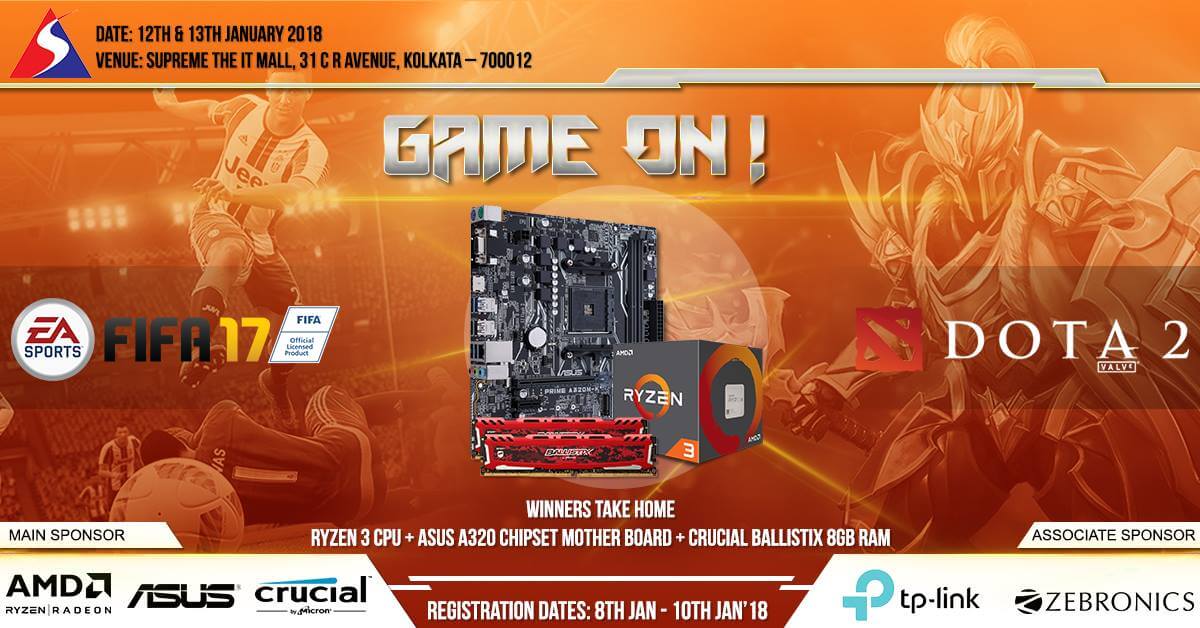 AMD presents the Kolkata edition of GAMEON on 12th and 13th January 2018. 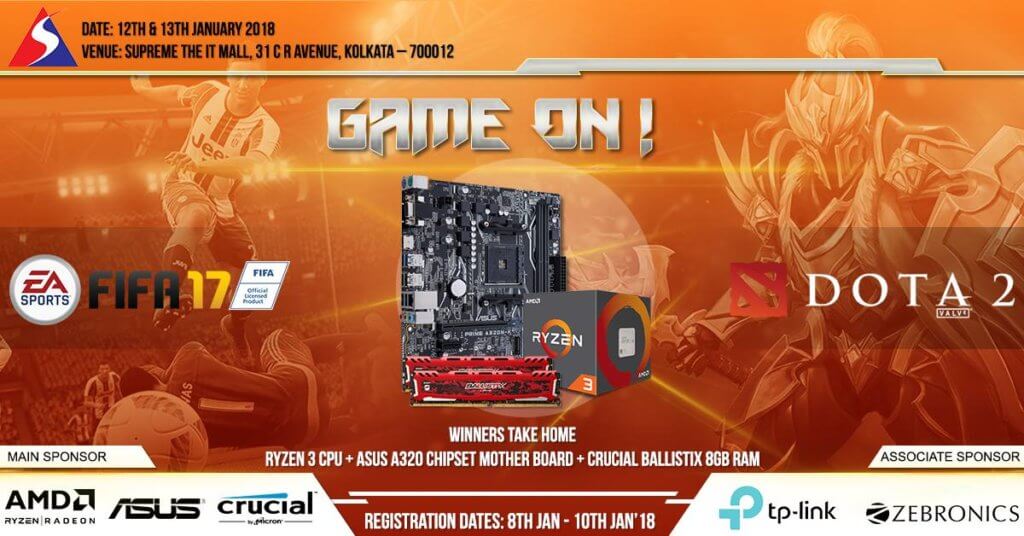 Fifa and Dota 2 players of Kolkata, its time to brush up those skills because AMD is bringing you a 1 vs 1 tournament on 12th and 13th of January. AMD presents GAME On, an event comprising of two games – FIFA 17 and DOTA 2.

The winner of each tournament will receive –

Now isn’t that an amazing list of prizes? truly fitting for a gamer. There are lots of goodies for participants and runner-up as well.

On 12th of January, the FIFA 17 tournament will take place which will be 1v1.(Rules will be announced shortly).

On 13th of January, the DOTA 2 tournament will take place and it will be the ol classic 1V1 SOLO MID contest.  The rules of the game are simple – the First person to get two kills or one Tower down wins the match. This particular mode has been selected by the organizers since it has the lowest time span of completion.

So what are you waiting for Kolkata gamers, get yourself registered for the event now? Hurry, because the last date of registration is the 10th of January.