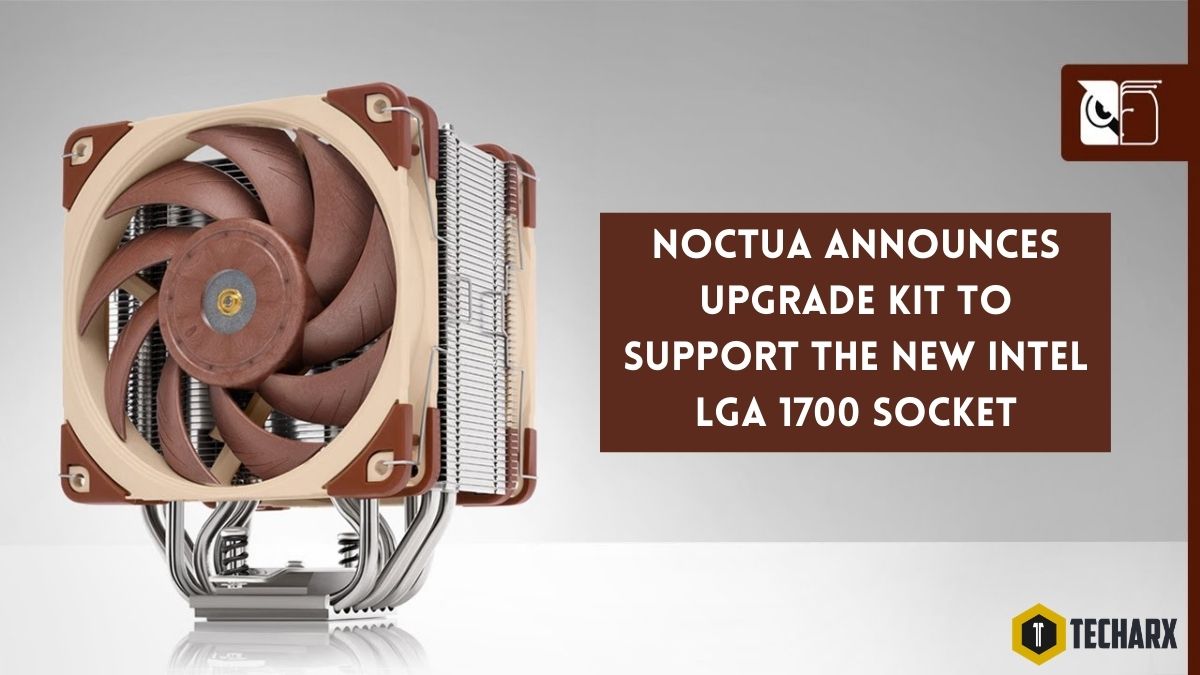 In a recent Twitter reply, Noctua has confirmed that they are working on an upgrade kit so CPU Coolers can work with Intel LGA 1700 CPUs.

If you own a Noctua cooler you may be looking to upgrade due to cooler compatibility with Intel’s next-generation Alder Lake CPUs which support the new LGA 1700 socket. In a recent Twitter reply, Noctua has confirmed that they are working on an upgrade kit for the upcoming Intel LGA 1700 socket.

So far it has been confirmed for their NH-U12A CPU cooler but we can also expect upgrade kits for all their other popular CPU coolers as well. The good news is that this upgrade kit will be available to owners of the Noctua coolers for free and also will be bundled in new units.

The Intel Alder Lake lineup will be the first Intel desktop processor series to feature their 10nm Enhanced SuperFin process node. Alder Lake introduces more than just an architectural upgrade. The Alder lake CPUs feature smaller “Atom” & bigger “Core” cores and the Chip would be taller than the previous square-shaped chips we have seen from Intel. Alder Lake CPUs have a rectangular shape (37.5 x 45.0mm) but the older and current-gen Intel CPUs are square-shaped (37.5 x 37.5mm).

This makes Intel’s new LGA 1700 socket larger than today’s mainstream desktop CPUs except for the larger Threadripper CPUs by AMD. Other brands have offered upgrade kits previously for their CPU coolers as well. It’s great to see that Noctua would be rolling out these upgrade kits for free.