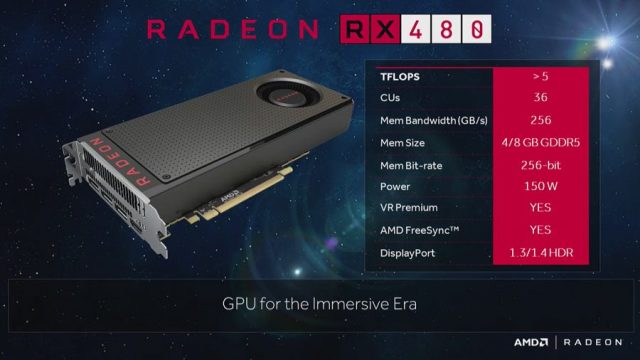 AMD’s upcoming enthusiast grade powerhouse, the AMD RX-480, is undoubtedly THE most hotly anticipated graphics card at the current moment.The Rx-480 “Polaris 10” GPU is based on a 14 nm FinFET graphics chip, brandishing 2304 GCN 4.0 cores, and a 256-bit bus. Even though it IS a mid-range GPU, AMD’s claims about its bells and whistles and all their promises of bringing high end, enthusiast grade performance down to a readily affordable niche (With an expected price tag of $199 for the 4 GB version, and expected $229 to $239 for the 8 GB variants) have managed to turn more heads than they could’ve anticipated.

Ever since “The Reveal”, there have been plenty of leaks about the GPU, most hinting at the performance being on par with Nvidia’s GTX 980.  But, it wasn’t long enough before information about the card’s overclocking potential started rolling in from almost everywhere. Most notably, though, is one where the GPU is said to have been clocked at 1400 Mhz and was slightly behind a bare-bones, stock GTX 1070, as you can see below. 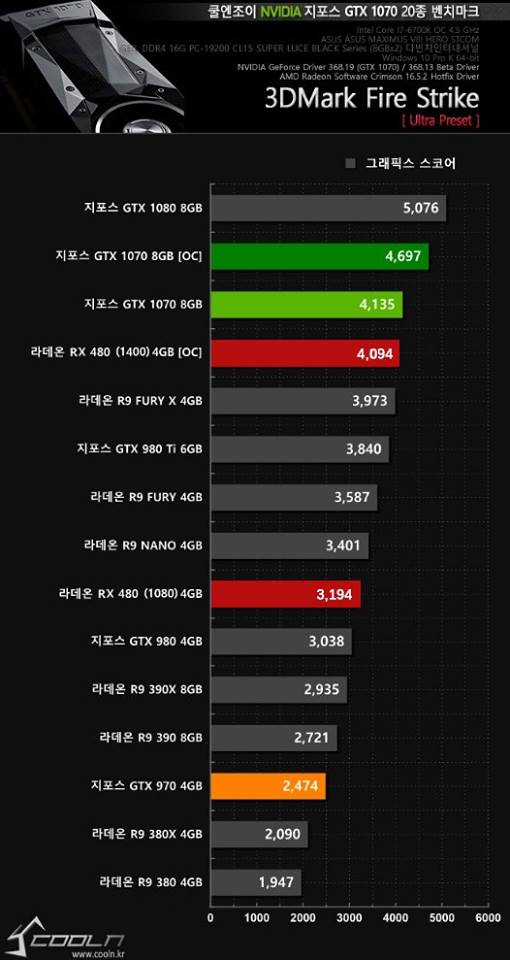 Stock clock speeds for the RX -480 supposedly linger around 1080 MHz, with a boost clock of approximately 1266 MHz on the reference PCB. However, the new leak suggests that an overclock to 1400 MHz on a general, air-cooled RX-480 would be the standard cap for users who opt out of high-fidelity cooling solutions. While this sounds very appetizing, it also theoretically implies that the factory overclocked variants with optimized power delivery and proper thermal dissipation solutions going as far as 1500 MHz+. All that sounds even more tempting once you factor in the hypothetical possibilities and the overclocking potential of a water-cooled RX 480.

As if this hasn’t been enough, AMD promises more control over thee GPU in terms of raw overclocking, by giving users the ability to unlock voltage control through AMD’s own overclocking utility, Overdrive, which is quite a bold move for a manufacturer to make, given how 4 out of 10 people buying the GPU won’t be pushing the card too much over its stock or factory overclocked speeds, and since slightly higher voltages and thermals won’t be hurting the GPU. But, once proper care is taken, AMD have also promised that users can effectively extract every drop of performance from the GPU, which is good news for enthusiasts and the standard consumer segment.

The  AMD RX-480 is also expected to draw a mere 100 watts under high load, out of 150 watts of power supposedly available to it via. PCI express and a dedicated 6-pin PCIe connector. This is a particularly great bit of news because it not only provides a larger OC headroom, the aforementioned “proper” variants will, most likely, take complete advantage of this, even going as far as equipping an additional 8-pin power inlet to increase the voltage headroom for extreme overclocking sessions.

This GPU, ladies and gentlemen and closet trolls of all faces, is most certainly one to watch out for. Not only are AMD claiming it to be capable of going toe to toe with Nvidia’s GTX 970 and 980, but a salt-grain driven run through of these leaks suggests that it will also be competing with hardware far beyond its target demographic – the Fury X, GTX 980Ti, GTX 1070, and even the much discussed Titan X!

Let us know if you plan to buy one of these down in the comments section below and, as always, keep watching this space for more.